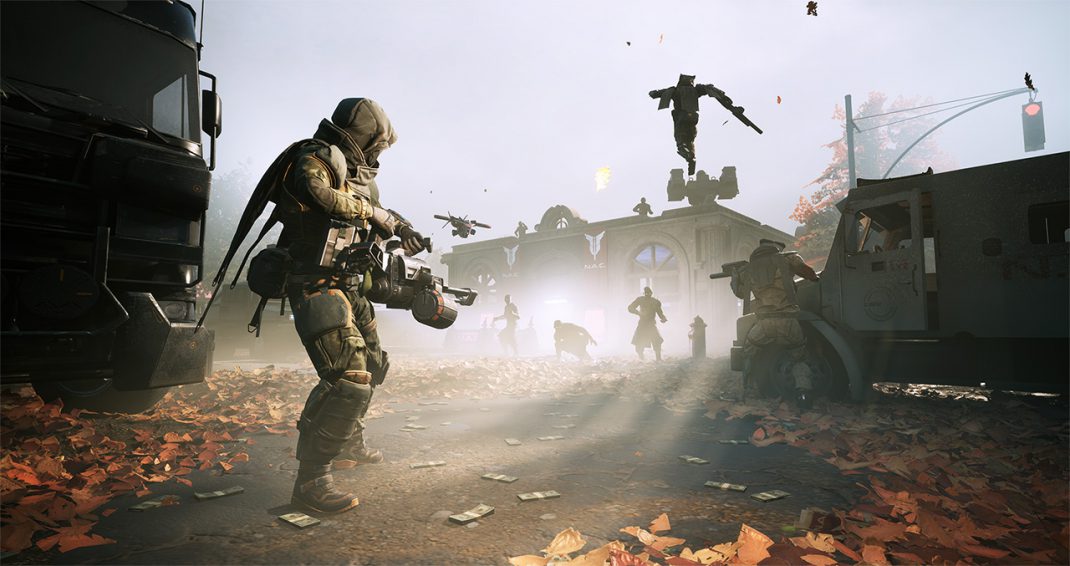 The video explains the background story set in a dystopian America and shows several ways to solve conflicts against the inhuman enemies that got infected by the CORRUPTION. Different types of weapons, special augmentation skills like shields, leaps, decoys and camouflage as well as partially destructible environment and advantageous positions offer numerous opportunities to overcome the opposition.