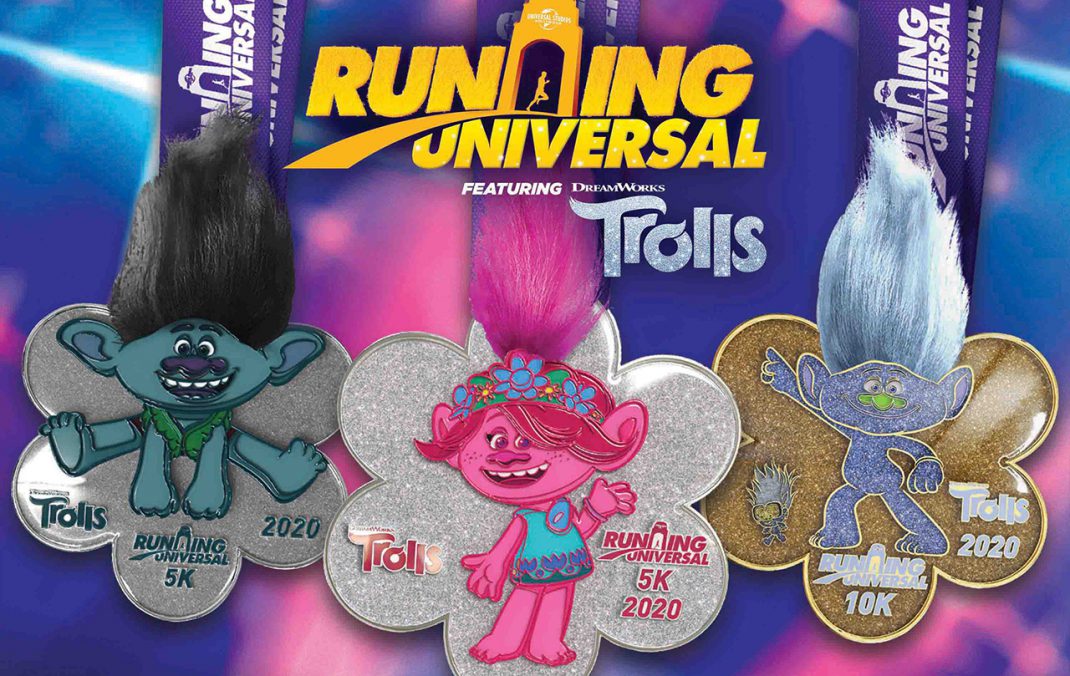 This spirited run invites guests to get in the groove and find their happy place as they navigate the theme park and portions of the world-famous backlot while being entertained by characters from the 2016 animated blockbuster and the upcoming sequel, Trolls World Tour (in theaters April 17, 2020), including Poppy (voiced by Anna Kendrick in the films), Branch (voiced by Justin Timberlake) and Guy Diamond, among other DreamWorks Animation characters such as Shrek®, Princess Fiona and Puss in Boots; Po and Tigress, as well as Alex and King Julien.

Registration is now open, but space is limited. Click here for race times, to register and to learn more about the various ticket packages, including Standard, VIP and Play All Day, which includes a one-day park admission to Universal Studios Hollywood. All packages include complimentary parking and post-race refreshments and beverages.

Universal Orlando Resort will be hosting its inaugural Running Universal Epic Character Race 5K and 10K weekend on February 1-2, 2020. For more information about “Running Universal” events both in Hollywood and Orlando, visit runninguniversal.com.