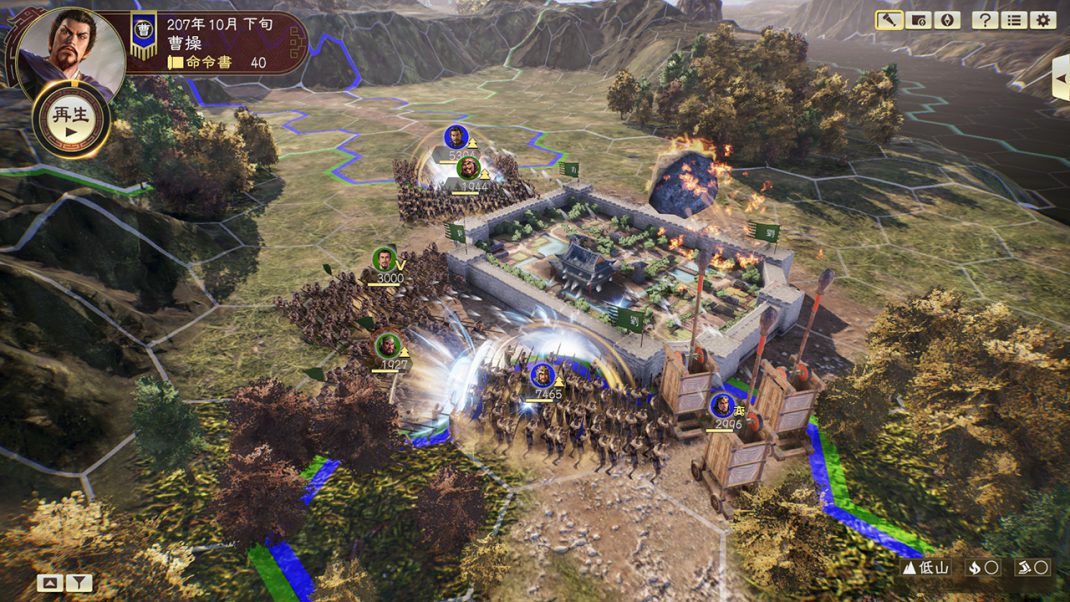 Burlingame, Calif. – January 16, 2020 – KOEI TECMO America revealed the diplomacy and plot gameplay features for their greatly-anticipated strategy game, Romance of The Three Kingdoms XIV (RTK14). The return of the iconic franchise is set to launch across the West on February 28, 2020 for the PlayStation®4 Computer Entertainment System and digitally on Windows PC via Steam®.

In RTK14, it’s important to have a large number of forces surrounding you, and actively pursuing relations with allies and the opposition is required to succeed in battle. ‘Goodwill’ with another army can be improved through gifts such as gold, supplies, or specialty goods — and as goodwill increases, relations will improve with a possibility of forming an alliance. Forming an alliance prevents the player from attacking their new partners or conquering their territory, but at the same time allows them to maintain their supply lines while passing through ally territory. As the bond between the forces deepen, players can even request their ally to attack an opponent to help improve any dire situation. If an alliance isn’t working, or no longer useful, it can be annulled allowing the forces to be separated.

Additionally, players can take advantage of ally units by using ‘Plots’. As the game progresses, this becomes a key way to weaken an enemy force. RTK14 offers players a total of five types of schemes: Hidden Poison, Estrange, Placation, Unattended Home and Dual Destruction – allowing different strategies to be used depending on the situation at hand. Hidden Poison lowers the development and public order of the targeted Force, and can cause bandits from foreign tribes to appear. Estrange lowers the loyalty of the target officer through bad rumors about their ruler. Placation targets the people of free areas, or areas under the control of other forces, in order to gain control of the area core. Unattended Home incites a viceroy or governor into leaving their current Force and going it along. Finally, Dual Destruction spreads damaging rumors about one Force within the territory of another. The success of any of these schemes can have a massive impact on the overall battle situation, though failure can cause relations with the affected force to grow considerably worse.

Increasing relations with foreign units is also important as only non-enemy units can be forced to surrender. Using the ‘Foreign’ function, players can request the return of captured officers as well as use the Order Surrender command. Careful planning and preparation are required to ensure that a surrender is successful.

Romance of The Three Kingdoms XIV is now available for pre-order. Those who purchase any version of the game within the first two weeks of launch will be able to download the additional scenario ‘Battle of Yiling’ for free.