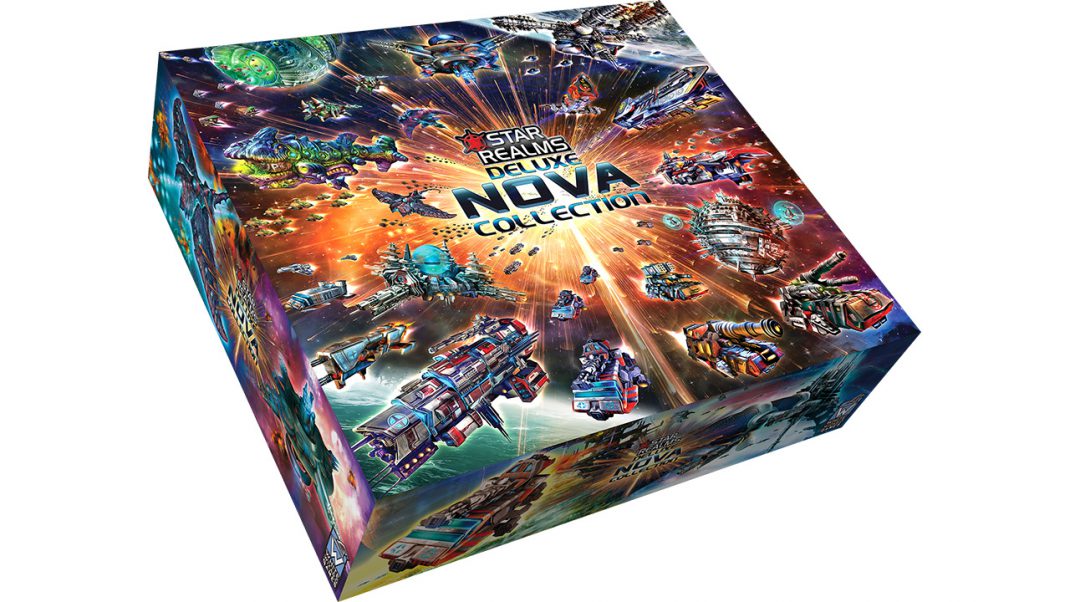 January 15, 2020 – White Wizard Games is excited to announce that the Star Realms Deluxe Nova collection is now live on Kickstarter.

Star Realms is an explosively-popular Deckbuilding Game that combines the fun of a deckbuilding game with the interactivity of trading card game-style combat. Star Realms has won 7 Game of the Year awards, and was recently included in the BoardGameGeek.com top 10 most played games of all time list. This deluxe version is perfect for new players and long-time fans. 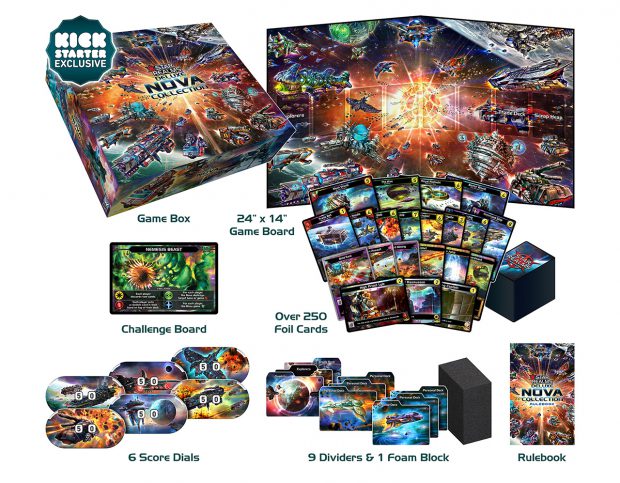 The Star Realms Deluxe Nova Collection is priced at $99, with early bird pricing for the first two days of $89. For brick and mortar retailers, there is a discounted Retail Kit Tier.