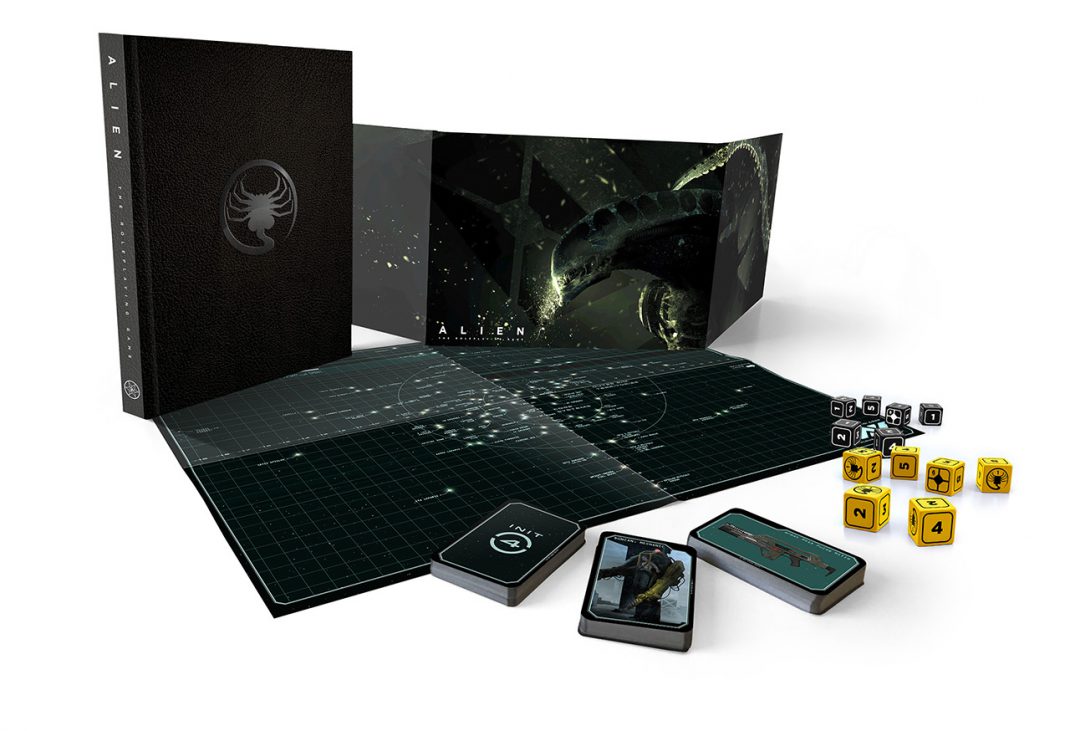 December 10, 2019 – Today, Free League Publishing officially launched the ALIEN roleplaying game worldwide, along with a host of supplements. The game is now available at the Free League webshop, at DrivethruRPG, and in retail stores worldwide. Pre-orders both to consumers and distributors have been selling fast, and the core rulebook is already being reprinted.

The ALIEN RPG core rulebook, published in partnership with 20th Century Fox, is a beautifully illustrated full-color hardcover book, both presenting the world of ALIEN in the year 2183 and a fast and effective ruleset designed specifically to enhance the ALIEN experience.

Alongside the core book, Free League is releasing the Chariot of the Gods scenario by Andrew E.C Gaska, two sets of custom dice, a GM Screen, a custom card deck, and Maps & Markers Pack including a huge star map of chartered space in 2183 AD.

The ALIEN RPG core book and its supplements can be found at the Free League webshop, at DrivethruRPG, and in retail stores worldwide. Due to the high demand, both the core rulebook and the Chariot of the Gods scenario are already being reprinted.

The ALIEN RPG can be played in two distinct game modes: Cinematic play and Campaign play. Cinematic play is based on pre-made scenarios that emulate the dramatic arc of an ALIEN film. Designed to be played in a single session, this game mode emphasizes high stakes and fast and brutal play. Player characters are not all expected to survive. Campaign play is designed for longer continuous play with the same cast of characters over many game sessions, letting players explore the ALIEN universe freely, sandbox style.

The rules of the game are designed by game director Tomas Härenstam and based on the Year Zero Engine, used in award-winning games such as Tales From the Loop, Forbidden Lands, and Mutant: Year Zero, but adapted and further developed to fully support and enhance the core themes of ALIEN: horror and action in the cold darkness of space.