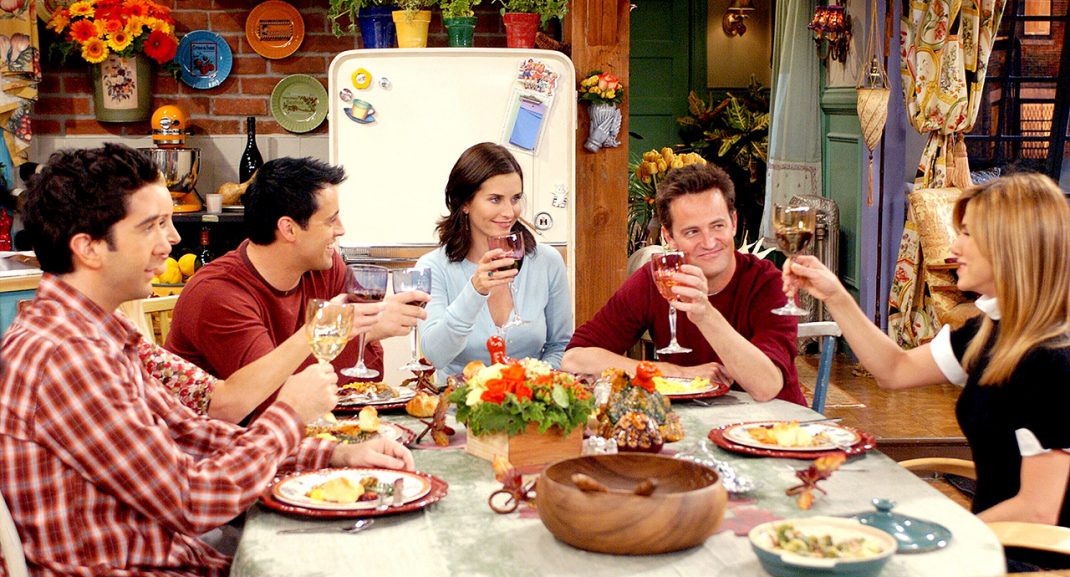 BURBANK, Calif. (November 19, 2019) – Warner Bros. Television and Prop Store are joining forces for Giving Tuesday as part of the series’ 25th anniversary celebration. For the first time ever, Friends fans and collectors can bid on props, costumes, studio-edition authorized reproductions, set decoration and production material from the beloved series. Proceeds from the auction will benefit The Trevor Project, the world’s largest suicide prevention and crisis intervention organization for LGBTQ young people.

Bidding from around the world begins on Giving Tuesday, December 3, 2019, and runs until December 17, 2019. Fans that sign up for the auction are also eligible to win a production script from Friends. Complete contest rules can be found at PropStore.com/FRIENDS. Each item comes with a Warner Bros. Certificate of Authenticity. Giving Tuesday is a global generosity movement unleashing the power of people and organizations to transform their communities and the world on December 3, 2019, and every day.

As one of the leading film and TV memorabilia companies, Prop Store will offer over 100 lots spanning all 10 seasons of Friends, straight from the Warner Bros. Archive. Brandon Alinger, COO of Prop Store, commented on the upcoming auction saying, “Prop Store is thrilled to be working with Warner Bros. to auction some incredible material from all 10 seasons of Friends. The series gave us so many laughs during its original run and continues to entertain and inspire fans around the world. It’s an honor to be able to bring some amazing original pieces to the fans, such as Joey’s original Hugsy doll. We’re also happy to offer detailed studio-edition reproductions, including the Holiday Armadillo costume, Central Perk couch and ten copies of Monica’s peephole door frame, straight from the Warner Bros. Props department.”

Highlights from the upcoming auction that fans and collectors can bid on with estimated sale prices include:

A selection of lots will be available to view in the Friends Boston Pop-Up starting November 21, and an auction preview is now available where bidders can register at PropStore.com/FRIENDS. Proceeds from this sale will benefit The Trevor Project. Learn more about the organization’s crisis and suicide prevention services for LGBTQ youth at thetrevorproject.org.