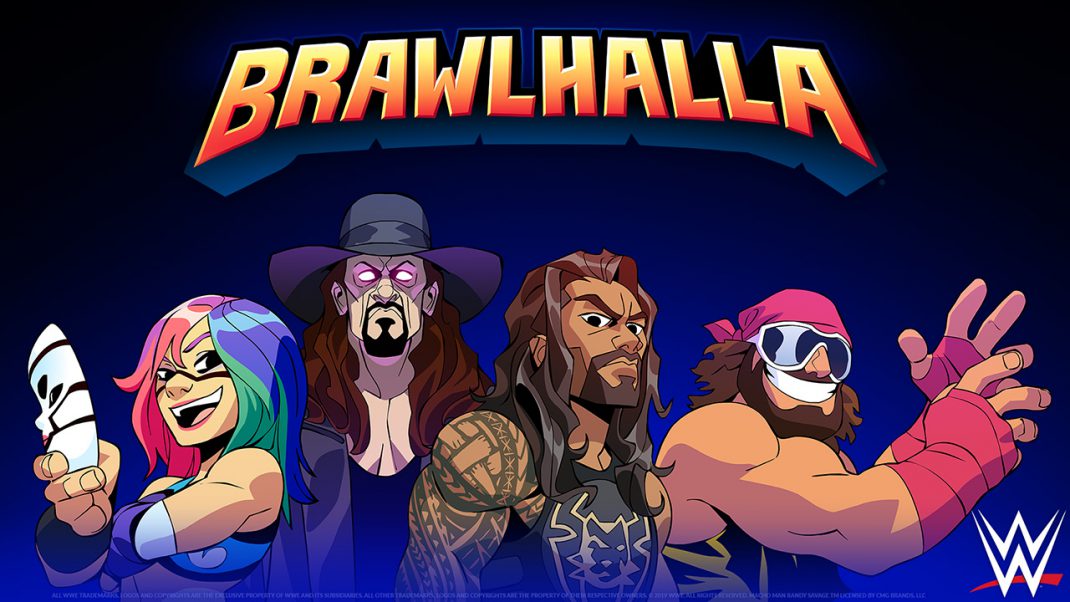 The free game mode, Brawldown, is also returning as the Brawl of the Week, which includes a ring, breakable tables and fun rope physics.

The following WWE Superstar Epic Crossovers will be available for 300 Mammoth coins each:

WWE Superstar Epic Crossovers will still be available for purchase after the event concludes.

Developed by Blue Mammoth, Brawlhalla is an epic free-to-play platform fighting game that brings players to the fight for glory in the halls of Valhalla. Brawlhalla supports cross-platform play for more than 30 million players on the Nintendo Switch™ system, PlayStation®4 system, the Xbox One family of devices including Xbox One X, and Windows PC. Choosing from over 47 unique characters, players can jump into single-player and co-op modes as well as online and local competitions.