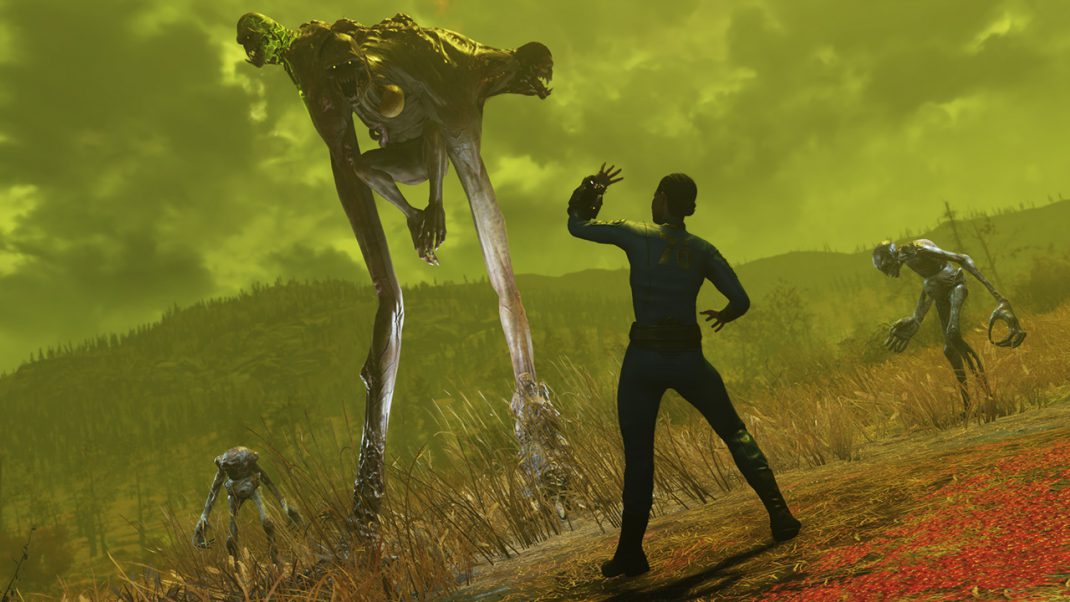 10/17/2019 – As we approach the one-year anniversary of the launch of Fallout 76, we wanted to take a moment to talk about Wastelanders, provide an update on a few areas of the game, and share why we’re so optimistic about the future.

We’ve been hard at work on Fallout 76 this year, including our biggest free update yet, Wastelanders. We’re excited about how Wastelanders is coming together but it’s going to need more time to be the best, most polished update it can be, so we are delaying its release to Q1 next year. We’ve continued to re-evaluate and change our processes to make sure the work we’re doing hits our quality bar, and yours. We apologize for this delay but know it will be worth the extra time.

Wastelanders is turning out to be one of the largest expansions we’ve ever done, and it changes the entire world with human NPCs returning. We’ll be sharing more details over time, but here’s a look at some new screenshots of what’s to come in Wastelanders: 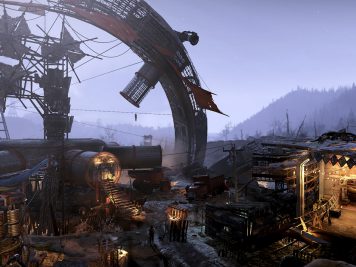 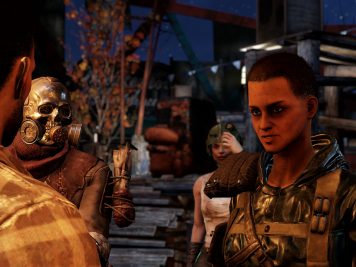 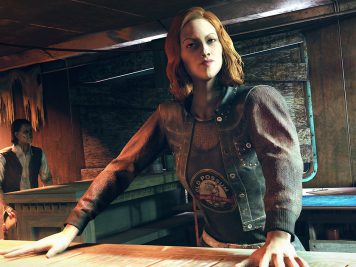 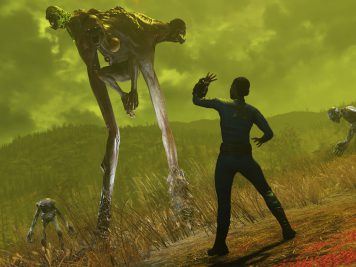 We’re happy to announce our work on the service for private servers is complete and will be launching next week! The ability to play in your own private world with your friends has been the number one community-requested feature, and we’re thrilled it’s finally coming. Our goal for players who purchase this service is to offer something for everyone, not just those who want a private server. Additionally, in the future you’ll be able to mod your worlds. Stay tuned for more information on the service in the coming days.

CHALLENGES, ATOMS, THE ATOMIC SHOP, AND YOU

We love that there are so many types of players within Fallout 76, and one of our primary goals is to reward everyone, no matter how you play. This includes our approach to earning Atoms through Challenges and the types of items to unlock with them in the Atomic Shop.

Our approach to these items at launch was to keep them purely cosmetic. But after looking at all the data, it became clear that to consistently deliver content that keeps Fallout 76 fresh and exciting for all, we needed to rethink our approach to the Atomic Shop.

While we had many ideas on what to add to the Atomic Shop, one of the ways was the direct result of the community’s feedback. We heard from many of you who wanted items with some real utility. Starting in April, we began adding items such as Repair Kits, Scrap Kits, the Collectron Station, and a working Refrigerator. These have since become the most popular category in the Atomic Shop. We’re also still working on all the previously announced items and new cosmetic categories.

We want to create an Atomic Shop experience where players feel good about spending their hard-earned Atoms. To make the system more fun and engaging for all players, we plan on reworking parts of the Challenge and reward system next year to be clearer, more fun, and more impactful for all types of players.

Of course, players can also buy Atoms, and we’re careful with everything we add to not upset the game’s balance. Our main objective is to avoid a situation where players can spend money to gain a competitive advantage or make the game worse for other players. Even more so, we want systems that allow players who do choose to buy Atoms to make the game better for others, not just themselves. With these principles in mind, we make careful decisions about the items we offer to keep it fair for everyone.

REMAINDER OF 2019 AND BEYOND

We still have a few more updates coming in 2019, including previously announced fixes to the existing game and quality-of-life improvements many of you have requested. We hope the extra time on Wastelanders will allow us to deliver many of these fixes this year.

We’re also still working on new events, the Legendary Player system, a public test server, perk loadouts, and so much more to come.

Thank you all again for your incredible support of our studio and Fallout 76. This year has been a rewarding journey for us, and your love of the game has pushed us to do everything we can to make it better and better. We love hearing your stories, like the amazing Wasteland Doctor, the love hotel, the brahmin death trap, and so many more. We love seeing what you create with photomode, our current favorite being the album cover art show.

We hope you’re as excited as we are for everything coming. We’re doing it all to ensure Fallout 76 remains vibrant and growing for years to come.