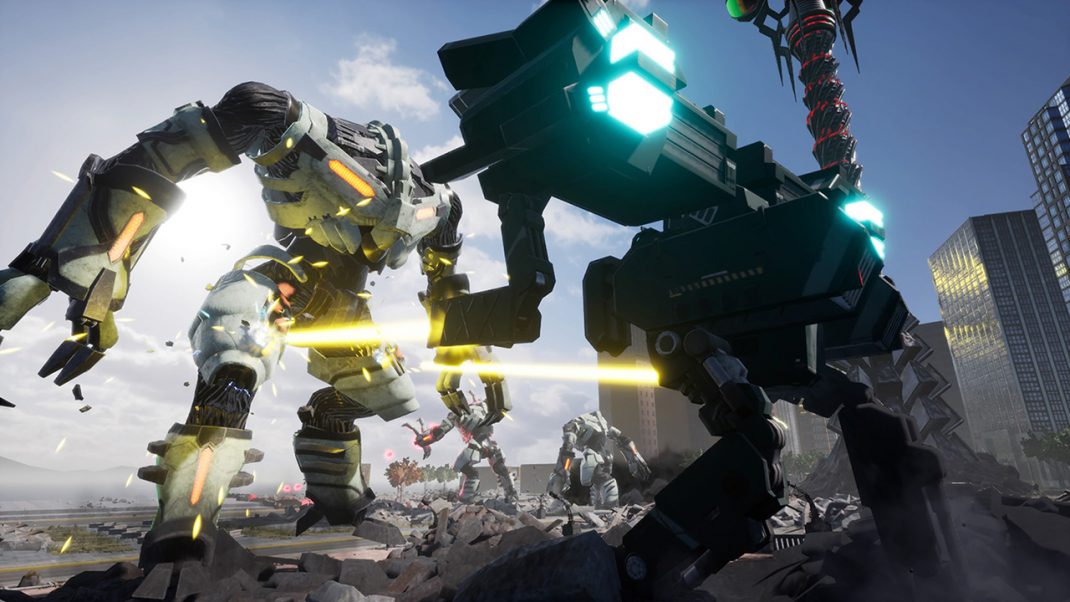 Oakland, CA – October 15, 2019 – D3PUBLISHER Inc., a leading Japanese games publisher, has put out a call to action for all PC players worldwide to enlist in the EDF today with the global PC Steam launch of “EARTH DEFENSE FORCE: IRON RAIN”, the latest chapter in the beloved “EARTH DEFENSE FORCE” series. Developed by YUKE’S and out now for Windows PC via Steam, “EARTH DEFENSE FORCE: IRON RAIN” enters new territory, introducing character customization, a new cast of characters focusing on one of the strongest military units in EDF, equipped with even more advanced gear, tech and weaponry – and a brand-new threat facing the EDF and citizens of Earth.

To celebrate the global PC launch, D3PUBLISHER is excited to announce that “EARTH DEFENSE FORCE: IRON RAIN” is available for a generous discount of 20% off the usual $59.99 / €49.99 for the first week following its PC release starting today for new recruits ready to enlist. In addition, the variety of DLC that released on the PlayStation®4 computer entertainment system will be available for purchase on PC via Steam with a 10% launch discount for the first week of launch including weapons, costume items, and DLC mission packs for players to purchase. There will also be a DLC Bundle pack, which will be available for 20% discount from the regular DLC and will have an additional 10% launch discount for only the first week of launch.

Since it first launched in 2003 for the PlayStation 2 console, the “EARTH DEFENSE FORCE” series has earned a strong reputation for its relentless third-person wave shooter gameplay and co-op fun, featuring swarms of enemies, a wide array of unique classes and weapons — and charming B-movie dialogue and settings with cities under siege by giant insects, kaiju monsters, and alien invaders.