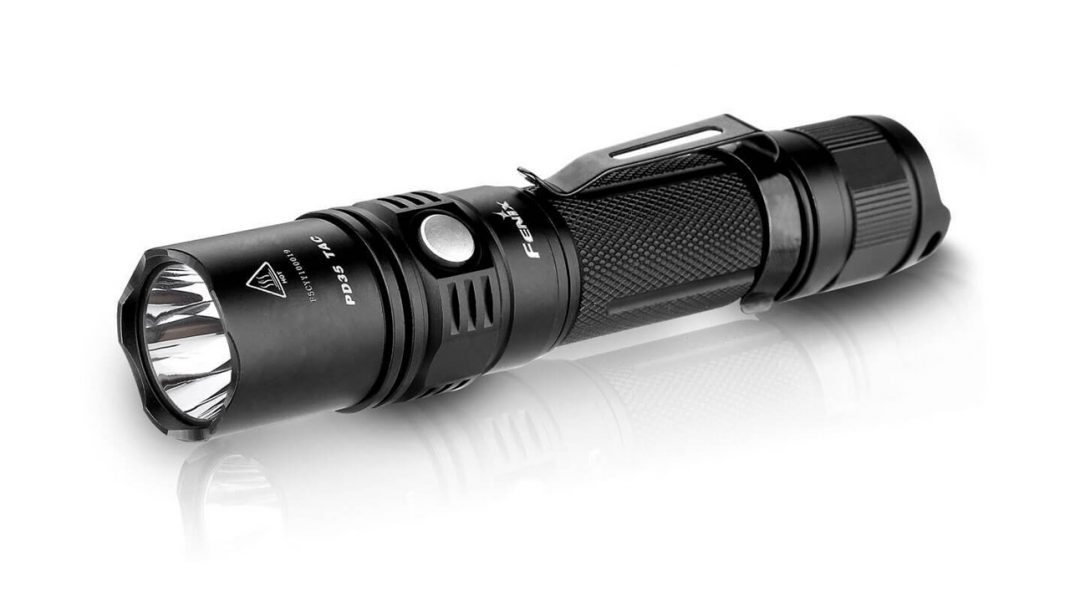 A product that should ALWAYS be in your airsoft pack, go bag, or general everyday carry bag is a good flashlight. You never know when you might need to light up the darkness and, when you do, you want a light you can depend on. Fenix has been in the light game for a long while – and makes a number of different models and styles for several categories. Recently, we got the chance to look at the Fenix PD35 TAC flashlight. Based on the PD35 flashlight, but with more tactical options, it’s definitely one you’ll want to check out.

While the Fenix PD35 TAC is very similar in design to the PD35, the tactical model does boast a scalloped front end. The biggest difference between the two is actually what Fenix calls “Tactical Mode”. This mode gives the wielder of the flashlight a much more streamlined control. In this mode, there is a momentary on/off function, then three output settings (1000 lumens, 60 lumens, and a 1000 lumen strobe). In contrast the standard mode of operation for the PD35 and PD35 TAC is “Outdoor Mode”. In this mode, the flashlight can cycle through five levels of brightness as well as one strobe setting. It is definitely a handheld flashlight, but isn’t so small as to be able to comfortably conceal in a standard pants pocket. Thankfully, the FD35 TAC easily fits in a tactical or cargo pocket and it includes a nylon belt pouch which makes carrying the light very convenient. The FD35 TAC is made from aircraft grade aluminum and feels extremely robust. 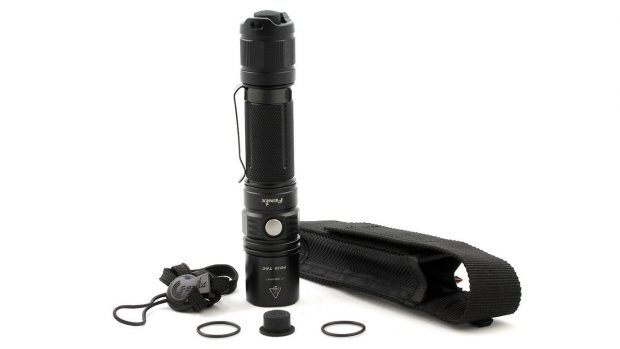 I actually ran around several airsoft games at night in the desert using the FD35 TAC as my primary light – both for navigation as well as tactical use. The light easily disorients and distracts other people and makes for a great self-defense tool because of this. Its turbo mode is rated at lighting out to 635 feet away from the wielder and that seems pretty accurate. When wielding the flashlight, I had to be very quick to change light output modes depending on the situation. The turbo mode is so bright it will give away one’s position (which in a game of airsoft can be important). The FD35 TAC is also water proof up to 2 meters for 30 minutes, so it is very resilient. Fenix also sells an optional picatinny rail mounts and pressure switches for the light, which would allow it to be used as a gun or helmet light without much issue.

In terms of maximum brightness, the Fenix FD35 TAC is more than capable of blinding an attacker or lighting up large swaths of land with its maximum, 1000 lumen turbo mode. According to the manufacturer, it can output this level of brightness for about three hours. Powering the FD35 TAC are two CR123A batteries. One smart feature of the light is that, if you insert the batteries backwards, there are safeguards in place to not damage the circuitry of the unit. Speaking of power, if you opt to use rechargeable lithium ion polymer batteries in the FD35 TAC, it will let its user know when the batteries are starting to die by slowly decreasing the brightness level leading up to a power loss.

Overall, Fenix has done an outstanding job with their FD35 TAC flashlight. For just shy of $80 dollars, you get a flashlight with the performance and quality of units selling for two times as much. The Fenix FD35 TAC is available now from various online retailers. 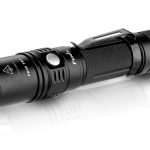