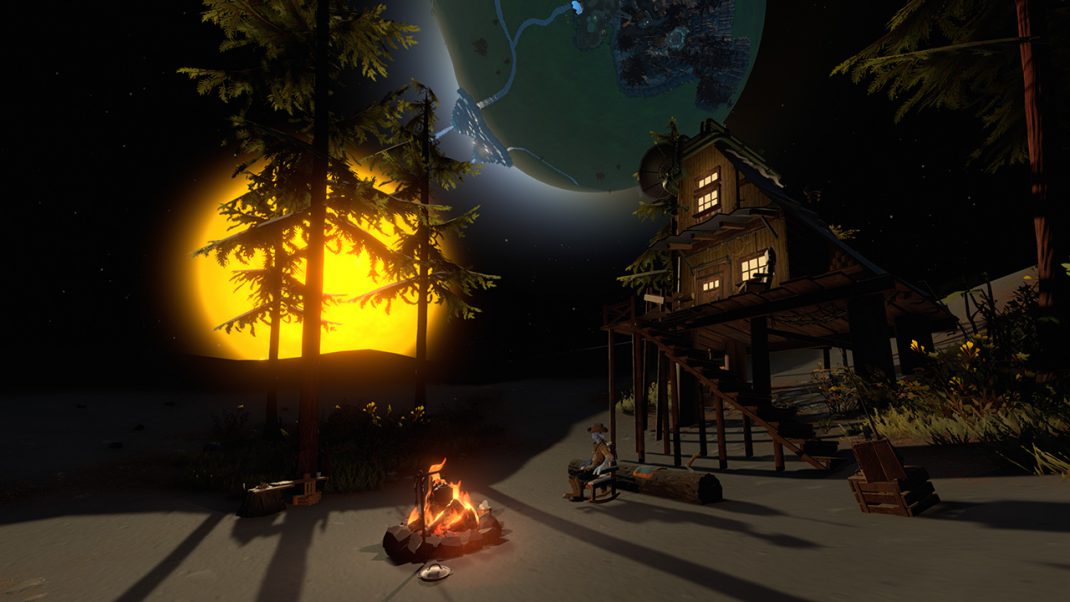 October 8, 2019 – Outer Wilds, the critically acclaimed open world mystery about a solar system trapped in an endless time loop, will be coming PlayStation 4 on Tuesday, October 15. Developed by LA-based studio Mobius Digital in partnership with publisher Annapurna Interactive, Outer Wilds is a first-person space simulator game that rewards players’ curiosity. Originally released on Xbox One and PC, the game will be available on PlayStation 4 for $24.99.

Winner of the Seamus McNally Grand Prize and Excellence in Design awards at the 2015 Independent Games Festival, Outer Wilds features planets packed with hidden locations that change with the passage of time. Explorers can visit an underground city before it’s swallowed by sand, or explore the surface of a planet as it crumbles beneath their feet. Players also have access to a variety of unique gadgets that help them probe their surroundings, track down mysterious signals, decipher ancient alien writing, and roast the perfect marshmallow.