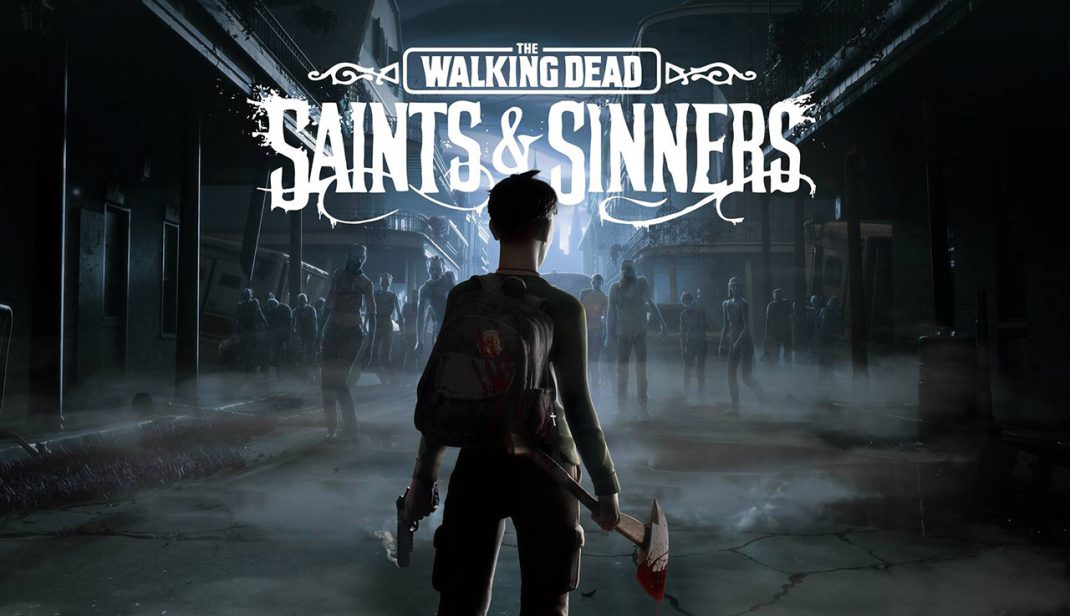 October 2, 2019  — Skydance Interactive, a division of Skydance Media, and Skybound Entertainment today unveiled the first official trailer for The Walking Dead: Saints & Sinners, giving players a first look into the unforgiving wasteland they’ll face in the upcoming virtual reality title, slated to launch on January 23, 2020. This first official trailer showcases the gruesome adventure players will embark on as they journey through the flooded remains of New Orleans. Players must make gut-wrenching choices and find out who they are in their fight for survival against not just walkers, but the constant threats of violence, disease, and famine.

In The Walking Dead: Saints & Sinners, freedom of choice and visceral combat offer players a new way to live survival horror in a deep-rooted VR gaming experience. Scale buildings to ambush enemies from above, hold down a walker’s head to rip a knife out of its skull or attack from a distance with throwing weapons, bows and long-range firearms. Players can choose from an arsenal of weapons or craft their own to fit their play style and survive their way. Physics-based combat makes every swing of an axe or jab of a knife resonate with impact.

Choices in The Walking Dead: Saints & Sinners will affect not just how the combat plays out but the fate of the city and its other survivors. New Orleans is at war and the living are not just fending off the dead, but each other as well. Will players risk life and limb to protect those in need or eliminate anyone who stands in their way? Will they join one of the warring factions, or play them against each other for personal gain?

As players dive deeper into this unforgiving journey they will uncover the mystery at the heart of the conflict that threatens to tear the city apart. Filled with discovery, The Walking Dead: Saints & Sinners will have plenty for players to explore, craft, fight and uncover when it launches on January 23, 2020.