Universal City, CA, September 18, 2019 – This year’s “Halloween Horror Nights” at Universal Studios Hollywood, like totally, time travels to the 1980s with Throwback Thursdays in celebration of the decade’s bad to the bone darker side featured in a host of all-new terrifying mazes.

From classic 1980s movies such as Ghostbusters, Creepshow and Killer Klowns from Outer Space to contemporary shows and films inspired by the decade, including “Stranger Things” and Us, there is something totally gnarly about this era that comes to life during “Halloween Horror Nights.”

Highlights of Throwback Thursdays include a not-so-friendly welcome from Chucky himself, live tribute band and DJ dance party hosted by Beetlejuice, classic ‘80s music videos and songs played throughout the event as well as themed food that will have guests spazzing and saying, Eat my Shorts! 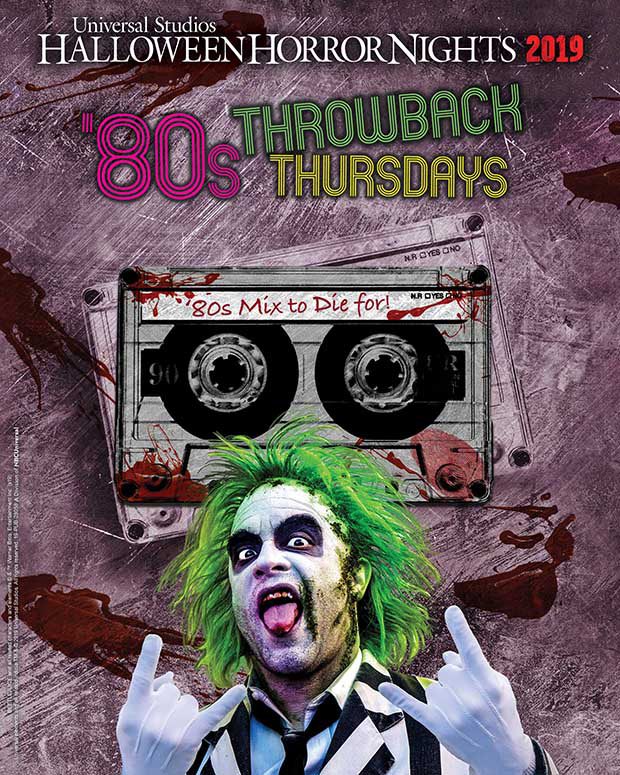 To help guests capture the spirit of the ‘80s, they are invited to sport their finest decade-worthy attire trends, from leg warmers and high waisted jeans to scrunchie hair ties, fanny packs and shoulder pads.

Tickets are available at Hollywood.HalloweenHorrorNights.com and advance purchase is recommended as event nights will sell out.  Following are the various tickets options:

remain for the terror that awaits at “Halloween Horror Nights.”