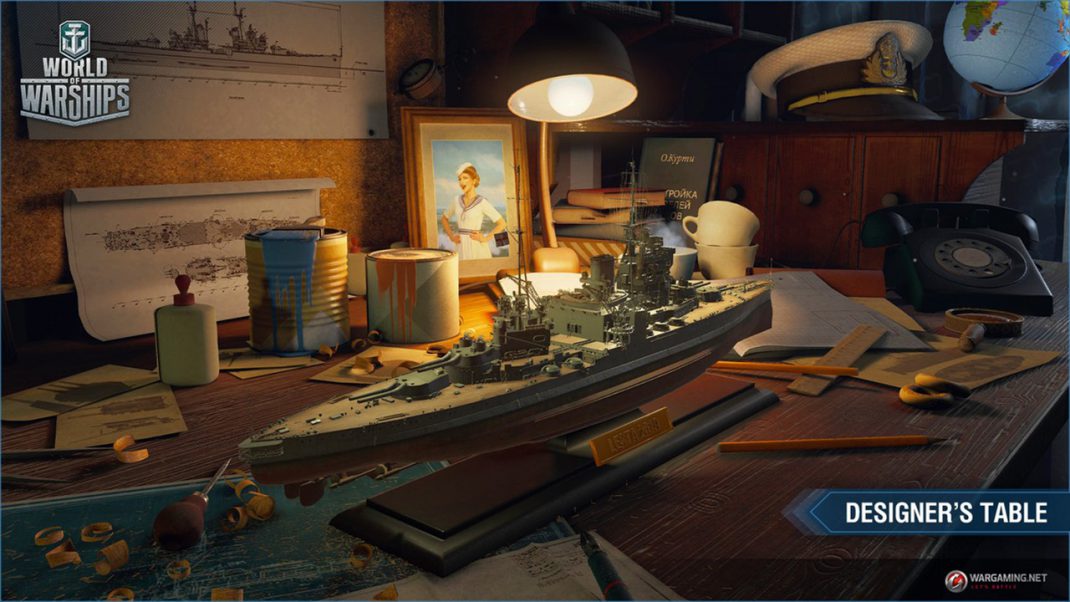 Austin, TX, September 16, 2019 – Wargaming is celebrating World of Warships’ fourth anniversary with the arrival of update 0.8.8 today which brings two new ships next to a variety of rewards to unlock for dedicated players of the popular online game. To keep in the festive mood, the renowned developer and publisher has also announced a global birthday stream, lifting the veil on future plans, will go live on Friday the September 20 at 12:00 p.m. ET.

World of Warships celebrates its 4th anniversary by giving players the opportunity to earn super containers for their first victory aboard Tier X ships in the new update 0.8.8. First wins on lower tier ships will also give players valuable rewards, such as special signals and an exclusive anniversary camouflage. New combat missions have been added for the occasion, and completing them will reward prospective commanders with three additional super containers, as well as a container unlocking a random Tier VI Premium ship.

Update 0.8.8. also features two new Tier X ships: the British Thunderer and the American Ohio battleships. The Thunderer is an alternative take on its close cousin, the Conqueror, and sports 457 mm guns with very high shell damage, has a good accuracy and a fast reload time. The new British battleship comes with a less effective Repair party consumable than that of the Conqueror, but will be able to use it once more than its sister-ship. The American Ohio battleship features eight 457 mm guns and powerful secondary armament. This, combined with a shorter reload on the Repair Party consumable, as well as its decent armour make the Ohio a well-suited ship for close to medium range skirmishes.

Furthermore, update 0.8.8. features two Ranked Sprints, each allowing players to earn up to 10,000 coal to be exchanged in the Armory for Premium ships. Clans will also get their share with two Clan brawls of opposing teams of 3 players on smaller maps for especially intense naval combat. Finally, a host of modifications and improvements are included, with a massive overhaul for the sound system for more realistic and immersive battles, a large increase in the Armory’s stock with the addition of multiple premium ships, and updated maps with new lighting models.

Further details on the Update 0.8.8. can be found here.