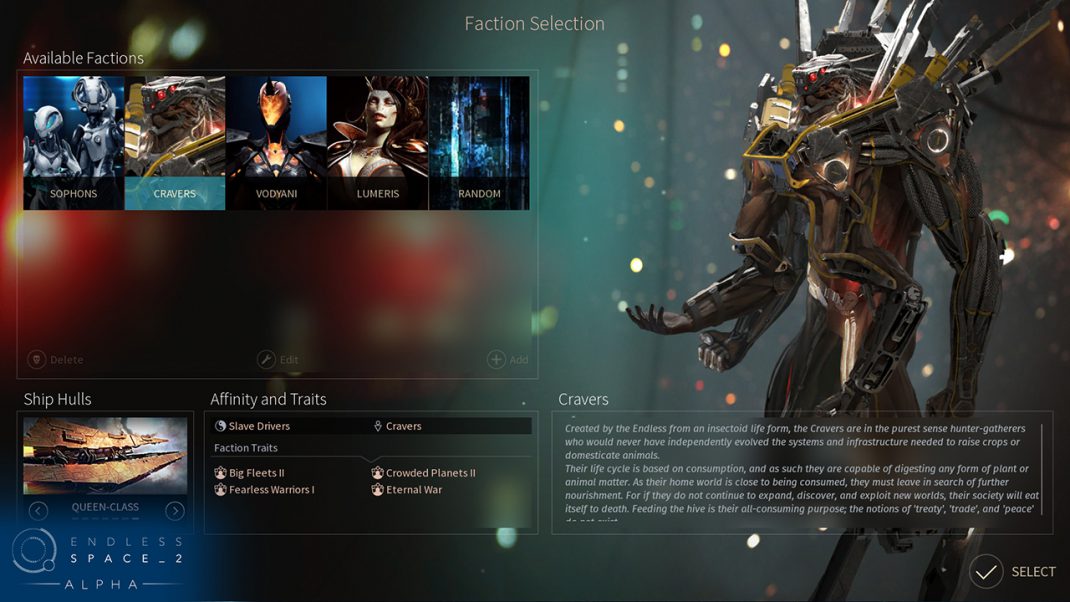 Paris & Buenos Aires, September 12 – We here at Amplitude, in collaboration with NGD Studios, are happy to announce today that “Awakening”, the latest expansion for Endless Space 2, is available now. If you’ve never played ES2 before, allow us to fill you in: it’s a galactic turn-based strategy game that puts you at the helm of your very own space empire. The Endless universe is full of different factions vying for control, each with their own stories and unique characteristics that make for radically different gameplay depending on which faction you’ve selected as a player.

We’ve pushed this asymmetry even further with “Awakening”, by introducing the all-new Nakalim faction. Typically, what ES2 factions have in common is that they start the game focused on growth and expansion. As the Nakalim, however, you will begin as an extremely technologically advanced society that has recently been awakened from a dormant state. Your mission will not be to expand, but rather to seek ancient relics and reconquer lost lands, and to maintain your lead all the while staving off decline.

But the Nakalim are just one element of this jam-packed new expansion. Here’s the rundown of everything that’s included: