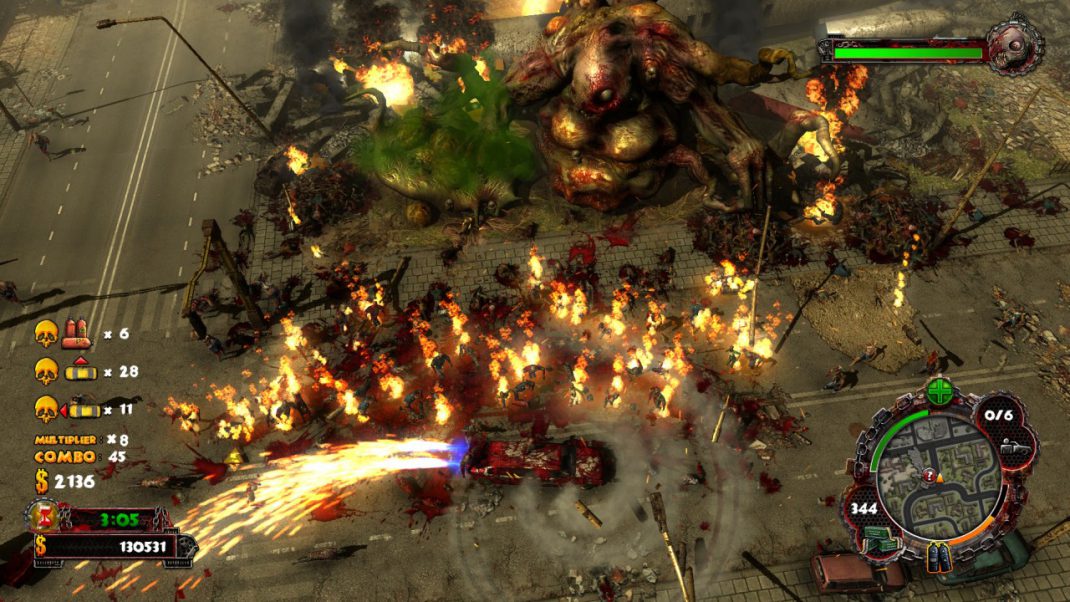 July 10th, Szczecin, Poland – The world is filled with zombies. So what can someone like you do? Just sit and wait to die, right? Hmm wait… You have a car! Hop in and start getting rid of those pesky, moaning zombies. Dismember their limbs and smash their bodies through 31 missions in awesome Story Mode. Upgrade your car with anything you’ll need to survive against vicious bosses. And if that’s not enough for a meat machine like you, try Slaughter Mode, with never-ending swarms of zombies. You can also select Blood Race Mode and join a race spiced up with guns and loads of zombies.

Zombie Driver: Immortal Edition is now available for pre-order on the European Nintendo eShop (https://www.nintendo.co.uk/Games/Nintendo-Switch-download-software/Zombie-Driver-Immortal-Edition-1596011.html) at a price of £12.14 with a 10% discount included. Gory pre-orders in the American Store (https://www.nintendo.com/games/detail/zombie-driver-immortal-edition-switch/) will start on July 11th and then gamers will be able to get the game for $13.49 also with a 10% discount. Hurry up, as others are preparing their meat grinders for July 25th, 2019 to show the zombies their place in this world.

Zombie Driver: Immortal Edition is an insane mix of cars, speed, explosions, blood, and zombies! Fight through an epic narrative campaign, or test yourself in the Slaughter and Blood Race modes. Engage huge bosses, save survivors, drive crazy vehicles such as a bulldozer, fire truck, or even a tank, and smash everything in your way. Take part in the Blood Race tournament – chase other cars and take them down without mercy on brutal racing tracks. Jump into Slaughter Mode and survive as long as possible in specially crafted arenas.

–    Epic boss fights with enormous mutated zombies.
–    Defending key targets against huge waves of zombies.
–    Racing against time to rescue survivors.
–    Transporting dangerous cargo.
–    Spraying anti-zombie repellent around town.
–    13 different vehicles to drive, including a fire truck, a bulldozer, and even a tank.

–    Race – classic racing spiced up with guns and loads of zombies.
–    Eliminator – take down as many vehicles as you can before the time runs out.
–    Endurance – there’s a bomb on your car and it’s ticking. Race through checkpoints to extend your time.

–    Fight through endless waves of zombies.
–    Upgrade your car on the fly.
–    Kill thousands of zombies.