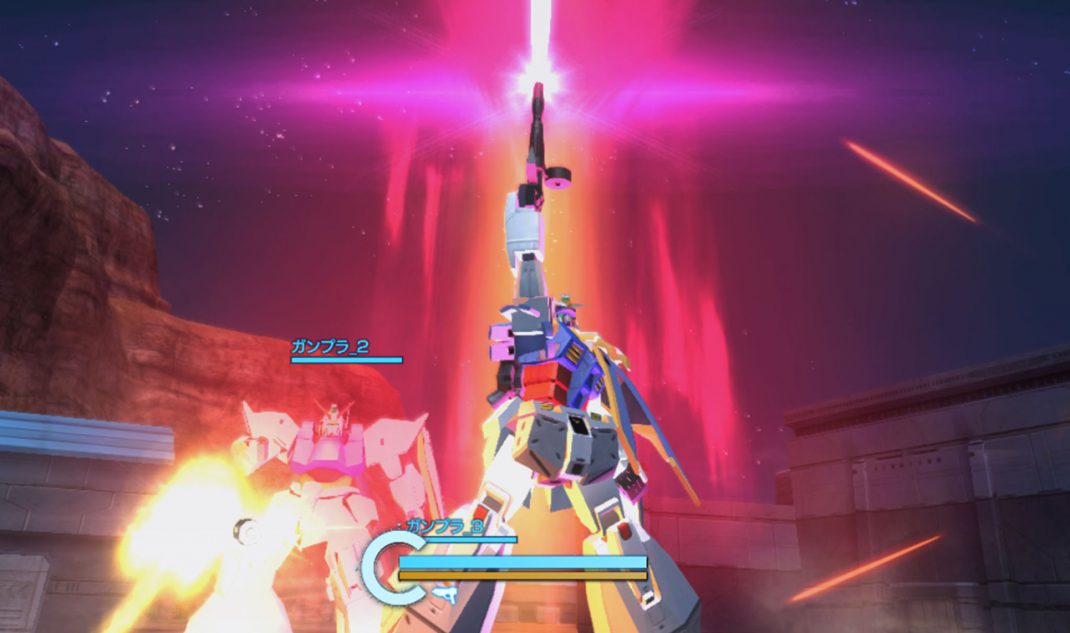 Tokyo, Japan., (July 2, 2019) – Leading interactive entertainment publisher and developer BANDAI NAMCO Entertainment Inc., announced that pre-registration is now open for GUNDAM BATTLE: GUNPLA WARFARE, a mobile game based on the iconic GUNDAM series based on the anime and GUNDAM plastic model (Gunpla) product line. GUNDAM BATTLE: GUNPLA WARFARE will be the franchise’s first mobile game available in North America on iOS and Android devices. Players who pre-register for the title will be granted immediate access to the game upon its release this summer. To pre-register, Android users can now visit https://play.google.com/store/apps/details?id=com.bandainamcoent.gb_en and iOS users can visit https://itunes.apple.com/US/app/id1456221942?mt=8. BANDAI NAMCO Entertainment will be rewarding pre-registered players with an in-game Gundam RX-78-2 model once the global signup reaches the 100,000 mark; once the pre-registration numbers reach 200,000, players will receive the powerful Wing Gundam as well. Pre-registration will become available for iOS users shortly. GUNDAM fans can also drop by the BANDAI NAMCO Entertainment booth at San Diego Comic-Con to experience a hands-on demo of GUNDAM BATTLE: GUNPLA WARFARE hands-on at the San Diego Convention Center from July 18-21.

For fans of the series, GUNDAM BATTLE: GUNPLA WARFARE features exclusive original characters and Gunpla models and an original Gundam story that challenges players to win tournaments in their quest to save their school’s Gunpla club from shutting down forever. To do this, GUNDAM BATTLE: GUNPLA WARFARE calls on Gunpla masters from around the world to create custom mecha and battle-it-out in real-time 3rd-person combat in the immersive GUNDAM universe. Players can employ strategy to collect, mix and match parts and skills, and even apply a fresh coat of paint to craft the ultimate fighting machine. With the game’s visually appealing yet intuitive combat mechanics, anyone can create unique mecha combos with melee and long-range attacks, and choose from different Gunpla job license types, including In-Fighter, Defender, Support, and more.

“The GUNDAM BATTLE: GUNPLA WARFARE mobile game represents the culmination of the best aspects of GUNDAM; drawing from the lore of the anime universe, the charm of the Gunpla models and the excitement of bringing virtual GUNDAM into battle,” said Shinsuke Ninomiya, producer at BANDAI NAMCO Entertainment Inc., “We’ve enabled an unprecedented level of depth in customization, allowing players to build anything from an agile mecha armed with a sword to an armor-clad bastion equipped with powerful artillery. The game encourages countless unique builds and playstyles that fans from all corners of the GUNDAM universe can enjoy.”