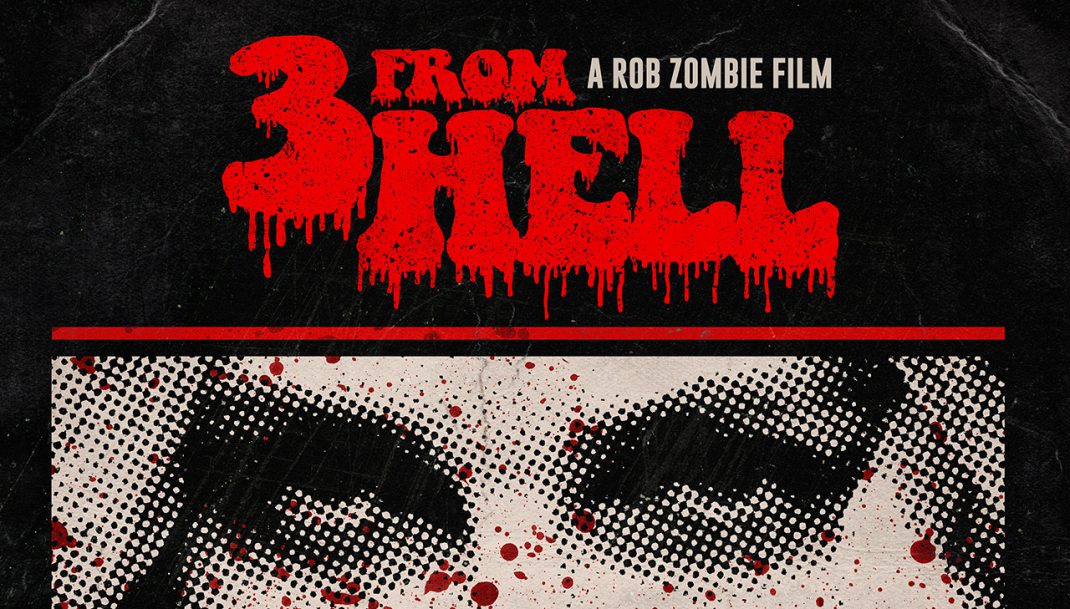 3 From Hell Release Date and Poster

DENVER – July 1, 2019 – Global content leader Lionsgate (NYSE: LGF.A, LGF.B) and Saban Films are unleashing horror icon and heavy metal mastermind Rob Zombie’s 3 From Hell, the follow-up to House of 1,000 Corpses and The Devil’s Rejects, as the next chapter in the blood-soaked crime saga. The film will be released in nearly 900 select movie theaters on September 16, 17 and 18, 2019 through Fathom’s Digital Broadcast Network (DBN). Fathom Events will broadcast the unrated version to theaters with each night featuring unique bonus content. 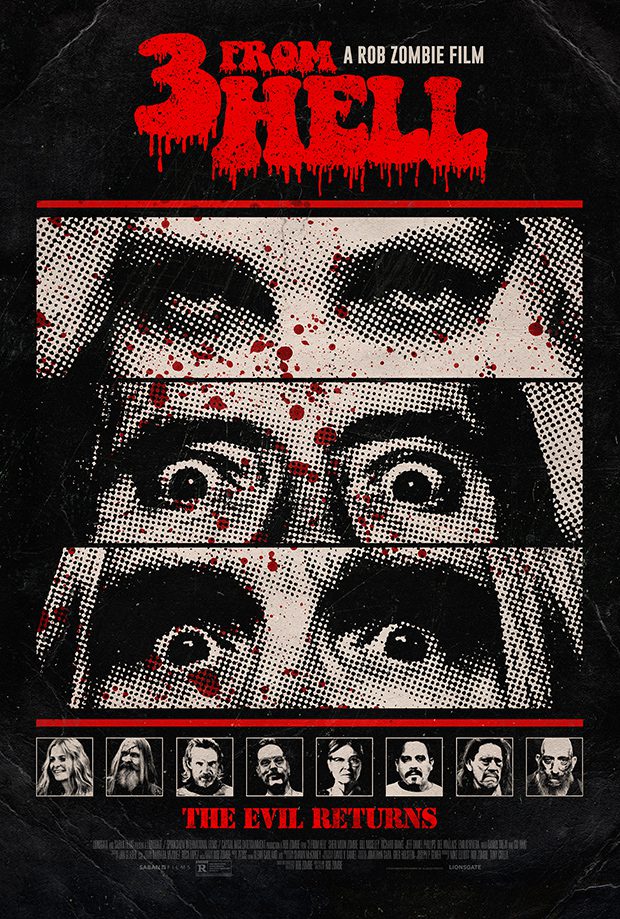 On September 16th, moviegoers will see a special video introduction from Rob Zombie with the first 50 attendees at each theater receiving an exclusive poster (while supplies last). On the 17th, audiences will be treated to a nearly 30-minute behind-the-scenes look at the making of the film. On the 18th, moviegoers will experience the ultimate double feature including 3 From Hell and The Devil’s Rejects.

“This event is a long time coming,” says Zombie. “The journey of these characters has always been special to me and I am thrilled to finally let the fans experience the next episode of the Firefly madness. This project was a true labor of love for everyone involved and we know we have created something amazing for the loyal followers of these films. Let the insanity begin!”

“We are excited to collaborate again with Rob Zombie,” said Lionsgate President of Worldwide Home Entertainment Ron Schwartz. “With House of 1,000 Corpses and The Devil’s Rejects, Rob Zombie delivered thrills and high doses of gore to genre fans. We look forward to bringing this next chapter to screens with Saban Films and Fathom.”

“In 2003 a bold new cinematic voice emerged with House of 1,000 Corpses,” said Jonathan Saba, Saban Films’ Senior Vice President of Distribution, Sales and Marketing. “And with the sequel, The Devil’s Rejects, Rob Zombie cemented his legacy as one of the most influential and important modern-day genre filmmakers. Now nearly 15 years later, Rob returns to the Firefly family in an audacious and wholly singular new chapter in this gory saga. I can’t wait for audiences to see this film on the big screen thanks to our partners at Lionsgate and Fathom.”

“Scary movies are best experienced in a dark movie theater alongside fellow fans,” said Fathom Events CEO Ray Nutt. “This is why we continue to partner with Rob Zombie, Lionsgate and Saban Films to premiere the very best horror films on our platform.”

Tickets for 3 From Hell can be purchased beginning Friday, July 19 at www.FathomEvents.com and participating theater box offices. A complete list of theater locations will be available July 19 at the Fathom Events website (theaters and participants are subject to change).