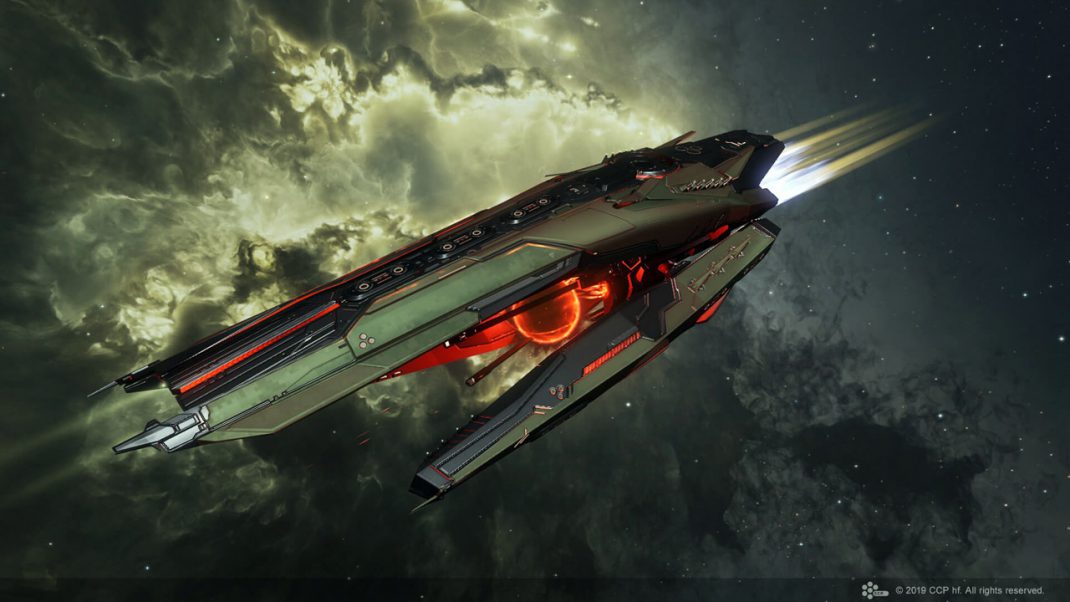 28 May, 2019 – Reykjavík, Iceland – Today, CCP Games unleash EVE Online: Invasion, the newest expansion for the biggest single shard free-to-play spaceship MMO game of all time. EVE Online: Invasion is the first chapter in the Triglavian story, plunging New Eden into chaos, as this inscrutable adversary begins its offensive. Capsuleers will be challenged to meet the threat head on, facing fleets of enemy ships, escalating consequences and earning lucrative rewards. EVE Online: Invasion is available now and is free to download for all players.

Invasion will provide a new presence and dimension to gameplay in EVE Online, starting with invading Triglavian forces in the form of roaming fleets laying siege to specific star systems in New Eden. Week by week, events will escalate and Capsuleers will have to directly face Triglavians emerging from Abyssal Deadspace in brand new sites. Finally, players will have to fight for their territory against the massive Triglavian World Ark in a thrilling new combat experience.

CCP celebrated the release of the new expansion with this cinematic trailer:

“EVE has always been about actions having lasting and meaningful consequences, so with EVE Online: Invasion our goal has been to provide a universe-changing event for our community to experience in familiar space” said Bergur Finnbogason, EVE Online’s Creative Director. “Capsuleers will be defending their territory from a fearsome new sect. We’re incredibly keen to see our players fighting for the star systems they hold dear against an increasingly serious threat unlike anything they’ve ever faced before!”

The Invasion expansion introduces three new and formidable Triglavian ships in the Tech II category at Frigate, Destroyer and Cruiser class. As well as the new craft, Invasion introduces further alterations to the War Declaration system, plus additions to the Mutaplasmid system that players can loot from attacking Triglavian forces. This allows players to modify existing ship modules to make them more powerful or efficient, but as before, risking irreversible attribute reduction too!

All of the above and more can be seen in the following video outlining the new features in EVE Online: Invasion:

“EVE Online has always had the goal of providing new experiences and a living universe like no other,” said Hilmar Veigar Pétursson, CCP’s Chief Executive Officer. “With EVE celebrating 16 years of strength and innovation, we continue to build on that ambition and tradition. I truly believe that by challenging our Capsuleers to defend the universe they have shaped, their destiny – as ever – remains in their own hands, ensuring EVE’s appeal now and into the future.”

In addition to the unparalleled scope of EVE Online: Invasion, CCP Games has also confirmed that the Open Beta for the long-awaited upgrade to a 64-bit client starts today on both Windows PC and macOS, which will make better use of available system resources on the machines of EVE’s pilots. This represents a key modernization moment in the development of EVE Online and is a substantial milestone in CCP’s continued investment in the future of New Eden. CCP is looking forward to having as many pilots as possible helping to make sure that everything is running smoothly, providing feedback on performance and any issues that might be encountered. This will ensure that New Eden remains as visually stunning as ever, on the cutting edge of what’s graphically possible for an MMO.

For more information about EVE Online: Invasion, including the new Triglavian offensive and Tech II ships, new Mutaplasmids and other enhancements, visit www.eveonline.com/now/invasion. EVE Online can be downloaded for free by visiting www.eveonline.com/download.