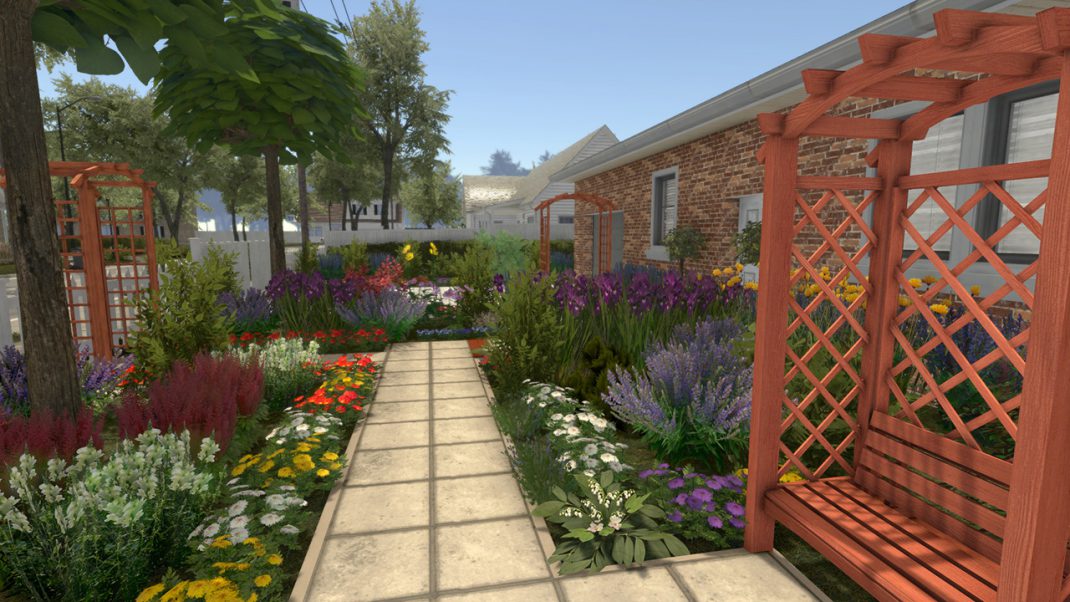 May 16th, Cracow, Poland – Have you already finished the renovation of your house? That’s great! Now it’s time for the garden! In the newest addition to House Flipper, you’re the one who decides if you want to create a garden worthy of the Palace of Versailles or recreate the soothing feeling of the famous Japanese Zen gardens. The new gardening mechanics will definitely come in handy, as well as hundreds of new items including over 250 plants which were implemented into the game with the help of professional gardeners!

“Once we’ve decided to start working on such an ambitious project, we knew that it’s not an easy task and it will require a lot of dedication – that’s where the decision to start working with professional gardeners came from. Thanks to this kind of support, we were able to learn more about many plants that all of us know from real life, and carefully recreate them in the game. All the plant names used in the game in English and Latin are the actual up to date names found in professional literature, or in gardening stores. In Garden Flipper, you won’t find “flowers” but Orchidales Snowberries and marigolds. Of course, this is just one of the many new elements, as among all the greenery, the player will also get access to garden furniture, decorative gravel, and even ponds or swimming pools. On top of that, we have new orders, mechanics, and houses – everything the player needs to create a dream garden.” – said Mateusz Jeleń, Game Engineer, Frozen District.

Garden Flipper comes out on Steam today, at a price of 14,99 USD with a 10% release discount. Also, if you haven’t had a chance to play the original game, the developers prepared a special Gold Edition bundle, which includes House Flipper as well as 2 DLCs and an original soundtrack.

House Flipper as well as the new expansion are created for players that look for relief and relaxation in their gaming experience. Arranging, decorating a house and managing the area around it doesn’t require a lot of time, and lets the player experience the feeling of accomplishment just after a few hours of gameplay. Knock down walls, mow the lawn, furnish your rooms, and create a peaceful place in which you’ll have the ability to plan out the next gardening and house designs!