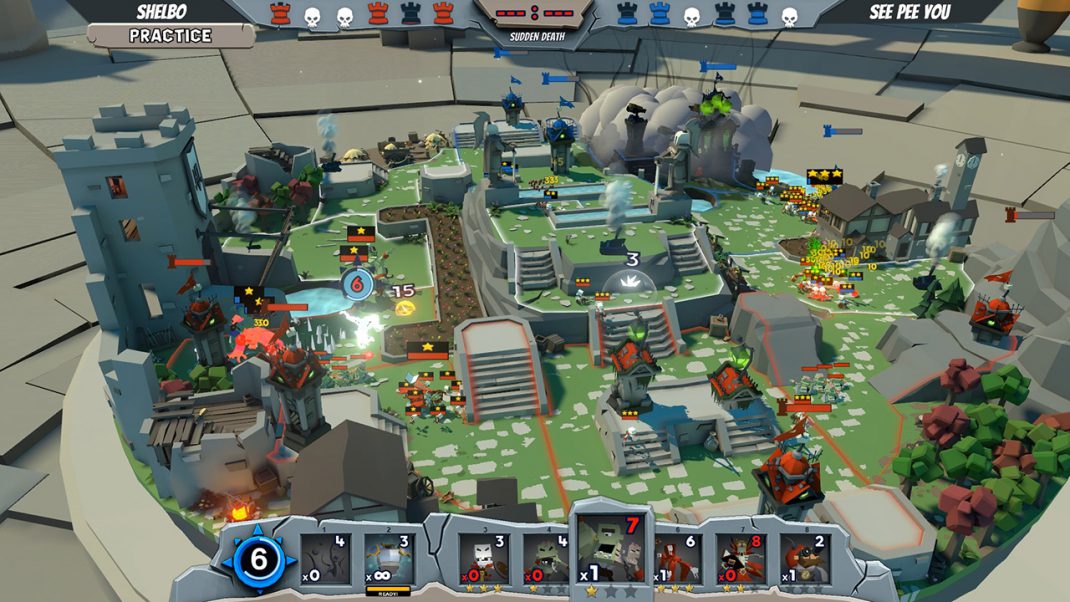 Tabletop Gods has been designed with Virtual Reality in mind from the ground up! Among the many VR features included are a UI system created specifically for VR, options to customize VR controls, comfort vignettes, movement, etc., and voice chat supported from HMD! While playing on PC is great, the VR experience of Tabletop Gods really captures the social experience of hanging out with friends as you battle across tabletop battlefields.

To celebrate the upcoming launch, Tabletop Gods is now on sale for 25% off on the Humble Store and 25% off on Steam starting May 16. These sale prices will not last long, so act fast, get your copy and save!

Tabletop Gods is NOW available on Steam Store and Humble store ​for PC Windows, and on Oculus Home and Viveport for Virtual Reality with HTC Vive, Windows Mixed Reality and Oculus Rift + Touch with Xbox controller support; Other VR platforms including PSVR are planned to follow. It is priced at $19.99 USD. The game was developed in Charlottetown, Prince Edward Island with valued support from the Canada Media Fund, the Atlantic Canada Opportunities Agency and Innovation PEI.