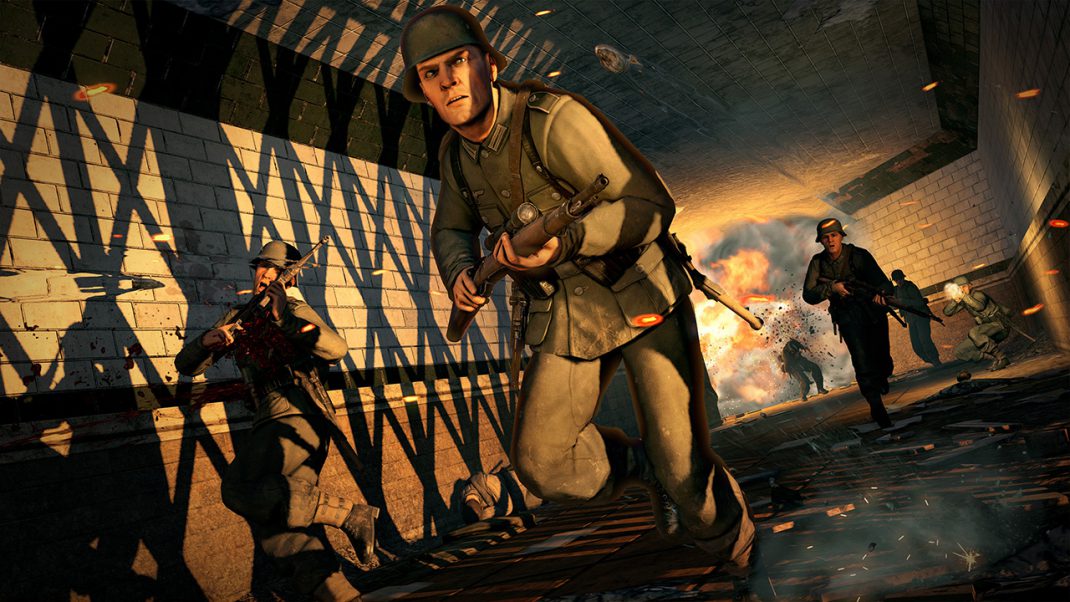 Sniper Elite V2 Remastered takes players to Berlin, 1945, and the heart of World War 2. As veteran sharpshooter Karl Fairburne you must use skill, patience and cunning to prevent the unthinkable. Your mission is to go behind enemy lines and prevent the cataclysmic Nazi V2 rocket technology from falling into the hands of the Red Army. Deadly aim and a stealthy approach are vital as you find yourself trapped between two armies in a race against time.

Sniper Elite V2 Remastered amplifies the original’s iconic sniping and advanced ballistics with a host of improvements and added extras. In addition to impressive 4K and HDR support on available platforms, the game features stunning remastered visuals, from overhauled assets to modernized rendering and much more.

Sniper Elite V2 Remastered also adds a versatile new photo mode that lets you pause and move the action frame-by-frame for that perfect X-ray Kill Cam shot. You can also play the campaign and multiplayer modes as one of 7 new characters from Rebellion’s Zombie Army series. And now multiplayer is expanded for up to 16 players online* across all modes.

On top of all this, Sniper Elite V2 Remastered includes all the DLC ever released for the game including the iconic “Assassinate the Führer” mission, making it incredible value-for-money.

*for up to 8 players on Nintendo Switch