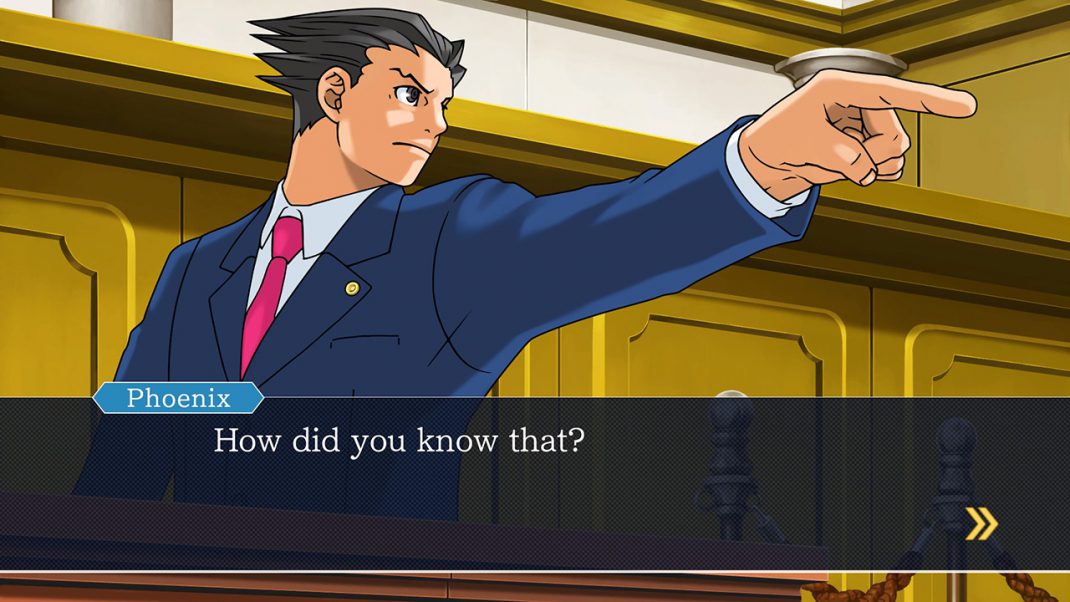 April 9, 2019 – Grab your attorney’s badge and get ready to head to the courtroom, because Phoenix Wright™: Ace Attorney™ Trilogy is available globally today for the Xbox One family of devices including Xbox One X, PlayStation®4 computer entertainment system, Nintendo Switch™ system and PC.

At launch, attorneys will have access to an expanded ten save slots for both the English and Japanese versions of the game. In August 2019, a post-launch patch will enable attorneys to shout “OBJECTION!” as they make their way through the game in German, French, Korean, Chinese and Simplified Chinese.