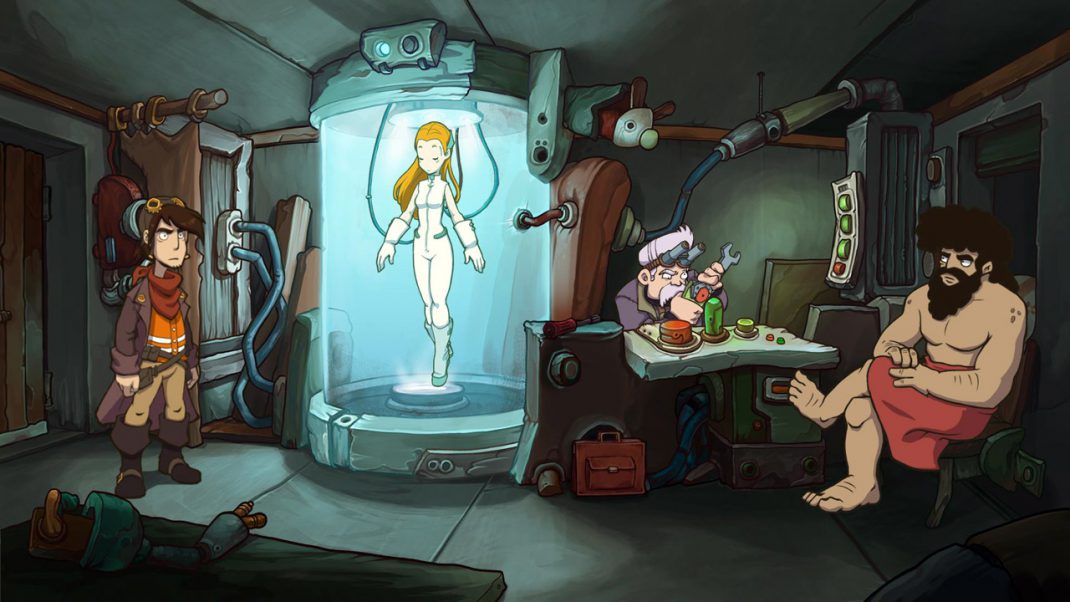 Deponia Doomsday Out Now on Xbox One and PlayStation 4

HAMBURG, Germany – Feb. 27, 2019 – Today Daedalic Entertainment published Deponia Doomsday, the fourth and final installment in the popular point-and-click series, on consoles. The adventure game is available digitally on PlayStation®4 and Xbox One for $19.99. The title will also receive a physical retail release on PlayStation®4 in North America later this year.

In Deponia Doomsday, the flying city of Elysium has fallen, hideous Fewlocks inhabit the junk planet Deponia, and Rufus is apparently the sole (human) survivor. He sees only one way out: Deponia must be blown up. Terrified, Rufus awakes in his bed. Was it a dream or a vision? As the oddball Professor McChronicle detects several time anomalies, Rufus finds a time machine and immediately sets out to duly muddle up the past, present and future.