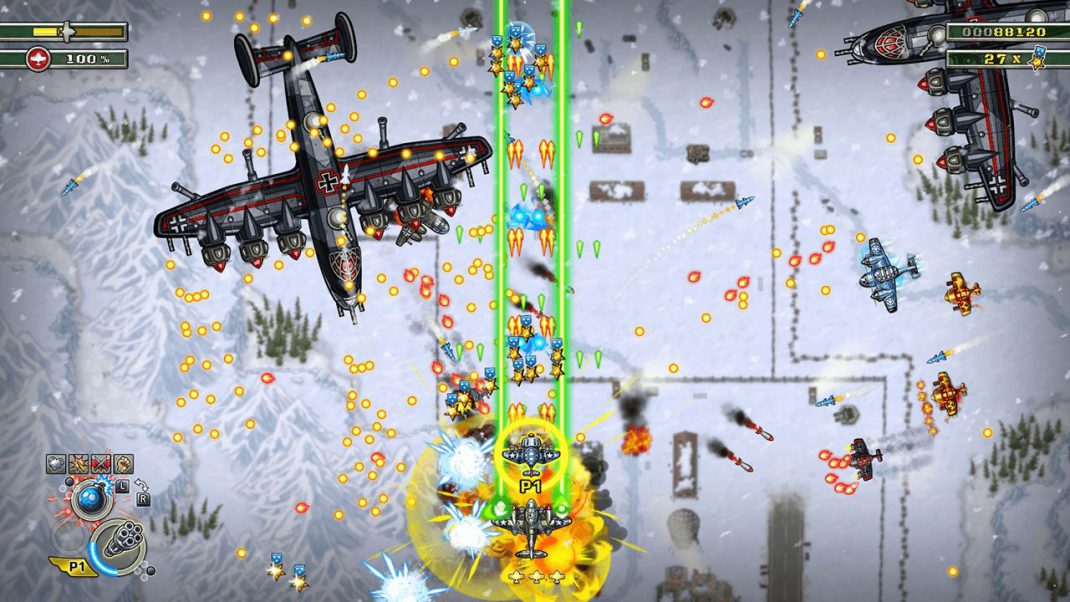 Vienna/Austria, February 26th 2019 – Rad Rodgers Radical Edition: out now on Nintendo Switch™ in digital and physical form; free update for all owners on PC and other console platforms.

Aces of the Luftwaffe Extended Edition: out now in physical (and digital) form and on all platforms including all DLCs.

Free update (introducing local co-op, new characters, versus multiplayer mode and more) for all existing owners, out now on Nintendo Switch™ for EUR/USD 29.99.

Rad Rodgers is back and he brought a bunch of fine friends: Duke Nukem, Lo Wang, Cosmo and other iconic action game heroes are joining the teenage adventurer and his loyal console companion Dusty on their mission to save the video game world.

Aces of the Luftwaffe Extended Edition:

A box full of Shoot ’em up excellence comes to a retail store near you or your favored online store today, as Aces of the Luftwaffe – Squadron Extended Edition is landing on PC and all console platforms. The version for Nintendo Switch™ is priced at EUR/USD 29.99, whereas the pricing on other platforms amounts to an SRP of EUR/USD 19.99.