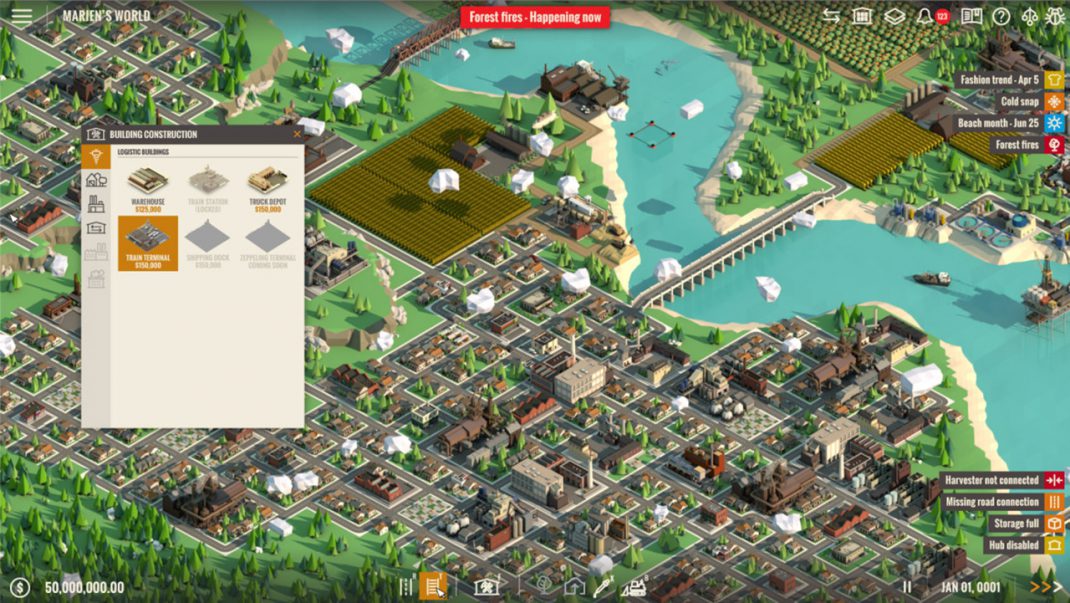 Build your fledgeling company from the ground up and push for entrepreneurial greatness in an ever-changing business climate. Create vast production lines, complex transport routes and meet the demand of towns and villages to see the profit role in and your reputation soar. However, finite resources, competitive AI and pollution can make or break your business in this old school inspired tycoon.

Reaching the conclusion of its hugely successful period in Early Access, developer Dapper Penguin Studios have also released the latest update to the game which introduces more key mechanics in preparation for May’s full release. Traffic, one-way roads, overpasses and general game improvements are just some of the new additions to make Rise of Industry even better. A handy developer video has also been released which explains what’s new in the latest update.