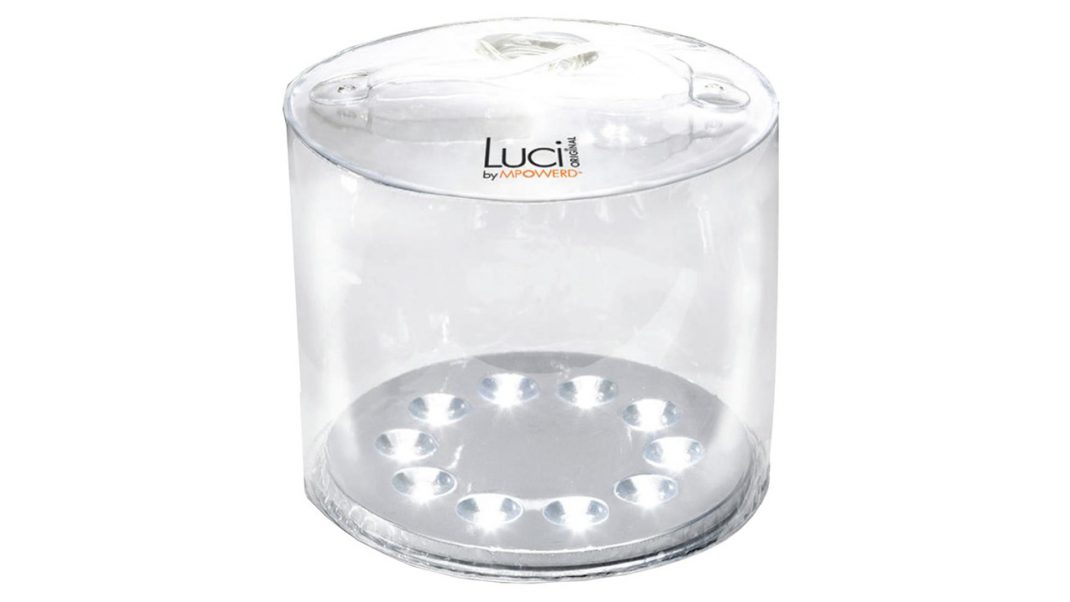 We here at GamingShogun don’t often get to report on charitable organizations, but one we have been covering over the years is MPowerd. In 2012 MPowerd worked with one of its primary inventors Jason Snyder to come up with a solution to something people don’t realize are a huge problem around the world: light.  There are still three billion people in the world without electricity and in many parts of the world the main solution is kerosene lanterns which are expensive and dangerous.  As a result there are still places around the world where when the sun goes down it becomes too dark to study, work or do much of anything that requires a light source.  As a matter of fact, the current President and CEO of the company Seungah Jeong was one such person person and it is this drive that has helped make the company global with the plan to light the world literally. 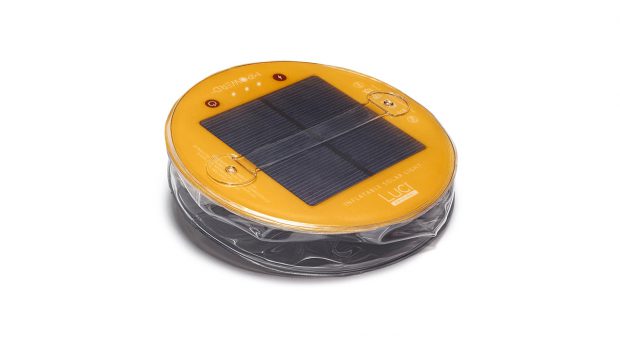 The original Luci was straight forward, an inflatable waterproof lantern that can be charged during the day to last well into the night. The lights over the years have changed with the times but one thing has always been the same, the business model.  They sell the lanterns in developed countries at retail prices so they can give them to underdeveloped lands at a price that can be afford or for free through donations.  If you buy a lantern as a gift to a dark country you know that the money is going straight to the manufacturer with no middle man to get a cut.  It is only $10 to send one out to the world and I encourage everyone to make the small price gesture that helps light the way for others in need.

I have been very proud of bringing the Lucis to the attention of our readers as a company I personally champion.  So without further ado let’s talk about one of the handiest lights for developed, lit countries, the MPowerd Luci Inflatable Smart Solar Light Mobile Charger.  From here on I’ll just call it the Luci Charger to save page and brain space.

The Luci was already a great emergency light source you could leave on a window sill or camping because of it’s ease of use, low profile when the lantern is not inflated (does not have to be inflated to charge) and with it’s flash and SOS functions it could literally be a lifesaver.  Now if you find that your phone has died you can use the built in solar mobile charger. If the rechargeable unit gets a USB charge it takes 2-3 hours, solar it takes up to 14 hours to be fully charged.  This is great especially if it is an emergency since you don’t have to have a phone fully charged to get help.   That may seem like a really long time for a charge but you are literally charging from the sun at that point which can take longer, though the important thing again is you don’t need a fully charged phone to to make an emergency call, just a couple of percents to get it going enough for a text, call or FB post.  And when they come looking for you you can have the lamp flashing SOS.

This little Luci Charger can do more than that though, it can be at the life of the party instead of just for camping or emergencies.  I have gotten a few Luci models over the years and they always get added to our summer pool nights.  I like to take a heavy weight and attach it to the handle and watch it sink partway under the water.  Then I make use of it’s 36 LEDs, 24 white and 12 RGB, that can send out up to 250 Lumens of light.  As a result they light up that section of the pool and I can have my all white Luci floating around with flashing lights and my Lucis with RGB all get set to color changing the whole pool time. It also looks good on the ground around the pool lit up so people can be safer while walking around it.  Even in Las Vegas where the winters are almost to freezing and the summers are desert heat we leave the Lucis out to charge and I have one that has never been taken out of the sun for five years that works just as good as the day I got it, still inflates and is still waterproof, though the plastic of the lantern has begun to lose some of it’s malleability.  If that doesn’t show how tough they are I’m not sure what does, especially since if it gets a hole you could use a standard patch kit to repair it or buy a couple of new ones so that more people around the world benefit from a Luci. 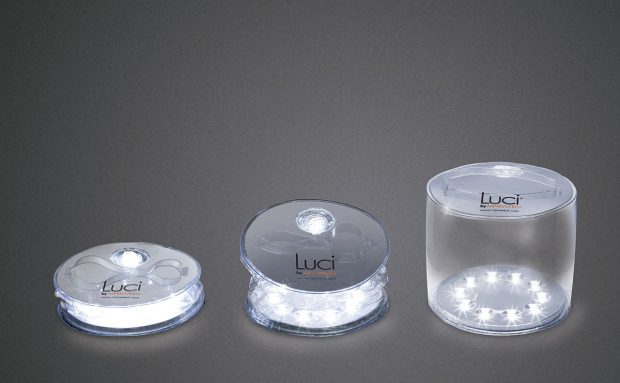 One of the new features on the Luci Charger is that it is now phone compatible, you can adjust the lights how you want through a phone app via Bluetooth! This has made it even more impressive for mood lighting or maybe a lantern can be put somewhere and if you lose power and it is charged you can just use your phone to turn it on and off as you leave rooms or got to sleep.

My big concern was that having a USB port might make it no longer waterproof up to a meter.  It seems my concern was unjustified though since they use a stopper similar to the one used to hold the air in when you inflate a ball, pool toy or mattress just designed to plug a different shaped hole, in this case the one over the USB port. So if you plan to go camping on a river that you are kayaking you don’t have to worry about it getting to splash damaged or submerged to work.

Apparently it is obvious I can’t say enough positive things about the MPowerd Luci Inflatable Smart Solar Light Mobile Charger and every concern that presented itself proved unwarranted, one of the latest additions to the Luci family has definitely earned it’s spot of prominence. The emergency and relief effort uses are staggering as are the humanitarian as since 2012 when the company started they have affected over 3 million lives and counting. Donate $10 to improve the world, and while you are at it you should pick up a couple for yourself which in turn will help more people. There are no cons or downsides, except maybe the fact that you do need it to be charged. 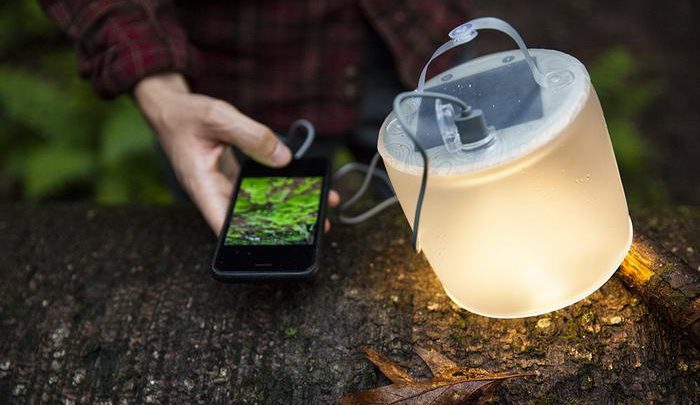