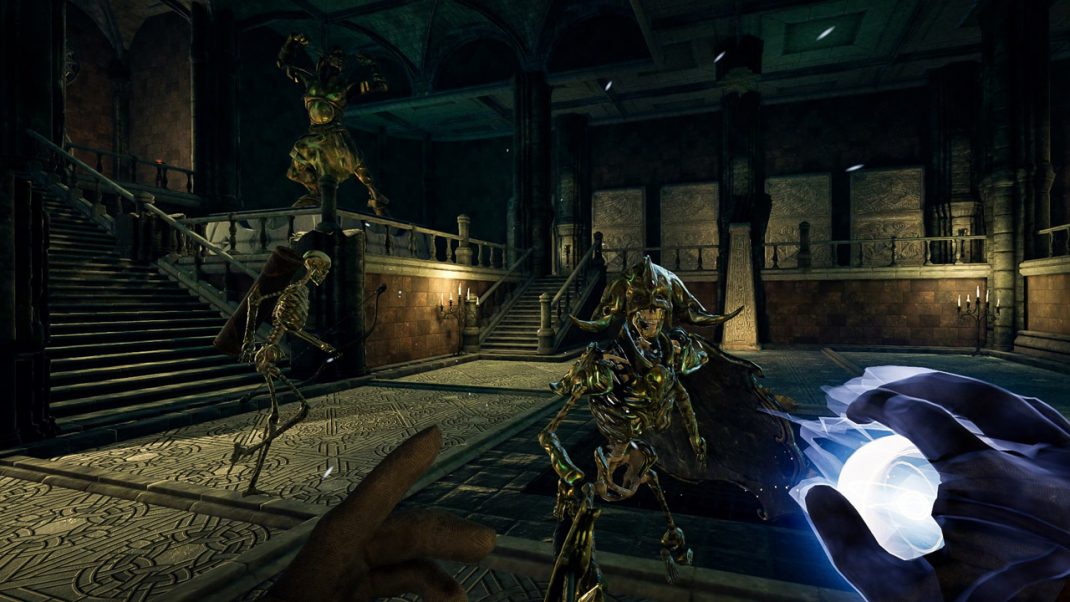 NEWPORT BEACH, Calif. – Feb. 6, 2019 – inXile Entertainment, the studio led by Interplay founder and industry icon Brian Fargo, is proud to announce the release of The Mage’s Tale on Playstation VR. The title will be available for PSVR users starting today with a retail price of $29.99. inXile plans a post launch patch for PS4 Pro Enhanced The Mage’s Tale, exact date will be announced soon.

The Mage’s Tale, a finalist for Game of the Year at the 2018 VR Awards, is a 10+ hour dungeon crawler RPG set in the dungeons below Skara Brae. The Mage’s Tale offers players the ability to craft hundreds of spells, explore dungeons, solve puzzles,and fight creatures. The Mage’s Tale score was produced and composed by Ged Grimes of Simple Minds and features some of the top Gaelic singers in the world.

“Our first VR title was all about realizing a vision that we had as game designers decades ago.”, said inXile CEO Brian Fargo. “With The Mage’s Tale, we’re taking players from looking at a dungeon to placing them directly inside it. These advances in technology and the uniqueness of VR’s ‘being there’ experience allow players to more fully immerse themselves and connect with gameplay in a whole new way. Between The Mage’s Tale and our recently released Bard’s Tale IV, it’s a great time to be a Bard’s Tale fan.”

The Mage’s Tale can be found here: https://www.playstation.com/en-us/games/the-mages-tale-ps4/