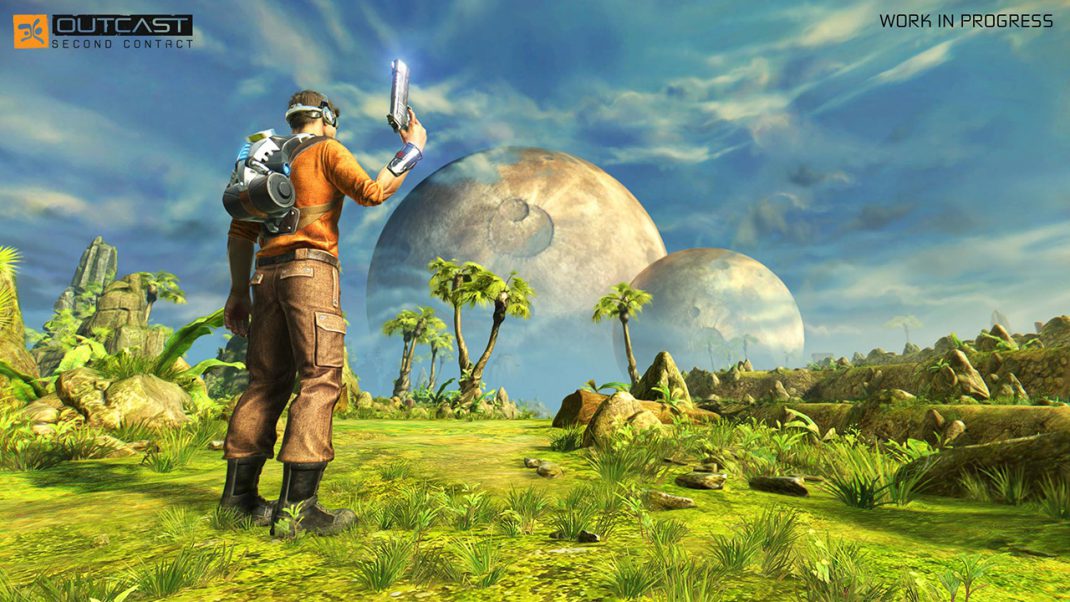 January 10, 2019: THQ Nordic today announced that the acquisition of the intellectual property “Outcast” has been finalized with the three original creators of the game.

The acquisition itself is being handled by THQ Nordic AB, based in Karlstad, Sweden, and daily operations (sales and distribution, evaluation of sequels & new content etc.) will be done via THQ Nordic GmbH in Vienna, Austria.

About Outcast
GameSpot’s Adventure of the year in 1999 puts you in the role of Cutter Slade, a former U.S. Navy SEAL, and right in the middle of the alien world of Adelpha. After a couple of things went South with a probe sent to a parallel universe, Cutter is given the job to escort 3 scientists, close the black hole and safely get everyone back to Earth. So one cakewalk of a job and he blew it… Damn it, Cutter…