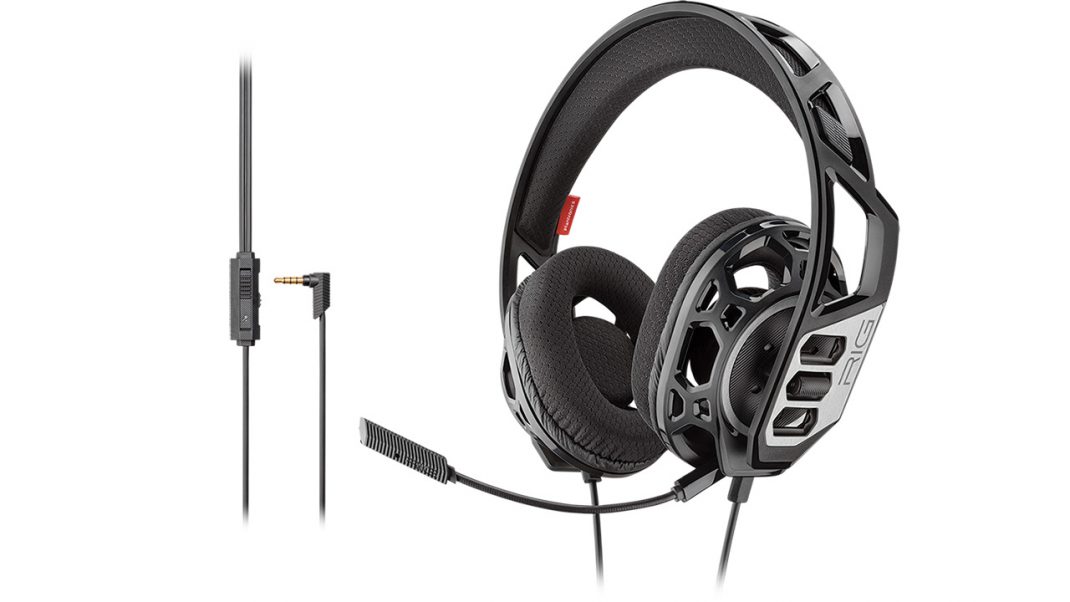 Plantronics has been around a while and have already made a name for themselves when it comes to headsets and accessories, particularly the RIG series.  While they make each one for a particular system some are made to run the bases of gaming being able to be used on other systems by design or adapter.  One such headset is the RIG 300HC, designed for the Nintendo Switch but usable on any system with a 3.5mm headphone jack.

The RIG 300HC has some great features that make it solid for around the house.  With that size jack you can use the headset when walking around the house listening to music as well as playing games on your phone (one I play called Hello Hero sounds amazing on my iPhone) then grabbing a seat and snuggling up to your XBox One for a long gaming session.  They are designed to be used with the Nintendo Switch and they do work great with it, being lightweight enough to portable play with but being a larger profile than ear buds like a lot of people might use, the larger profile providing a far more expansive sound experience.

One of the ways the RIC 300HC keeps the weight down to keep the headset on the go is to have cups with a spider web modular design to the outer plastic section around the cup.  This actually works two fold, it allows sound to come in so you can hear a car screeching or maybe your mom yelling that it is time for dinner.  It is a great beginner and younger player headset since they can’t use the excuse that they can’t hear their parent/spouse.  I often find this a problem when I am playing WoW and Mrs. Ripper is telling me what I need to improve on during a raid while we are both wearing headsets to hear our raid leader on Discord.  The headset even has adjustable volume and mutable mic inline on it so you don’t have to open a jacket if your phone is in your pocket and you want to temporarily turn down the music and if you need to talk to someone outside of game you can turn the sound and mic off on your headset to talk to people IRL.  This all just seems so handy for a parent and child dynamic, which might be why it is aimed at such a family console as the Nintendo Switch.  Also the holes increase airflow through the headset which helps prevent too much sweat on them, yuck!

On the side of the head bar of the headset there are three holes on each side where you can choose to plug in your headset cups.  If you want a larger headset space you go on the headset holes at the farthest end, if you want it smaller then it’s inner most spots.  The headset uses this to set the size on your head, there is no adjustability to the bar which means it won’t slip but it also won’t fine tune in comfort. There is a modular/spider web design to the head bar as well, my guess is those and the lack of an adjuster are there to help lower the weight of the headset even more.  It is plastic with a bit of padding is all which definitely puts the main weight in the cups themselves.

The inside of the RIG 300HC has padding around the outside with quite a bit of padding on the inner most cup as well, this helps with the lack of adjustability allowing longer contact with that area before fatigue.  Attached to one side is a noise cancelling microphone on a bendable boom.  This combined with the cups being plug n play with the head bar makes it so you can put the mic on either side which I find to be a great design.  Sometimes if I want to block sound quickly to talk to someone in the room I reach up and cover the mic, often having to pull it down to talk to the person.  With this headset system I can put the boom mic cup on whichever side I want so if I spend a majority of my time talking to someone on my left side I can not only move the mic cup to my right but the boom is designed to be fully rotated around to face the other way for a natural look and feel even if the headset is technically backwards then.  You can even move the boom up and out of sight if you are playing a game that you don’t need a mic for or you are just walking around listening to music.  The mic is noise cancelling so you don’t have to worry about somebody else in the room letting out a blue streak about their game.

Last bit to mention would be 40mm drivers to hit the sound home and make music in your head and Soundguard Acoustic Safety Technology makes sure the sound isn’t damaging the hearing is said head.  Besides that if the headset is taken on an airplane you might be required to keep the sound down somewhat because they are cracking down on electronics that make noise other passengers can hear.  RIG 300HC have some bleed out which might not bother the average person in a car or house but sitting uncomfortably close on a plane is a whole different story.

Plantronics RIG 300HC is a great headset for younger gamers and professionals alike, pretty much anyone who wants great sounding audio and has a 3.5mm audio jack to plug into (or an adapter for such things as a USB port).  The design looks sleek while having every part of it serving a purpose or being stripped away to create the longest and most portable use time possible. 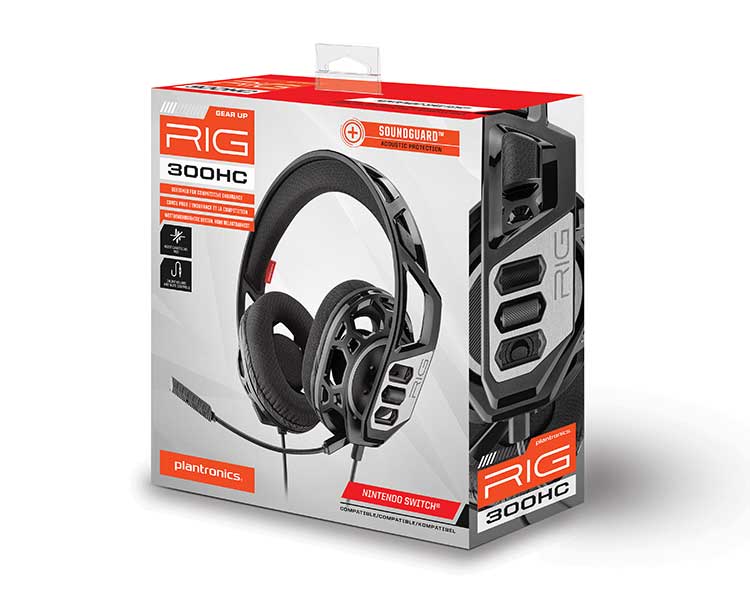