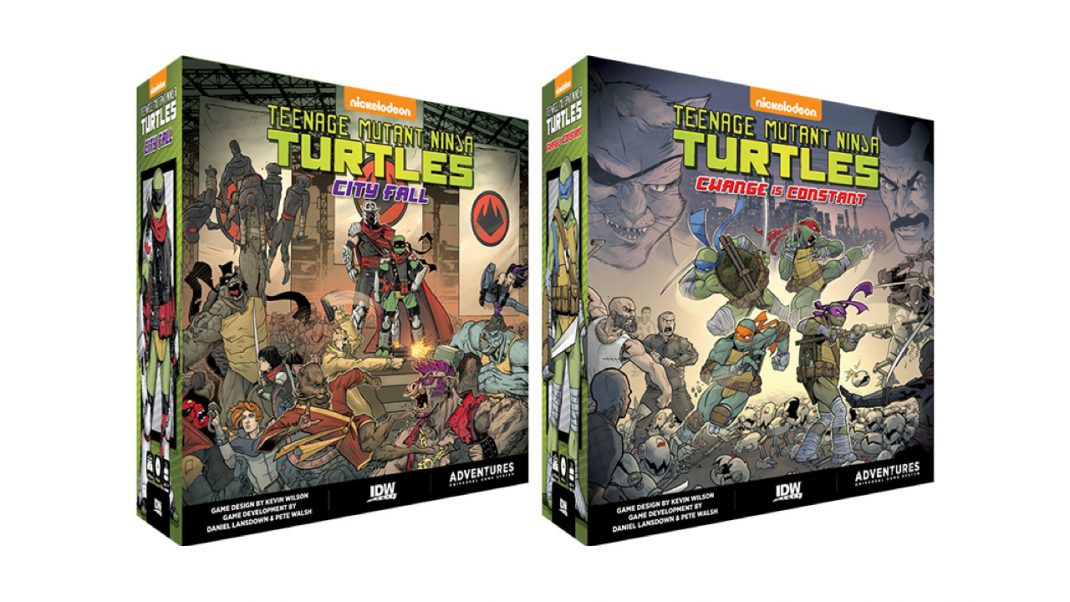 SAN DIEGO, CA (November 29, 2018) – IDW Games are excited to announce the next tabletop adventure for Teenage Mutant Ninja Turtles with Teenage Mutant Ninja Turtles Adventures. Expanding on the system of TMNT: Shadows of the Past, this tabletop miniatures game will be coming to Kickstarter in January and will be action-packed with new miniatures, tiles, and Adventure Comics for both TMNT fans and miniature game players.

Teenage Mutant Ninja Turtles Adventures will be both a co-operative and 4v1 adventure set in IDW’s TMNT universe. Kevin Wilson, the designer of TMNT: Shadows of the Past, will be returning to oversee development of the game, while Pete Walsh and Dan Lansdown, founders and admins of the Shadows of the Past online community, will join the team to take the lead on design, including the oft-asked-for A.I. rules to allow for fully cooperative game play.

Jerry Bennington, IDW Publishing’s VP of New Product Development, says, “We are looking forward to continuing with more Teenage Mutant Ninja Turtles stories on the tabletop! The fans are excited for more, and Pete and Dan have expanded on the amazing game system built by Kevin Wilson to create a foundation for great gameplay and storytelling. With new art and miniatures, TMNT fans are going to have a lot of fun with these new games.”

The Kickstarter campaign for the first two volumes of the game, Change is Constant and City Fall, will launch in January and feature new miniatures, characters, tiles, and fan favorites for all new adventures. With 30 new unique miniature sculpts and iconic art, this game will launch the Teenage Mutant Ninja Turtles into their next incarnation on the tabletop.

“We want to use Kickstarter as a way to bring the fun of Teenage Mutant Ninja Turtles Adventures to more fans and gamers, while allowing us to create even more components and elements for the game that would not be possible through regular retail release,” says Jerry Bennington. “This will be the first in a series of Adventures-branded miniatures games that will bring some of the industry’s most iconic properties to the tabletop, so fans will have a lot to look forward to through 2019.”

Prior to the Kickstarter campaign, fans attending PAX Unplugged (Nov. 30 – Dec. 2) will have the opportunity to demo the game at IDW Games booth #3148. For more information on the Kickstarter and game previews join the TMNT Adventures Facebook Group to be a part of the community.