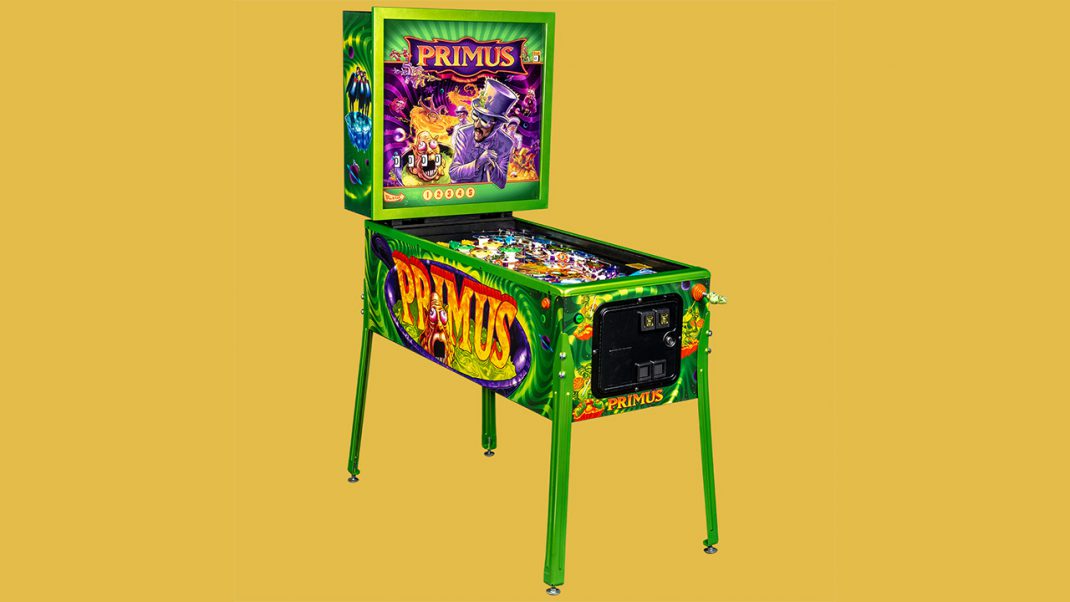 CHICAGO, IL – November 26, 2018 – American rock band Primus proudly announced today the availability of its highly anticipated pinball machine. Released in a limited edition of only 100 units, these highly-collectible, band-signed machines feature the soundtrack of the band’s greatest hits and custom-recorded audio by Les Claypool. The game was developed in partnership with Stern Pinball, Inc., a global lifestyle brand based on the iconic and outrageously fun modern American game of pinball.

The Primus pinball machines are covered top to bottom in surreal, mind-bending art inspired by the band’s signature aesthetic. Renowned illustrator Zombie Yeti and longtime Primus art curator Zoltron spent 100+ hours together collaborating on the direction and illustration of this game. Primus fans will instantly recognize the classic imagery of the band’s album cover art, including a fully-rigged ship from Sailing the Seas of Cheese, the iconic head-in-a-frying-pan from Frizzle Fry, and the smiling baby from Suck on This, among many others.

Primus chose to use a classic pinball playfield to allow the visual menagerie to take hold of the player. Each unit is hand-signed by all three band members and includes a metallic ‘authenticity’ placard individually embossed (under glass). All units are outfitted with an upgraded Kenwood sound system and feature 13 popular tracks, including:

“Being a guy that has made many records over the past few decades, published a novel, directed videos and a feature film, as well as having collaborated with heroes like Tom Waits, Geddy Lee, Stewart Copeland, Bernie Worrell, Trey Anastasio and others, it wasn’t till this moment, being immortalized in a pinball machine, did I really feel like I’ve made the big time,” said Les Claypool.

Fans and pinball collectors can purchase the Primus pinball machine for $7,995 directly at: http://bit.ly/PrimusPinball

Only 100 units are being released.