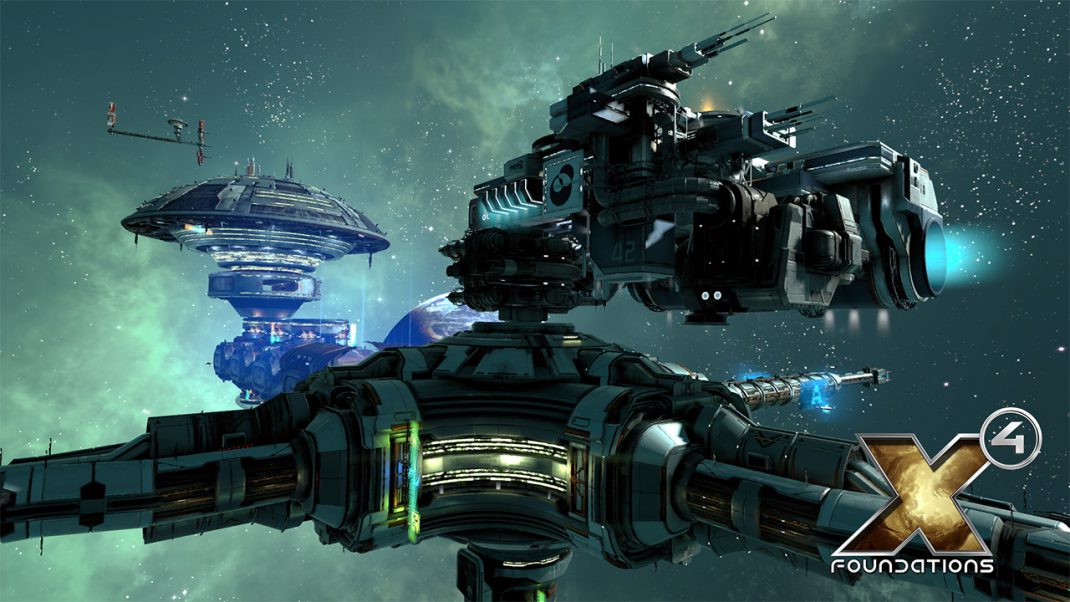 November 20, 2018 – A space simulation, played as an action game from the 1st person in a living breathing universe, X4: Foundations delivers the franchise’s most sophisticated universe simulation ever. Players will manage an empire while exploring space in first person. They can FLY EVERY SHIP, TRADE and FIGHT to BUILD their empire with modular station construction and think carefully when embarking on an epic journey.

The game is completely realistically simulated and the economy can go through massive changes. No two universes in different player save games will be anything alike after just a few hours of playtime. NPC factions are now able to freely decide what factories and ships to build, and it is all eventually consumed in the ultimate big economy drain: WAR.

It is this realistic simulation at the core which makes all player experiences in that universe so much more authentic. Every action has the potential to influence something else, something bigger.  Things do not just happen because of the player, but because a part of this real simulation. For instance, when a ship is destroyed, it won’t deliver its goods to a factory, causing prices to increase.

About X Games
X games are space simulations played as action games from 1st person in a living breathing universe. TRADE FIGHT BUILD THINK is the common headline above all X games. That part may sound familiar to everybody who knows Elite (or any of its predecessors) or follows the development of Star Citizen. Where the X games are unique is in their depth when it comes to simulating an entire universe of NPC ships and stations including a realistic economy.

X games simulate a huge real “bottom up” universe. Hundreds of stations and thousands of ships, trade goods between each other. Prices change based on supply and demand. Resources are mined, refined into metals transported to higher level factories with workers that consume food and produce even higher level goods. All ultimately leading to tech products at the top.
EGOSOFT has been developing  the X game series for more than 20 years: