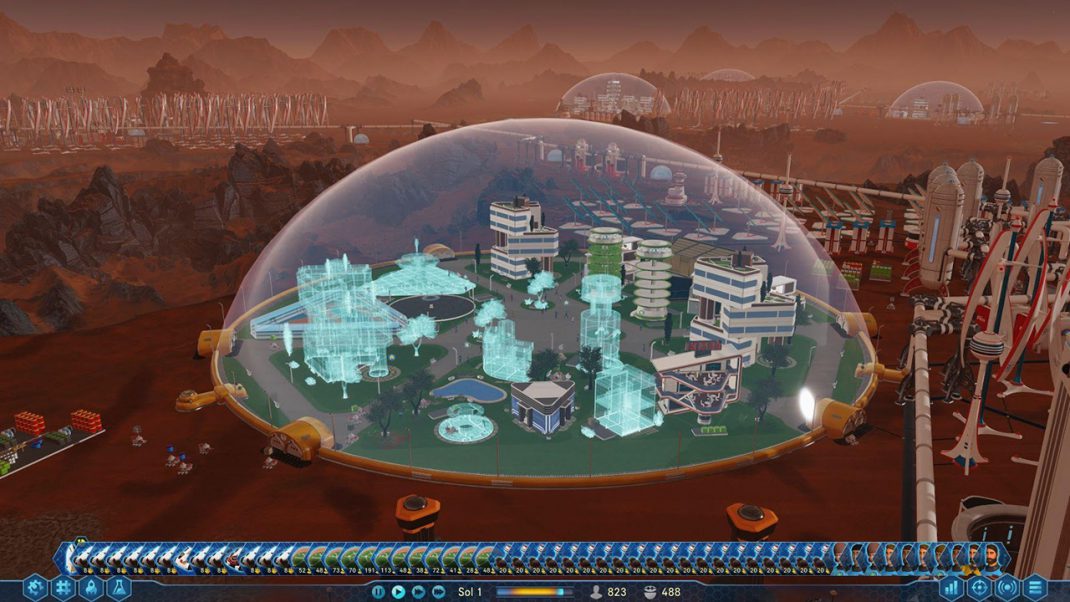 STOCKHOLM – Nov. 5, 2018 – Paradox Interactive and Haemimont Games have today announced that Surviving Mars’ first expansion Space Race will launch on November 15th, 2018 for PC, Xbox and PlayStation. With the introduction of rival colonies, players can look forward to a whole new side of extraterrestrial colonization with other settlements racing for milestones and key colonists as competitors, or issuing distress calls and trading as crucial allies. Either way, the cold expanse of space just got far less isolated with new rival colonies and new mission sponsors footing the bills.

Whether your approach to colonization of alien planets is fast and furious, or slow and steady wins the space, get all the information you need to get ahead in the new feature breakdown trailer here:

Or, check out the new expansion for yourself! Paradox is hosting a streaming event called Space Race – Rival Colonies Stream on the 7th of November at 17:00 CET08:00 PST at the Paradox Mixer channel, and you can follow the Space Race here: https://mixer.com/paradoxinteractive

Surviving Mars: Space Race Plus also features the Marsvision Song Contest and Colony Design Set content packs for the colonizer who appreciates the finer things in life on Mars:

Get a headstart in the race and sign up for a pre-order here: https://www.paradoxplaza.com/surviving-mars-space-race/SUSM01ESK0000063-MASTER.html

To find out more about Surviving Mars take a look at here for upcoming news and community activities: www.survivingmars.com/