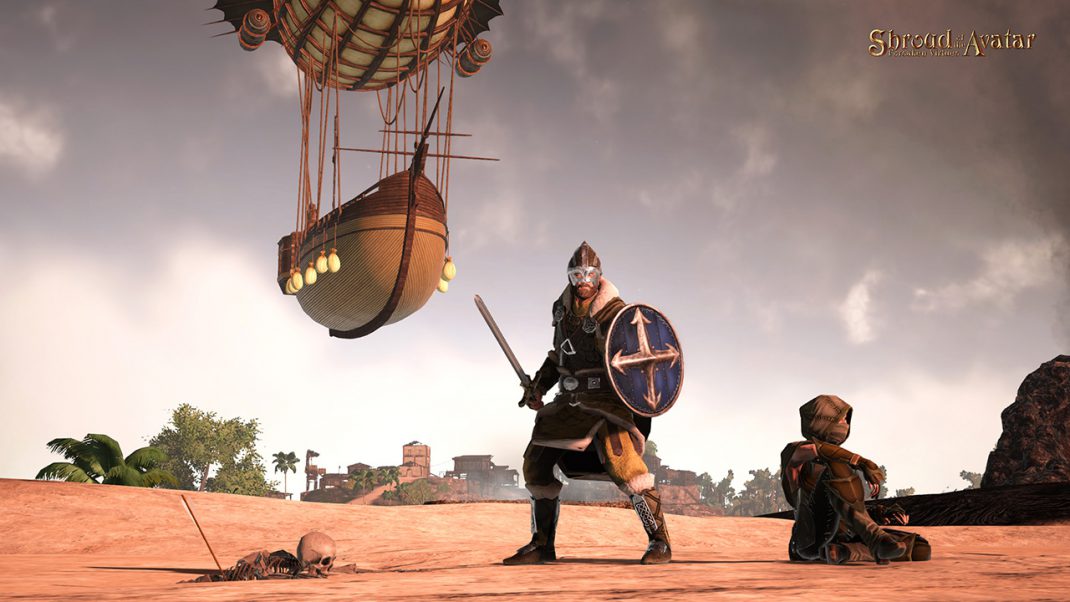 Shroud of the Avatar Now Free to Play

AUSTIN, Texas, October 30, 2018 — Shroud of the Avatar™: Forsaken Virtues, the record-setting crowdfunded game from famed game designer Richard Garriott, is now available for anyone to play…no purchase necessary! The makers of Shroud of the Avatar, Portalarium™, expanded the free to play features last week and also turned on an overhauled new user experience, a highly anticipated update to the game which should be a welcome addition to all new players ready to venture in Garriott’s fantasy world of New Britannia.

“We are thrilled to open up Shroud to a larger audience of gamers,” said Creative Director Garriott. “We have removed almost all gameplay restrictions from our free players. Now those players can trade freely with other players, own land and play through the entire story! This means that you no longer need to make a purchase to have the Shroud of the Avatar experience!”

The new user experience is an important addition to Shroud. Executive Producer Starr Long explained, “We’ve separated our tutorials from the story-telling spaces in the starting areas. We now have a focused tutorial area in the Isle of Storms where we walk players through the game basics. These progress in a gated fashion so the players must finish learning a skill and utilizing it before they can travel to the next part of the tutorial. We’ve been working on this for several months and are excited to roll this out at the same time we are launching free to play.”

Also choosing one’s story path is now independent of a player’s starting decks. Players start with three decks: Blades, Ranged, and Magic. Once all the tutorials are completed, players will then journey through the lunar rift to one of the three starting areas. Those areas are now polished to be more focused and tighter in their direction. Plus with no more tutorial elements in those areas, those starting scenes are now entirely focused on story.

Shroud of the Avatar launched in March and since that time the Portalarium team launched a new website and has added a multitude of quality of life updates and major features to the game world including:

Shroud of the Avatar is the largest crowdfunded video game to ship digital and physical products. The game raised more than $12.3 million when it launched in March. Portalarium has now shipped the boxed version of the game, including the beloved cloth maps and manual illustrated by Denis Loubet, to more than 8,000 backers. More backers are scheduled to receive their boxes in the coming weeks. A version of the box can be purchased via Amazon or directly from the Shroud of the Avatar store(this version is signed by Lord British).