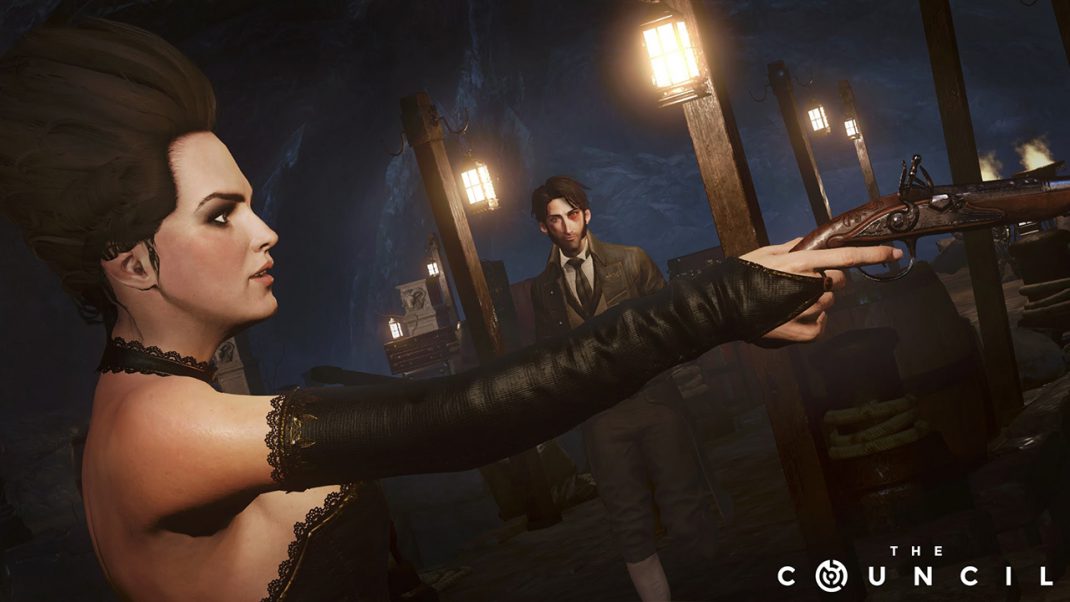 September 18, 2018 – The fourth episode of The Council, the narrative adventure game redefining the genre with RPG mechanics and consequences for every choice, releases this month on September 25th. View the first screenshots of this new episode in the link above!

Episode 4: Burning Bridges sees allegiances explained, rivalries come to a head, and the ghosts of the past begin to catch up to the inhabitants of the island. Your decisions will haunt you as you decide the fate of Louis, Mortimer, and the world itself.

The Council has already enthralled players and press alike with a deep and captivating story, featuring intricate characters and smart writing. The Council’s innovative concept pushes the genre beyond its boundaries and allows for meaningful choices with impact-ridden consequences.

Witness Louis’ first encounter with the catacombs beneath Mortimer’s island in a set of new screenshots. The characters and their fates are bound to your choices, and shown here is just one way things can go – how will your endgame begin?

Owners of the Complete Season or the Season Pass can play Episode 4 on September 25th. Episode 4 will be available as a single episode two days later, on September 27th.