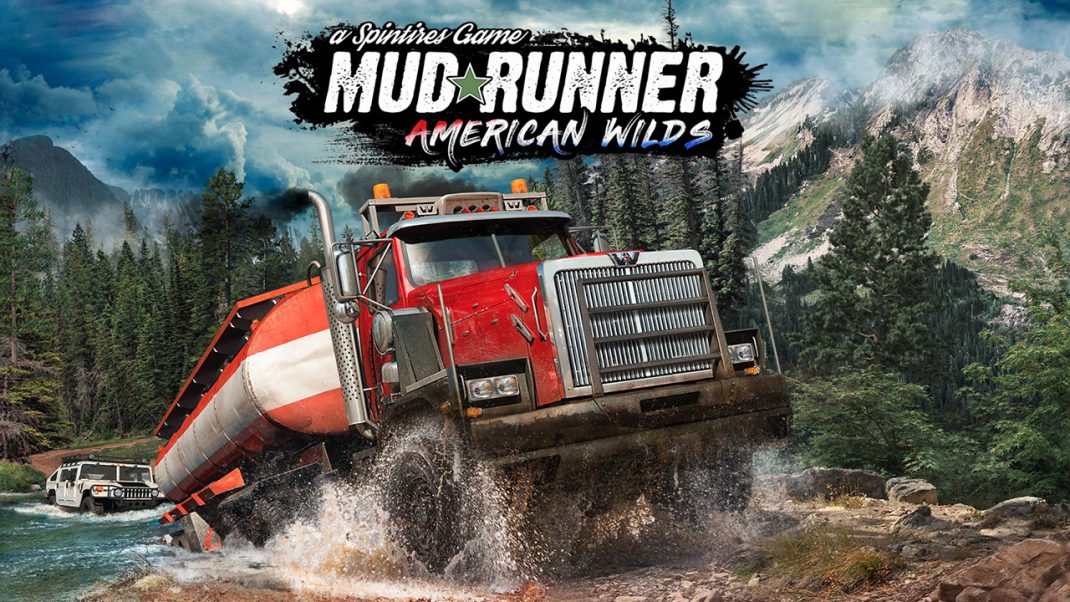 September 11, 2018 – Though development of MudRunner 2 was announced just a few days ago, Saber Interactive is continuing its support for Spintires: MudRunner. Even more new content is on the way soon, as the American Wilds Expansion releases October 23. Watch the Teaser Trailer now!

Spintires: MudRunner will also make its debut on Nintendo Switch later this year in November, along with all content released to date including American Wilds.

The American Wilds Expansion features a number of highly-requested additions, including 2 new sandbox maps inspired by the rough lands of Montana, North Dakota and Minnesota, new challenges to tackle, and seven of the most iconic US trucks from household brands including Hummer, Chevrolet and Western Star…. This means a total of over 30 vehicles, 60 add-ons, 10 sandbox maps and 11 challenge maps in the Spintires: MudRunner – American Wilds Edition, which brings together the new expansion, base game and DLC content.

Overcome muddy terrain, raging rivers, and other obstacles that realistically react to the weight and movement of your vehicle, powered by the game’s advanced physics engine. Armed with your map, compass, winch, and driving skills, go solo or join up to three others in the coop multiplayer. On PC, download mods created by the passionate community for truck-loads of content and an ever-evolving Spintires: MudRunner – American Wilds experience.

The American Wilds Expansion, as well as the American Wilds Edition that includes the base game and all of the previously released DLCs will release on PlayStation 4, Xbox One and PC on October 23 and for the first time on Nintendo Switch in November.