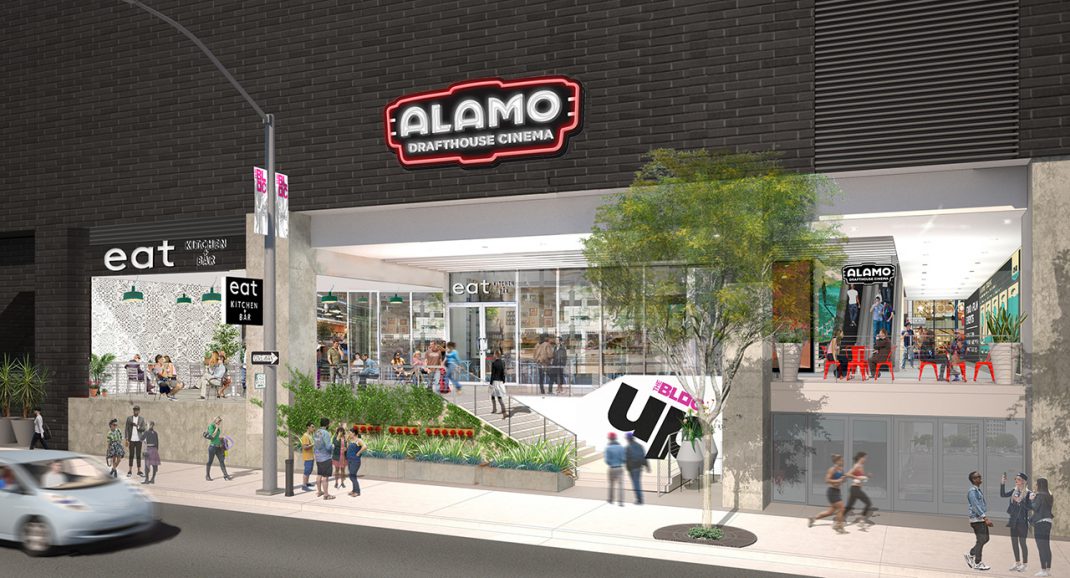 “Independent releases make it or break it on opening weekend in New York and Los Angeles,” says Alamo Drafthouse Cinema founder Tim League. “We are extremely excited to be able to meaningfully support a wide array of amazing independent films in these two important cities.”

Like in all the company’s nearly 40 locations, Alamo Drafthouse Los Angeles and Lower Manhattan will feature a diverse mix of blockbusters, indies, documentaries, foreign language films, repertory classics, and unique special events. Both theaters will feature 4K Barco laser projection, immersive surround sound, and luxury recliners in all auditoriums. Continuing the company’s commitment to preserving 35mm, both theaters will feature 35mm changeover projection, so that both classic films and new releases can be experienced in glorious celluloid.

Each of the new locations will also include local branches of Video Vortex, a bar concept that debuted earlier this year in Raleigh, North Carolina. First and foremost, Video Vortex is a neighborhood video store that features thousands of DVDs, Blu-rays, and even select VHS (along with rentable VHS players) curated by Alamo Drafthouse staff and the American Genre Film Archive. But unlike a traditional video store, rentals at both Video Vortex locations will be… free.

“So much of film history is not available on streaming platforms,” says Kat Shuchter, Video Vortex manager. “We want to make our curated archive of film classics and obscurities available for the next generation of cinephiles.”

In addition to movie rentals, Video Vortex is a full-service bar featuring craft cocktails, wine, and 48 local beers on tap. Video Vortex will also sell board games, collectibles, movies, and apparel from Mondo and other brands.

“After the successful release of The Thing: Infection at Outpost 31 last year, Mondo has built a great team to develop a wide array of new strategic tabletop games,” says Mondo Creative Director Jay Shaw. “We are obsessed with gaming and want Video Vortex to be a home for enthusiasts and new players alike.”

The bar will feature board game nights, trivia nights hosted by Birth.Movies.Death., and other live entertainment. Video Vortex will also display a dizzying array of vintage Sixties and Seventies-era French and Italian film posters courtesy of the American Genre Film Archive. The Video Vortex concept debuted earlier this year at the new Alamo Drafthouse location in Raleigh, NC. For more details, visit videovortexbar.com.

Founded in 1997, Alamo Drafthouse has been heralded for unique programming events and high exhibition standards, earning accolades including “Best Theater Ever” (Time Magazine) and “The Coolest Theater in the World” (Wired). Alamo Drafthouse provides a unique combination of theater and restaurant, showing first-run movies, independent films, and special events with an extensive menu made from scratch. Guests order all food and drinks from servers who quietly attend to them throughout the movie from inside the theater.

Patrons are encouraged to arrive early to enjoy the pre-show entertainment. Instead of a barrage of advertising, Alamo Drafthouse shows a curated collection of rare and humorous clips themed to each feature. Additionally, Alamo Drafthouse protects the theatrical experience with a zero-tolerance policy for people who disrupt the film with talking or texting. Alamo Drafthouse was featured on global news for a viral “Don’t Talk” PSA that used a humorously misguided voicemail from an actual patron who was ejected for texting during the film. The full story on the long tradition of Alamo Drafthouse’s no talking/texting policy can be found here.

For developments on Alamo Drafthouse Los Angeles or Manhattan, visit drafthouse.com and follow us on Facebook, Twitter, and Instagram. Sign up for our email updates via the Alamo Victory loyalty program at drafthouse.com/victory to be entered to win a year of free movies and to get an exclusive invite to the grand openings next year.