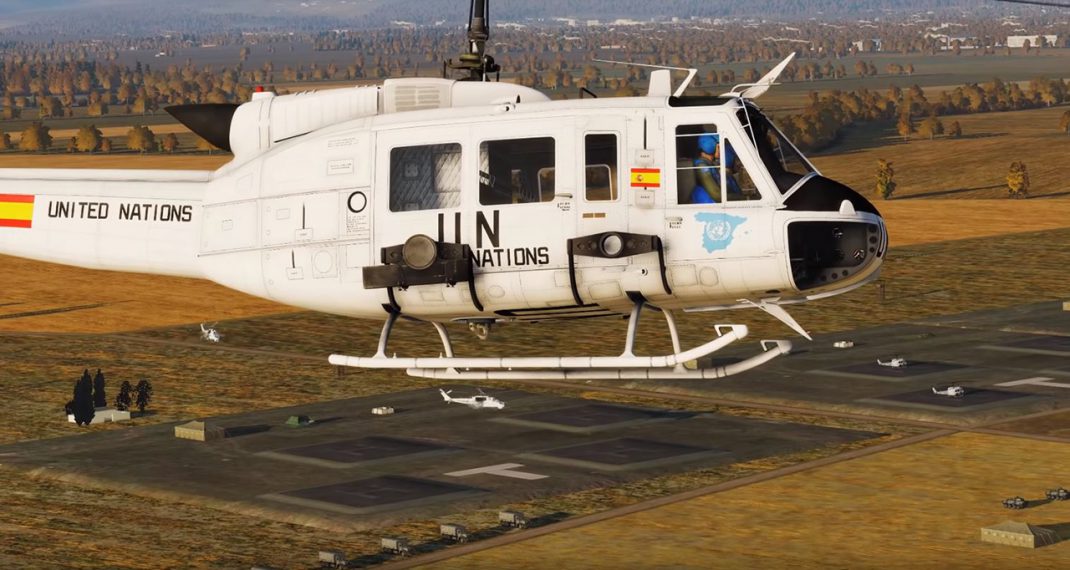 September 5, 2018 – Starting today lasting until September 30th, 2018, we are offering all four DCS World helicopters for just $69.99! Normally a $199.96 value; this is a 65% saving on each helicopter. DCS World offers some of the most realistic helicopter simulations available on the PC, and nothing compares to the helicopter combat environment that DCS World offers.

For new DCS World helicopter players, this is a rare opportunity not to miss:

The Ka-50 Black Shark is a unique and deadly single-seat, Russian attack helicopter that has seen combat in the Northern Caucasus. It combines a high performance dual rotor system with a deadly weapons payload of guided missiles, rockets, bombs, and a 30mm cannon. The Ka-50 is also unique in that it has an ejection seat.

DCS: Mi-8MTV2 Magnificent Eight focuses on the Mi-8MTV2 – an upgraded version of one of the most widely produced helicopters in history and a combat transport and fire support veteran of countless operations around the world.

The UH-1 Iroquois, better known as the Huey, is one of the most iconic helicopters in the world. Indispensable in the Vietnam War, the Huey continues to serve in both military and civilian roles around the globe today. DCS: UH-1H features an updated model of the helicopter armed with rockets, gatling guns, and door gunner machine guns. The simulation offers both extreme realism in its flight and systems modeling as well as a variety of options to reduce the learning curve for new players, including an Easy flight mode. DCS: UH-1H provides multiple player positions, including pilot, co-pilot, and door gunners. A handcrafted storyline campaign is included as well as a number of single missions and a training course.

The SA342 Gazelle is a light scout/attack and transport helicopter. It was introduced in 1968 as a result of cooperation between Aérospatiale and Westland Aircraft. Operated by 23 countries, the Gazelle has served in combat operations across the world including the 1991 Gulf War, 1982 Lebanon War, Syria, and other conflicts.

The Gazelle is powered by a single turbine engine that is connected to three glass-fiber reinforced plastic main rotor blades with a bearingless main rotor developed by Bölkow GmbH. It is also the first helicopter which features the famous Fenestron tail rotor.