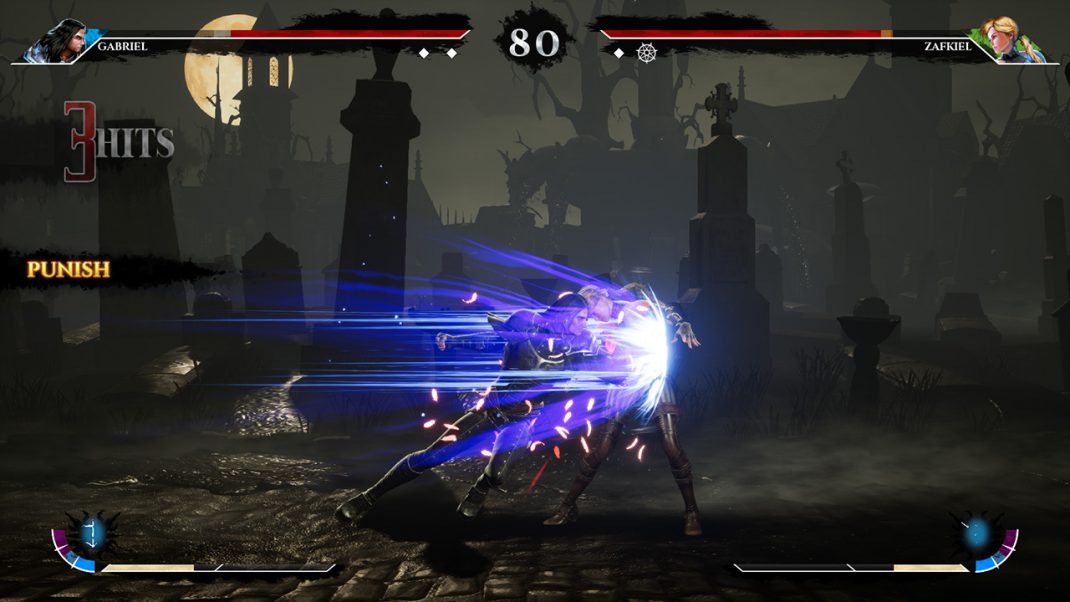 Rotterdam, The Netherlands – August 16, 2018 – SOEDESCO and AOne Games kicked things up a notch today, with their announcement that dark fighting game Omen of Sorrow will release for PlayStation®4 both digitally and physically on the 6th of November. A brand new trailer has been released to celebrate this milestone.

Conquer darkness
Omen of Sorrow is a four-button fighting game inspired by classical horror, fantasy and iconic myths and legends. Players can find themselves battling in various dangerous and gloomy places, such as a raging forest fire or a sinister castle. Omen of Sorrow also features 12 legendary characters, such as the half-angel Gabriel and the strong but unlucky hunchback Quasimodo. All characters are connected by an intricate storyline full of internal struggles, spite and malice.

Playable at Gamescom
Omen of Sorrow will be playable at Gamescom in Cologne from the 21st to the 25th of August 2018, in hall 10.1 at booth no. B-62. This will be the perfect opportunity for visitors to contend with their friends in a daunting match, before Omen of Sorrow is even released. Additionally there will be cosplay at the SOEDESCO booth! ShowGirlShae poses as Zafkiel from Omen of Sorrow, and visitors have the opportunity to immortalize the moment by taking a picture with her.