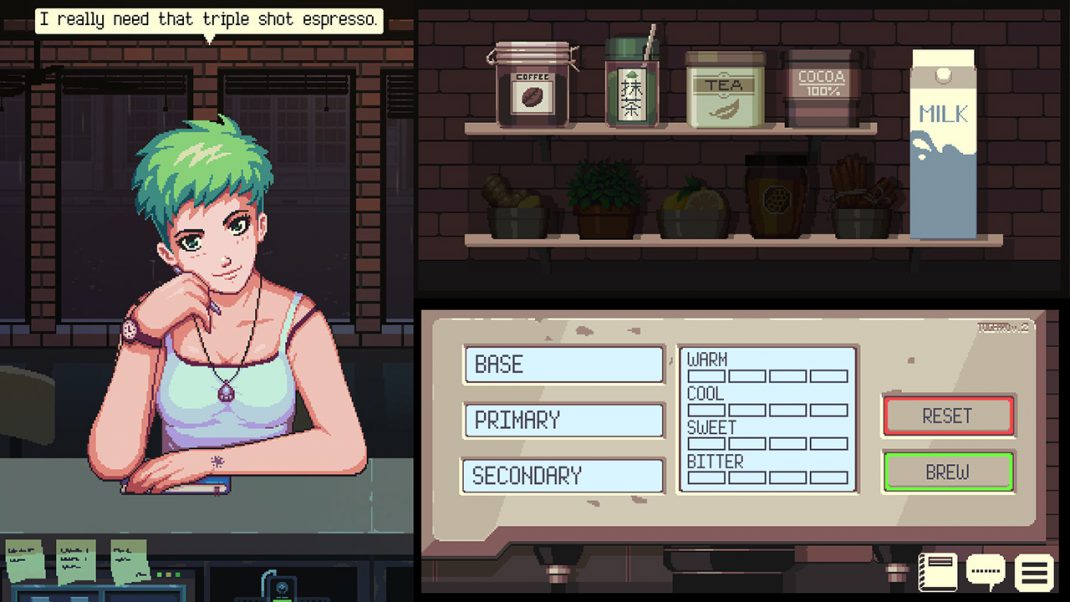 Coffee Talk Gets a Demo

Tangerang, Indonesia – August 8th, 2018 – Toge Productions is proud to announce that it’s bringing its barista simulator and visual novel Coffee Talk to PC and Mac in 2019.

Set in a near future fantasy rendition of Seattle full of elves, mermaids, aliens, succubi, orcs, and more, Coffee Talk tasks players with brewing beverages for its clientele whose lives will be shaped by how you treat them. Serving drinks is important, but so is offering a sympathetic ear, a warm smile, and some down to earth barista wisdom. Coffee Talk’s branching storylines will be shaped by the quality of your drinks and fixing the right beverage to your clientele.

Immerse yourself in Seattle’s counterculture; from the dramatic love story between an elf and a succubus, to an alien visitor trying to understand human behavior, to a fledgling writer struggling to meet their deadline, you’ll hear many stories of people trying to sort out life’s countless problems at a cafe. All this is adorned by Coffee Talk’s jazzy, lo-fi soundtrack and neon color palette inspired by 90s anime and classic pixel art adventure games.

An early demo of Coffee Talk can be downloaded for free right now on Steam,  itch.io and Gamejolt. Coffee Talk was originally conceived as part of company’s internal game jam and after receiving a very positive public perception, Toge Productions rallied behind the project to flesh it out as a full commercial release. Toge Productions intends to share the whole development process with its community on Twitter.

“Coffee Talk was inspired by the calm feelings of drinking warm drinks in the middle of a cold rainy night, alone or accompanied by friends,” said Mohammad Fahmi, script writer and director of Coffee Talk. “It’s an experience that makes you think, feel, and helps rest your body and soul.”