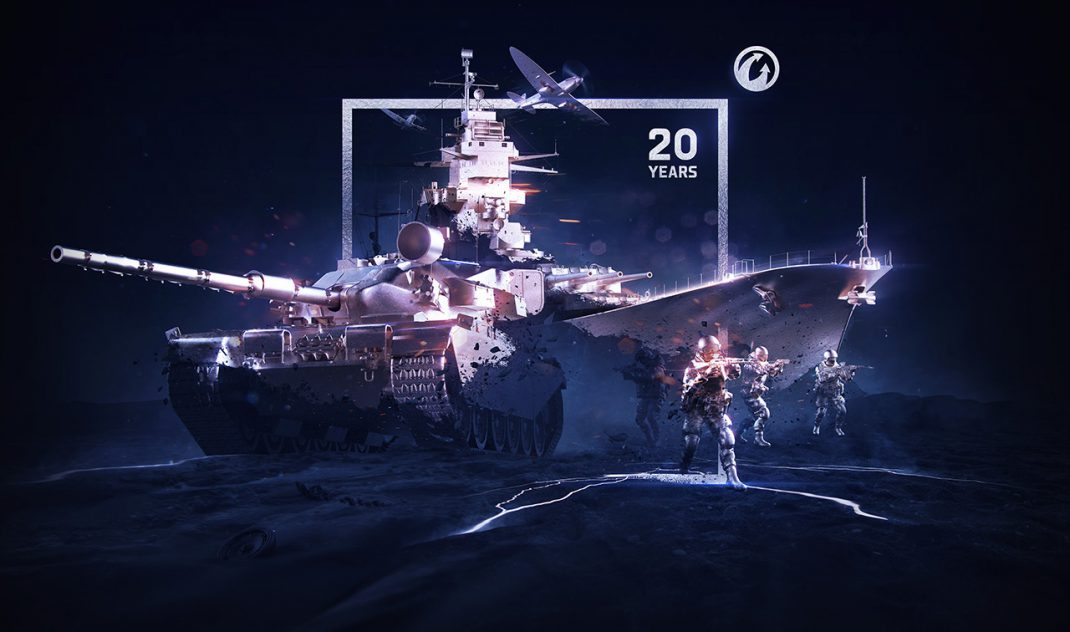 August 3, 2018 — Throughout the month of August, Wargaming is celebrating hitting the 20-year milestone. To thank each and every tanker, pilot, and commander of the 200 million-strong community for sharing the passion and dedication, a special set of events are starting, and everyone is invited to take part.

Over these two decades, the company has created a portfolio of over 15 titles across PC, consoles, and mobile. On these platforms, it has taken the lead to bring free-to-play to the mainstream audience. Wargaming cooperated with industry leaders while making younger developers’ dreams become a reality through recently developed 3PP programs.

Wargaming’s flagship title is preparing a fancy camouflage and emblem unique to the 20-year milestone. Alongside this, there will be a marathon of missions, x4 XP for every first victory over the weekend and a huge amount of tanks heavily discounted.

A set of five battle missions are awaiting aviation enthusiasts. Each mission gives a better reward (Premium Account, Crew XP and more) and ultimately, gifting victors, the Soviet Tier IV Fighter, Polikarpov I-153 DM-4. Much like World of Tanks, there will be heavy discounts (up to 50%) and x5 XP for the first victory that weekend.

On August 22, captains will be transported to St Petersburg when they open their Port: after all, St. Petersburg is the hub of development. The game is also sharing its own 3rd birthday so it’s extra special.

Community celebrity Dasha has been transformed into an in-game captain, and each player will receive her for each nation. Everyone will receive patches featuring the aforementioned Dasha and another fan favorite, Alena, as well as a group of new signal flags.

A new in-game event is the cause for celebration in World of Tanks: Mercenaries. Register now here and be in with a chance to win some amazing prizes, including the Tier VIII Premium vehicle of your choice as the grand prize.

Total War: ARENA is offering 100,000 Free XP to anyone who logs in to the game from August 3-10. This sum can be used to unlock in-game content. In addition, from August 3-8, players will get x6 XP for each Commander’s first victory and huge discounts of 50% on the Commanders themselves and customization items. This is the best time to discover the free-to-play multiplayer title from the legendary Total War™ series.

More details via the link: https://totalwararena.com/en/news/specials/happy-birthday-20/

Blitz’s birthday celebrations haven’t stopped as they have another reason to party: Wargaming turning 20. 20 years means 20% discounts all over the Store as well as x3 XP for each first victory over the weekend (August 3-6).

World of Tanks Blitz is available on the App Store and Google Play.

Starting August 23, World of Warships Blitz celebrates Wargaming’s 20th anniversary with a week full of sales and events. Treat yourself with a whole bonanza of discounted items like Boosters, Ship Slots, Premium Ships, Silver, Gold and much more.

Join our celebration in a special Birthday Victory Blitz. Rules are simple: win battles to win a special WG Birthday Camo. To come on board, just download the game! See you in the high seas in World of Warships Blitz.

World of Warships Blitz is available on the App Store and Google Play.