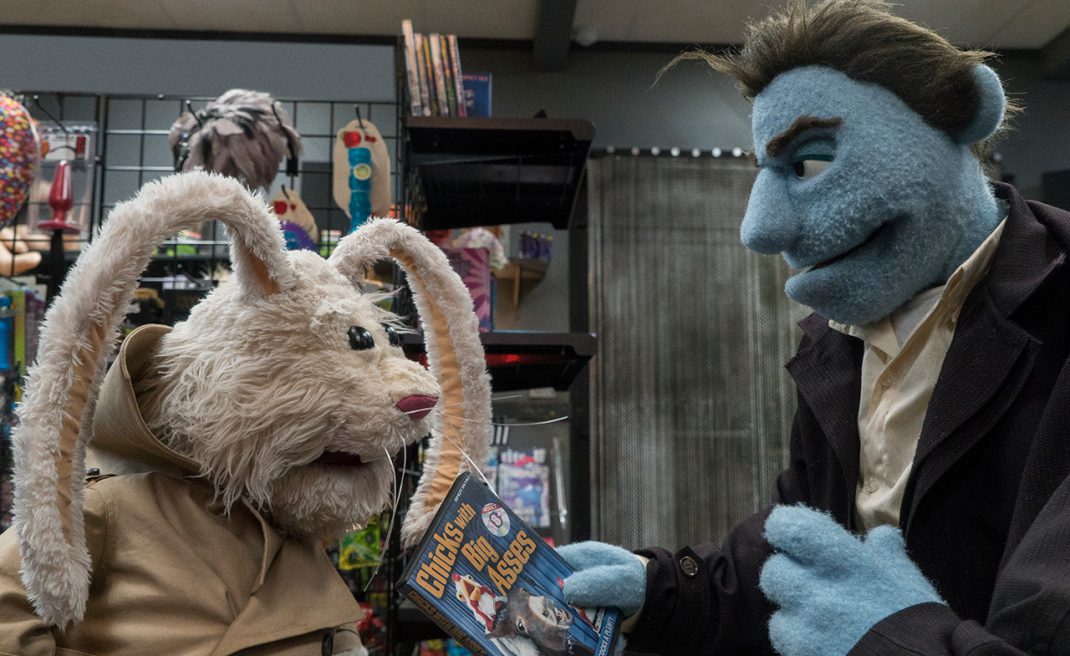 August 1, 2018 – STXfilms’ THE HAPPYTIME MURDERS is only a few weeks away from its eagerly anticipated theatrical release on August 24, but for four nights only from August 10-13, adult fans get an early peek into the NSFK world of puppet pleasures at the The InkHole, a one-of-a-kind pop-up tattoo parlor. Word on the street is The InkHole isn’t just a place for tattoos – there may be a hidden passage leading to a secret speakeasy. It is rumored that puppets from all walks of life, even prominent lawyer Fred, Esq., have been spotted at the popular hangout for the puppet underworld. So, if you’re looking for a good time and an experience you’ve never felt before, come and try your luck at a hand of Blackjack, grab a drink at the bar, and enjoy a variety of performances on the main stage, only at The InkHole!

STXfilms, a division of Robert Simonds’ global, next-generation media company STX Entertainment, marketing agency Giant Spoon and Henson Alternative have teamed up for this unique immersive activation that allows fans to rub shoulders with their favorite puppets and see who really pulls the strings.

THE HAPPYTIME MURDERS is set in the underbelly of Los Angeles where puppets and humans coexist. Two clashing detectives, one human and one puppet, are forced to work together to try and solve who is brutally murdering the former cast of “The Happytime Gang,” a beloved classic puppet show. Starring Melissa McCarthy, Maya Rudolph, Joel McHale and Elizabeth Banks with Brian Henson directing from a screenplay by Todd Berger. Based on a story by Todd Berger & Dee Austin Robertson. Producers are Brian Henson, Jeff Hayes, Melissa McCarthy, and Ben Falcone. (Credits not contractual)

Admission is free – tickets available at: