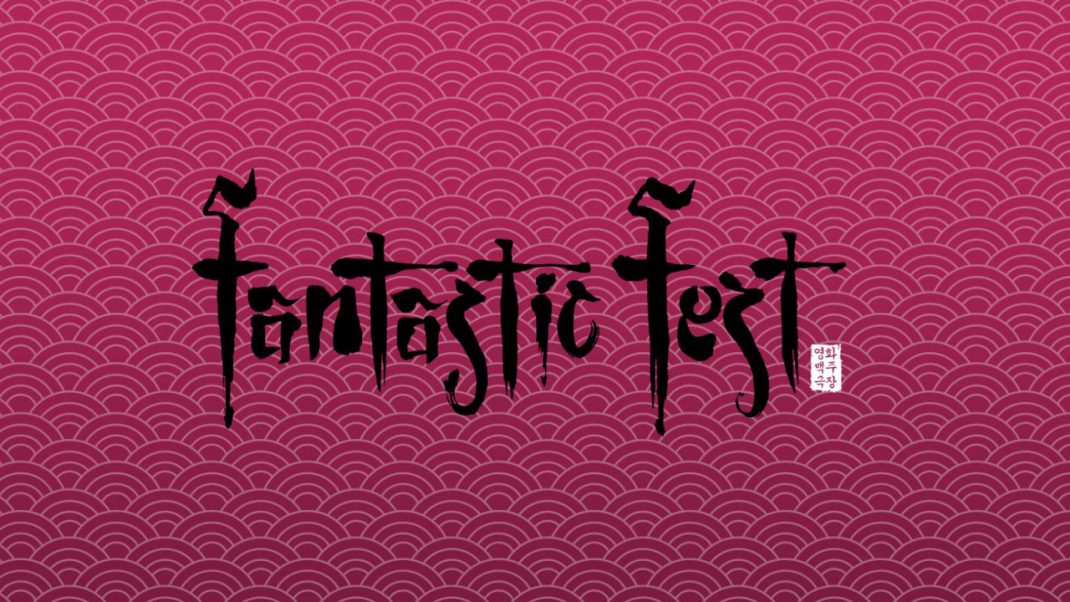 Austin, TX – Tuesday, July 31, 2018 – Entering its 14th year of celebrating offbeat and brilliant cinema, this installment sees Fantastic Fest bring the very best in mind-melting mayhem and madness from all corners of the globe, which also includes a cinematic trip back in time to South Korea, highlighting a period of filmmaking that was mad, bad and dangerous to know!

Fantastic Fest alumni return to the festival in a dual threat that promises to shock, awe and conquer audiences. First up APOSTLE sees Gareth Evans’ (THE RAID) take on the folk horror genre with Dan Stevens as a mysterious man infiltrating a sinister cult headed by Michael Sheen to rescue his sister with eye-gouging results. Then, Timo Tjahjanto pits Joe Taslim against Iko Uwais (THE RAID) in THE NIGHT COMES FOR US, an action thriller where the body count breaks new records in bone-crunching fights, venomous violence and dynamic destruction!

Fantastic Fest’s mission to bring the best of genre continues to flourish with a worldwide group of films headed to Austin for a celebration unlike any other. Leading the pack is returning comedic genius Quentin Dupieux (RUBBER) with his unexpected tale of a police interrogation during a murder investigation over the course of one night in the North American Premiere of KEEP AN EYE OUT. Director Alejandro Fadel’s cerebral Cannes shocker MURDER ME, MONSTER will also have its North American Premiere at the festival. Sensational shot-on-16mm psychotropic horror LUZ will be in Austin for its U.S. Premiere, and the thrilling Swedish independent blockbuster THE UNTHINKABLE will blast the audience with its European take on a nation-under-siege big-budget spectacle at its World Premiere.

Other Fantastic Fest highlights include a focus on global female genre filmmakers who are blasting through the silver screen with distinctive and brilliant features. From Ukraine, Marysia Nikitiuk explores the clash between old world values and young love in a visually charged fusion of genres in WHEN THE TREES FALL. Spain’s Sonia Escolano turns up the tension in her mesmerising treatise on religion, faith and belief in HOUSE OF SWEAT AND TEARS. Isabella Eklof brings her Sundance critical hit HOLIDAY to the fest all the way from Denmark. And finally, alumna Amanda Kramer makes an unforgettable mark with her distinctive debut LADYWORLD, a post-apocalyptic, daring probe into the darkest reaches of the teenage female mind.

Fantastic Fest turns its eye to South Korea and explores the Korean Quota Quickies, a period in the 1970s which saw filmmaking flourish despite stifling ideological censorship thanks to a quota system which required a strict number of local productions be made for each of the foreign films imported. Although most of these were rushed productions, clever directors used the system to their advantage to sneak strange and daring content past producers, directors and censors. Fantastic Fest is going to present two very rarely seen films from the period: BANGREUMYEON from director Kim Ki-Young, one of Park Chan-Wook’s directing idols, and QUIT YOUR LIFE from director Park Nou-Sik, who provided the literal roadmap for all Korean revenge movies to come.”To be able to highlight a period of Korean cinema that is largely unknown in North America is a brilliant opportunity to not only re-discover what shaped the modern Korean cinema we all know and love, but also a great way to tap into the sheer electric creative force running through the films as shaped by the strict authoritarian environment they were created in,” says FF Creative Director Evrim Ersoy. The festival will also bring the best of modern Korean cinema to the festival including Lee Chang-dong’s critical Cannes hit BURNING.

AGFA (the American Genre Film Archive) triumphantly returns to the festival with a trio of restorations all receiving the World Premiere treatment. ’80s shot-on-video epic BLOOD LAKE is restored from the 1″ master tapes and arrives alongside a double bill of I WAS A TEENAGE SERIAL KILLER and MARY JANE’S NOT A VIRGIN ANYMORE, celebrating the punk riot grrrl feminist cinema of Sarah Jacobson, both in brand new 2K preservations. Plus the highly-anticipated World Premiere of MANIAC, restored lovingly from the once-thought-lost 16mm negatives into 4K; with director William Lusting in attendance!
A bizarre trio of animation from across the world arrives at the festival to showcase the most daring, dangerous and unique styles. From Japan and the demented mind of Ujicha comes VIOLENCE VOYAGER, a stop-motion cornucopia of mesmerising madness. From Chile, directing duo Cristóbal León and Joaquín Cociña’s breathtaking WOLF HOUSE, featuring perhaps the most inherently sinister and chilling story in any film this year. And finally, from Czech Republic and building on the great Czech puppet animation tradition arrives Aurel Klimt’s delightfully untrue but entertaining story of the first dog in space, LAIKA.

Fantastic Fest also sees expansion within its advisory board with the addition of new member Curran Nault. Nault, who is the Founder and the Artistic Director of the queer transmedia arts festival OUTsider, says, ‘”It’s an honor to join the Fantastic Fest Board at this pivotal moment in its evolution. I’m beyond ecstatic to lend my voice to the extraordinary creative fray already underway this year.” He’s the sixth member of the FF advisory board, which also includes Kier-La Janisse, Suki Rose-Simakis, Elijah Wood, Peter Kuplowsky and Kristen Bell.

Finally, building up on last year’s successful launch, Fantastic Fest Satellite Markets are back! They’ll be showing best of the festival titles including CAM, THE GUILTY, this season’s scariest film TERRIFIED and many more to come in Denver, San Francisco and New York. Details for the Satellite Markets can be found on the satellite landing page, here!

APOSTLE
United Kingdom, 2018
World Premiere, 129 min
Director – Gareth Evans
The year is 1905. Thomas Richardson travels to a remote island to rescue his sister after she’s kidnapped by a mysterious religious cult demanding a ransom for her safe return. It soon becomes clear that the cult will regret the day it baited this man, as he digs deeper and deeper into the secrets and lies upon which the commune is built.

BURNING
South Korea, 2018
Texas Premiere, 148 min
Director – Lee Chang-dong
Lee Chang-dong’s latest triumph weighs the delicate balance between creation and destruction as a writer runs into an old classmate who gets him caught up in a mystery bigger than both of them.

DOG
France, 2017
US Premiere, 87 min
Director – Samuel Benchetrit
A dark fable about loneliness, perfectly illustrated by Jacques Blanchot’s loss of humanity and slow transformation into a dog. Director Samuel Benchetrit shares a subtle commentary on our current world, and its social, interpersonal, and political issues.

AN EVENING WITH BEVERLY LUFF LINN
USA, 2018
Texas Premiere, 108 min
Director – Jim Hosking
Fantastic Fest alumni director Jim Hosking (THE GREASY STRANGLER; RENEGADES) is back with a second feature as absurd, crazy, and funny as his first. Follow Lulu Danger’s very own revolution in a Lynch-meets-Waters run-down version of America.

THE GUILTY
Denmark, 2018
Austin Premiere, 85 min
Director – Gustav Möller
A horrific crime; an emergency responder struggling to stay off the edge; a kidnapping victim calling in for help. This is all we’re going to tell you about first-time feature filmmaker Gustav Möller’s unmissable and gripping debut thriller.

HOUSE OF SWEAT AND TEARS
Spain, 2018
World Premiere, 104 min
Director – Sonia Escolano
In Attendance – Director Sonia Escolano
“She,” the leader of a violent cult, rules her flock with an iron fist to ensure they never stray from the path. But a series of events and a mysterious outsider threaten the pattern of their reality in this electrifying exploration of faith and belief.

KEEP AN EYE OUT
France, 2018
North American Premiere, 73 min
Director – Quentin Dupieux
An absurd all-night interrogation set in a camp ’70s police station, Quentin Dupieux’s latest opus, KEEP AN EYE OUT, is a celebration of his own brand of quirky, offbeat humor, performed by France’s most refreshing comedic talents.

LAIKA
Czech Republic, 2017
Regional Premiere, 88 min
Director – Aurel Klimt
In Attendance – Director Aurel Klimt
This is the story of Laïka the space dog who, unlike in real life, did not die aboard Sputnik 2 in 1957. In this bizarre and charming stop-motion musical, Laïka crashes on a peculiar planet where she meets new friends.

LUZ
Germany, 2018
US Premiere, 70 min
Director – Tilman Singer
In Attendance – Director Tilman Singer
Luz enters a police station at night to report an assault. As the interrogation progresses, it becomes clear a demonic entity wants to possess her in this audacious, psychotropic horror film shot on 16mm.

THE NIGHT COMES FOR US
Indonesia, 2018
World Premiere, 121 min
Director – Timo Tjahjanto
A former triad enforcer must protect a young girl while trying to escape his former gang, setting off a violent battle on the streets of Jakarta.

THE NIGHT SHIFTER
Brazil, 2018
US Premiere, 110 min
Director – Dennison Ramalho
An attendant at a busy morgue who can also converse with the dead puts his loved ones in peril using his forbidden knowledge for vengeance in Dennison Ramalho’s (NINJAS; ABCS OF DEATH 2) twisted and gleefully icky feature debut.

ONE CUT OF THE DEAD
Japan, 2018
Texas Premiere, 96 min
Director – Shinichiro Ueda
A filmmaker sets out to shoot a zombie film in an abandoned factory, but something is lurking on the outside. Is it a zombie apocalypse or just another shoot gone wrong?

OPEN 24 HOURS
USA, Serbia, 2018
North American Premiere, 100 min
Director – Padraig Reynolds
In Attendance – Director Padraig Reynolds
A young woman who had previously set her serial killer boyfriend on fire is now seeking normalcy by getting a job working the overnight shift at a 24-hour convenience store, where things are most definitely not going to be normal.

PIERCING
USA, 2018
Texas Premiere, 81 min
Director – Nicolas Pesce
From the twisted mind of Nicolas Pesce (THE EYES OF MY MOTHER) comes a provocative two-hander chamberpiece – a tense battle of wits and desire between prostitute and trick, predator and prey.

QUIT YOUR LIFE
South Korea, 1971
North American Premiere, 82 min
Director – Park Nou-sik
Presented in English for the first time, actor-director Park Nou-sik balances the scales of justice as he stalks around Korea with his noose of judgment in the relentless revenge drama QUIT YOUR LIFE.

SCHOOL’S OUT
France, 2018
North American Premiere, 103 min
Director – Sébastien Marnier
In this dread-soaked cerebral thriller, a handsome young substitute teacher gets in over his head when taking on a class of gifted students after their former teacher’s dramatic in-class suicide.

TERRIFIED
Argentina, 2017
US Premiere, 87 min
Director – Demián Rugna
In Attendance – Director Demián Rugna
Strange things are going on in a Buenos Aires neighborhood. Demián Rugna’s constantly surprising and truly spine-chilling horror film has one goal: to scare the shit out of everyone.

THE UNTHINKABLE
Sweden, 2018
World Premiere, 129 min
Director – Crazy Pictures
Something unthinkable is happening in Sweden. It starts with a few isolated incidents but suddenly, it’s all over the country. There are some who were prepared and others who weren’t. Ready or not, things will go out with a bang!

VIOLENCE VOYAGER
Japan, 2018
Regional Premiere, 83 min
Director – Ujicha
En route to visit a friend in another village, two kids go looking for a fabled shortcut through the mountain. Instead, they stumble upon an amusement park called Violence Voyager, and that’s when everything goes to shit.

WHEN THE TREES FALL
Ukraine, Poland, Macedonia, 2018
North American Premiere, 88 min
Director – Marysia Nikitiuk
In Attendance – Director Marysia Nikitiuk
Scar and Larysa are desperately in love and suffocating under the tradition and archaic demands of their Ukrainian village. When the frustrations of each finally detonate, their world and the lives of those surrounding them are tragically shattered.

THE WOLF HOUSE
Chile, 2018
North American Premiere, 73 min
Directors – Cristóbal León & Joaquín Cociña
In Attendance – Director Cristóbal León
An animated tale, supposedly restored from the archives of a German colony by the Chilean government, THE WOLF HOUSE is the unsettling story of Maria, punished with a hundred nights alone in a cabin in the woods.

FAN Badges and 2ND HALF Badges for Fantastic Fest 2018 are available for purchase here.