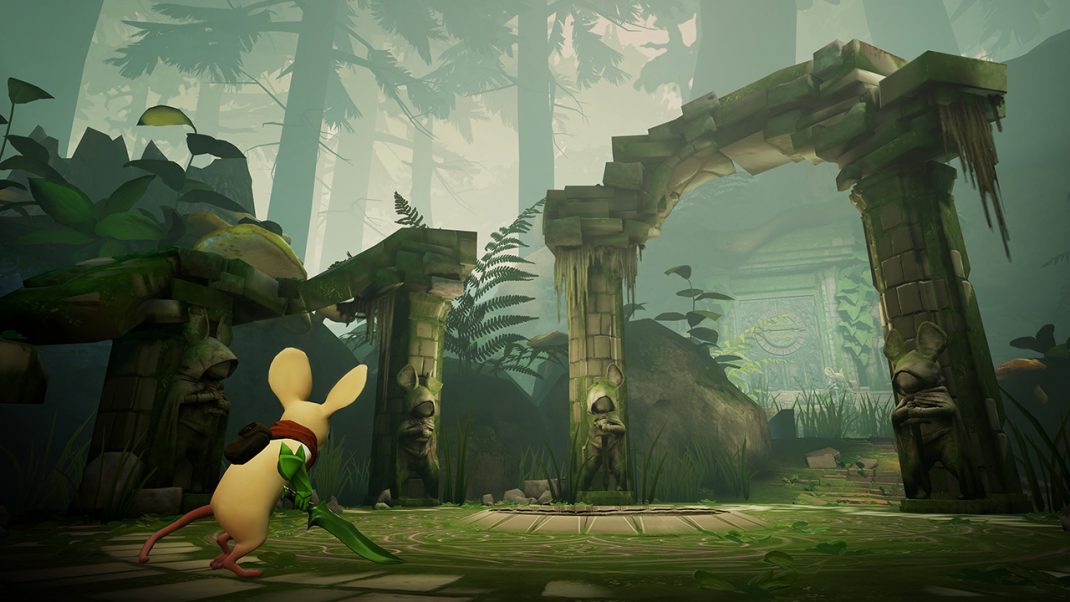 Seattle – July 27, 2018 – The world of Moss will soon extend beyond the virtual reality headset with the release of the Moss Soundtrack, dropping across major digital retailers August 3, 2018. As a special thank you to fans, Polyarc is gifting the full digital soundtrack to everyone who has purchased or will purchase Moss through PlayStation®Store, Steam, Oculus, Viveport, GameStop or one of the many physical retail locations by August 17, 2018. For all other music enthusiasts, the Moss Soundtrack is now available for pre-order at digital retailers such as Bandcamp, iTunes, Google Play, and Amazon.

Composed by two-time BAFTA award-winning composer Jason Graves, the soundtrack brings to life the melodic and playful adventure in Moss from the hero Quill’s perspective. Graves accomplishes this by employing small and intimate-sounding instruments — flute, oboe, Celtic harp, English hammered dulcimer, acoustic guitar, and classical violin — all composed, arranged, and produced in a pastoral soundscape with enchanting Waltz-esque flair. The soundtrack consists of 11 in-game tracks for more than 57 minutes of music, including the bonus track “Home To Me,” featuring Malukah. Three tracks (“The Clearing,” “Cinder Skies,” and “Home To Me”) can be sampled via Bandcamp.

For soundtrack collectors and fans of physical versions, Polyarc also opened pre-orders for a limited run of premium CD and vinyl albums. The album covers feature a Moss storybook design highlighted with gold foil. Inside the CD digipak, gamers are treated to art from the in-game collectable tapestry and environment. For the vinyl album, which features eight of the tracks, the black record label features a full color tapestry. Both the CD and vinyl albums can be pre-ordered at Materia Collective and Bandcamp.

In addition to the soundtrack, Polyarc is offering a Moss game + Moss Soundtrack bundle on PlayStation®Store for $29.99 starting August 3, 2018. The bundle promotion is available to everyone in North America and PlayStation®Plus subscribers in Europe for two weeks only. Following that, all players can purchase the game + soundtrack bundle for $34.99. The new bundle will also be available on Steam starting August 17, 2018 for $34.99.

Here’s how players who purchase Moss through August 17, 2018 can download the soundtrack for free:

Revered as one of the best VR titles to date because of its intuitive gameplay, creative design, and high degree of artistic polish, Moss brings a unique experience to gamers around the world. In Moss, players guide a young mouse hero named Quill on an epic journey while also manipulating the field of play as their own character and key ally to Quill. Moss brings together classic components of a great game — characters, combat, and exploration — with the exciting, interactive opportunities of virtual reality.