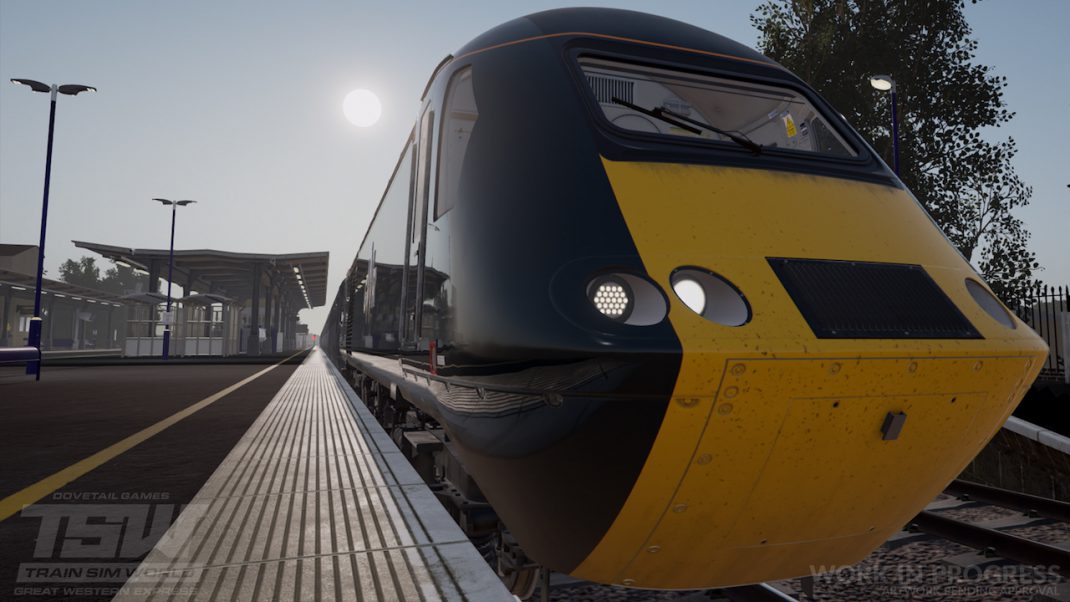 CHATHAM, Kent – July 24, 2018 – Dovetail Games, the multi award-winning developer and publisher of simulation games, is pleased to announce that Train Sim World® is out now on Xbox One, PlayStation®4 and Windows PC.

Train Sim World is a train simulator that brings to life the experience of operating powerful and realistic trains on authentic replicas of some of the world’s most amazing railways. Choose how you want to play, taking control and mastering powerful locomotives, running-to-time, carrying out important tasks or riding along as a passenger and watching the world go by. Watch the action unfold and capture amazing screenshots, or go exploring to hunt down all the hidden collectables. Whatever you choose, there’s lots to see and experience in Train Sim World.

Powered by Unreal Engine 4® technology and Dovetail Games’ proprietary SimuGraph® vehicle dynamics engine, underpinned with expert technical knowledge and real-world data, the performance, look and sound of each train have been accurately reproduced to feel just like the real thing.

Train Sim World features three distinctly unique experiences to test your skills on different trains and routes around the world:

Go to work as an engineer on one of America’s most famous railroads, driving Amtrak passenger and CSX freight trains on the world-famous Northeast Corridor from New York City. With freight and impatient passengers to transport on time, your skill, focus and endurance will be tested to the limit.

Drive high-speed passenger and freight trains on one of Britain’s busiest railways. Take control of the iconic Class 43 High Speed Train (HST), and command it to 125 mph along the Great Western Main Line out of London’s famous Paddington station.

Drive commuter passenger trains on one of Germany’s historic city S-Bahn railways. Navigating the busy S-Bahn will require you to master the layout of the route and the functions and systems of your train, as well as Deutsche Bahn’s unique signaling system.

Darren Potter, Executive Producer of Train Sim World at Dovetail Games, said, “In Train Sim World, we put you in the shoes of a train driver so you can climb onboard, see the sights, hear the sounds and feel the immense power of trains under your command. We’ve strived to deliver an authentic and highly detailed simulation across the PlayStation®4, Xbox One and PC that will feel intuitive on every platform. Whether using a gamepad or keyboard and mouse, you’ll be able to feel the detail.”

Owners of Train Sim World® Founders Edition on Xbox One can now activate a discounted upgrade to either version via their in-game route selection screen. Existing Train Sim World® content owners on Steam are now eligible for an upgrade to the full products.