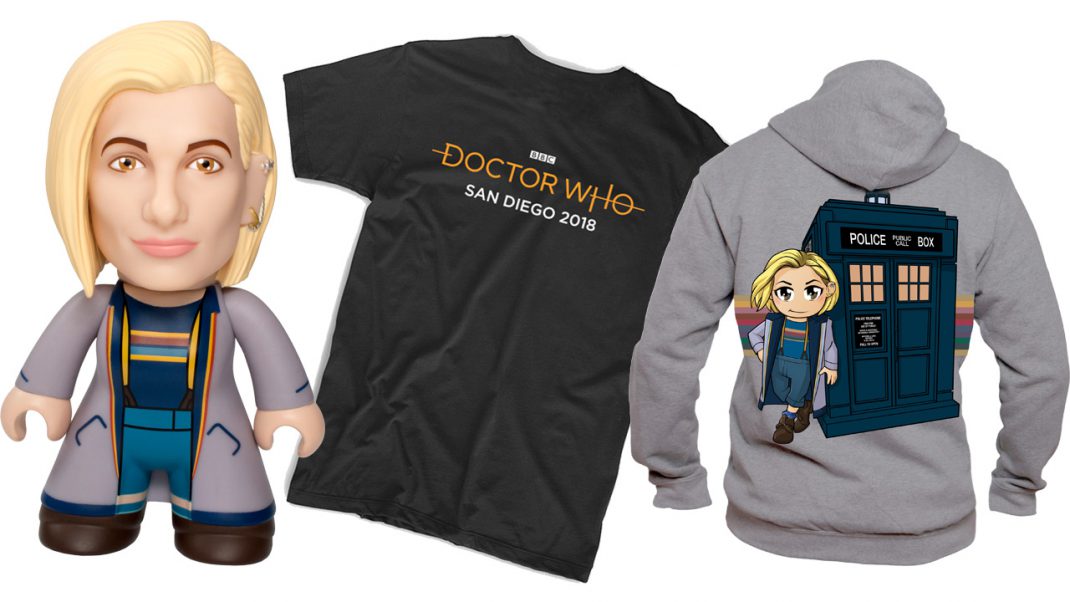 New York, NY – July 16, 2018 – The BBC Shop at BBC AMERICA booth #4129 is back at San Diego Comic-Con 2018 with exclusive Doctor Who merchandise featuring the Thirteenth Doctor, including a Thirteenth Doctor Superbitz plush, a Bioworld TARDIS Puffy Keychain, as well as a selection of t-shirts, hoodies, and mugs designed exclusively for the convention.

As a special bonus, the BBC AMERICA booth will host three booth signings:

BBC AMERICA will host a Doctor Who panel on Thursday, July 19 at 11:45am PT in Hall H, introducing Jodie Whittaker as the Thirteenth Doctor. Marking a new era for the legendary Time Lord, Whittaker will be joined on the panel by two of her Doctor Who co-stars, Tosin Cole and Mandip Gill, who play Ryan and Yasmin respectively, as well as award-winning series showrunner Chris Chibnall (Broadchurch) and executive producer Matt Strevens (An Adventure In Space And Time).