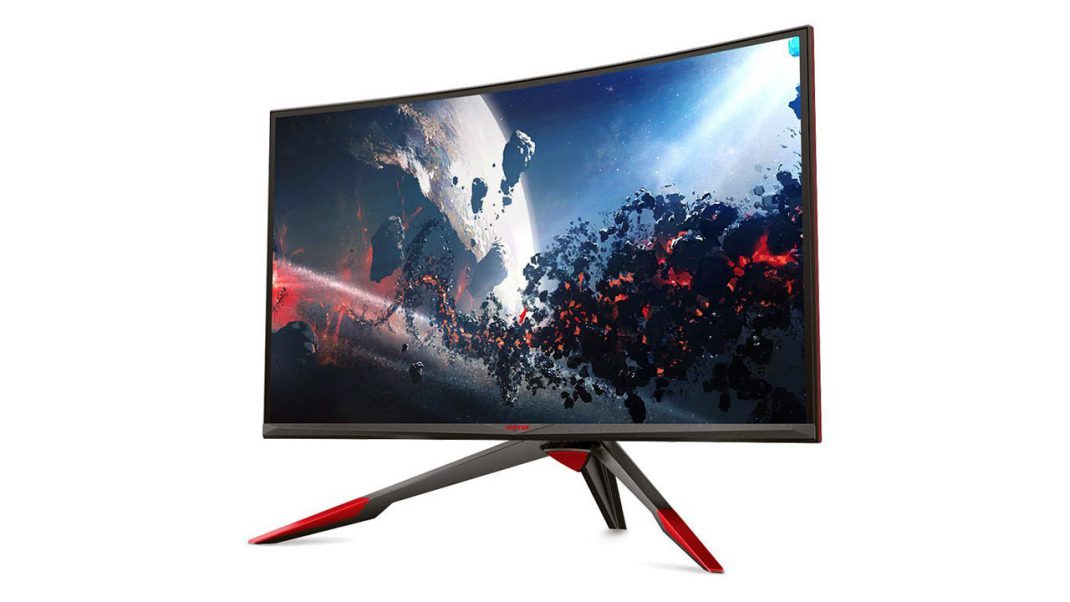 Recently, I got to take a look at Viotek’s GN32LD curved gaming monitor. I had not heard of Viotek prior to looking at this display, so I went into this product review with no preconceived notions about the company or its products. So, I opened up the large box that Viotek shipped over and started unpacking everything.

In terms of design, the Viotek GN32LD curved gaming monitor is somewhat dated from the back as it and the stand feature these quasi-futuristic red plastic pieces that do provide some contrast from the primarily gray/gunmetal body. Despite this, it comes off looking like some display partner to one of those crazy 2005 PC gaming chassis with way too many plastic flange pieces for its own good. Now, from the front, the GN32LD looks pretty snazzy and features a fairly thin bezel, which is always a nice thing to feature on a large display. The stand and base units are easy to assemble with just a few screws and Viotek is nice enough to include the screwdriver and hex key. The monitor attaches to the stand in the way that most monitors do these days, it simply clicks into place. Viotek has provided four standoff screws that can be screwed into the back of the mounting area to allow you to use a VESA mount on the GN32LD. It should be noted that the stand of the GN32LD will not allow you to rotate the monitor – something that I find to be rather important on a display where the inputs are on the flat bottom. 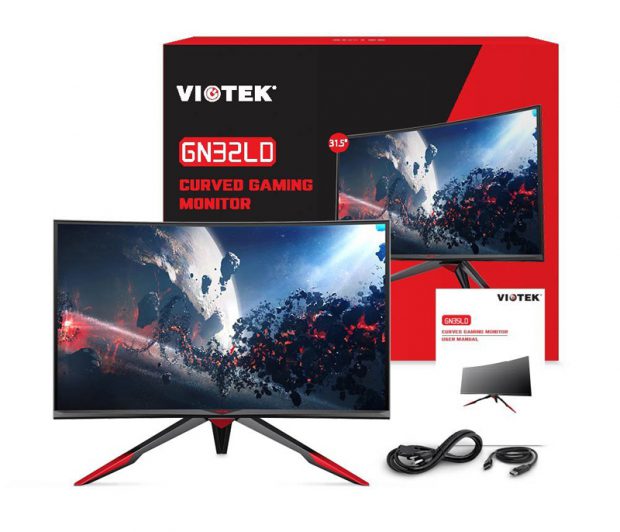 The GN32LD features three inputs on the bottom of the monitor: DisplayPort, HDMI, and DVI. There is also an audio output on the bottom of the monitor, which can be used with headphones should be looking to keep quiet with some late night gaming sessions – or just outputting the audio to some external stereo speakers. Also, the Viotek GN32LD does include a DisplayPort cable in the box which is great in case you forgot to buy one for your setup.

The Viotek GN32LD curved gaming monitor is a 16:9 display capable of displaying 2560×1440 resolution. Even with how much I love UltraWide gaming, this resolution has a big benefit over UltraWide displays. Primarily, those UltraWide displays are yet to be supported by game consoles like the Xbox One. This is very important – especially when specifically reviewing the GN32LD. Viotek has released this display with the purpose of being compatible with FreeSync on the Xbox One (and displaying 1440p resolution at 60Hz). Playing games on the Xbox One while using the Viotek GN32LD looks great, and I think one of the areas where the GN32LD really shines. For PC gaming, you can get the display running at 144Hz and there is not any noticeable ghosting at all when the action gets going. However, I did notice a slightly grainy or pixelated quality to the monitor’s picture when sitting about a foot away from it. I usually don’t sit so close to my monitors, but the GN32LD’s stand features a rear leg that pushes the display closer to you – and I have a narrow desk. Once I backed off a couple feet, the graininess was no longer an issue. This could be due to a slightly lower pixel density for its size but, again, once I backed off to a couple feet away, the picture was very nice and I had no complaints. Of course, this is at least in part thanks to the 1800R curve of the GN32LD. 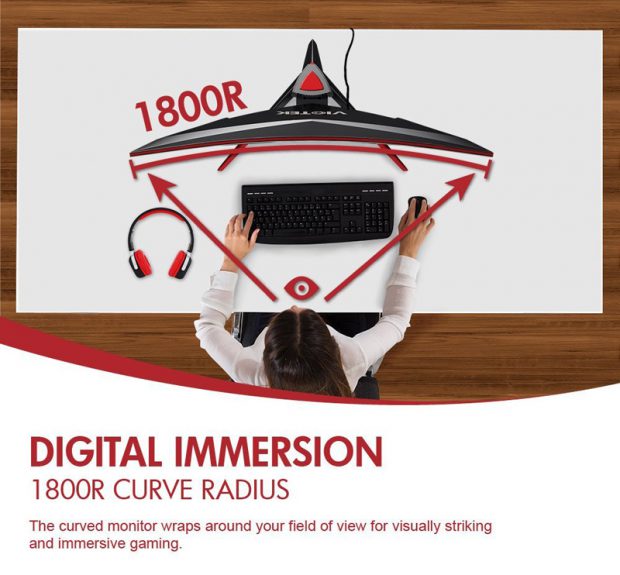 The GN32LD’s on screen display is controlled by simple buttons on the bottom right of the monitor. It has a bit of a learning curve as the menu system is slightly clunky, but it’s nothing too bad. One of the options you can access is the color gamut of the display. Remember to set your color gamut, which is the range of colors capable of being displayed by the monitor, to full. There are numerous other settings to play around with in the on screen menu, such as picture quality, multi-window modes, and rear LED functionality. Take some time to play around with these to get your optimum viewing experience and, again, set that gamut to full before judging it – running the gamut on half will seriously degrade your picture quality.

In terms of pricing, the Viotek GN32LD is currently retailing for $469.99 which is very reasonable given its performance capabilities. Viotek does offer a really cool Dead Pixel Warranty policy in their one year warranty where they will replace the monitor if it has 1 or more dead pixels, 4 or more bright sub-pixels, 6 or more dark sub-pixels, or 5 or more mixed Bright or Dark sub-pixels. This is a terrific policy that ensures their customers will be happy with their purchase. We didn’t note any of these issues in the monitor we got to review. 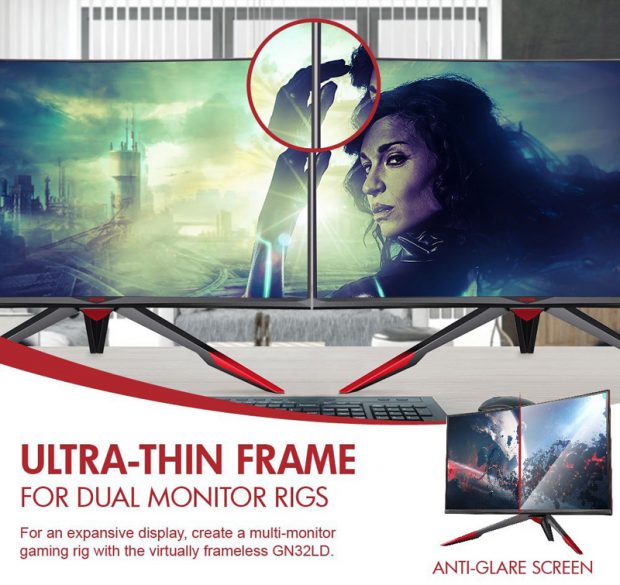 Overall, the Viotek GN32LD curved gaming display is a good display at a reasonable $469.99 that will both allow you to enjoy FreeSync on your Xbox One game console as well as 144Hz 1440p resolution on your gaming PC. The Viotek GN32LD is available now at various online retailers as well as Viotek’s official website. 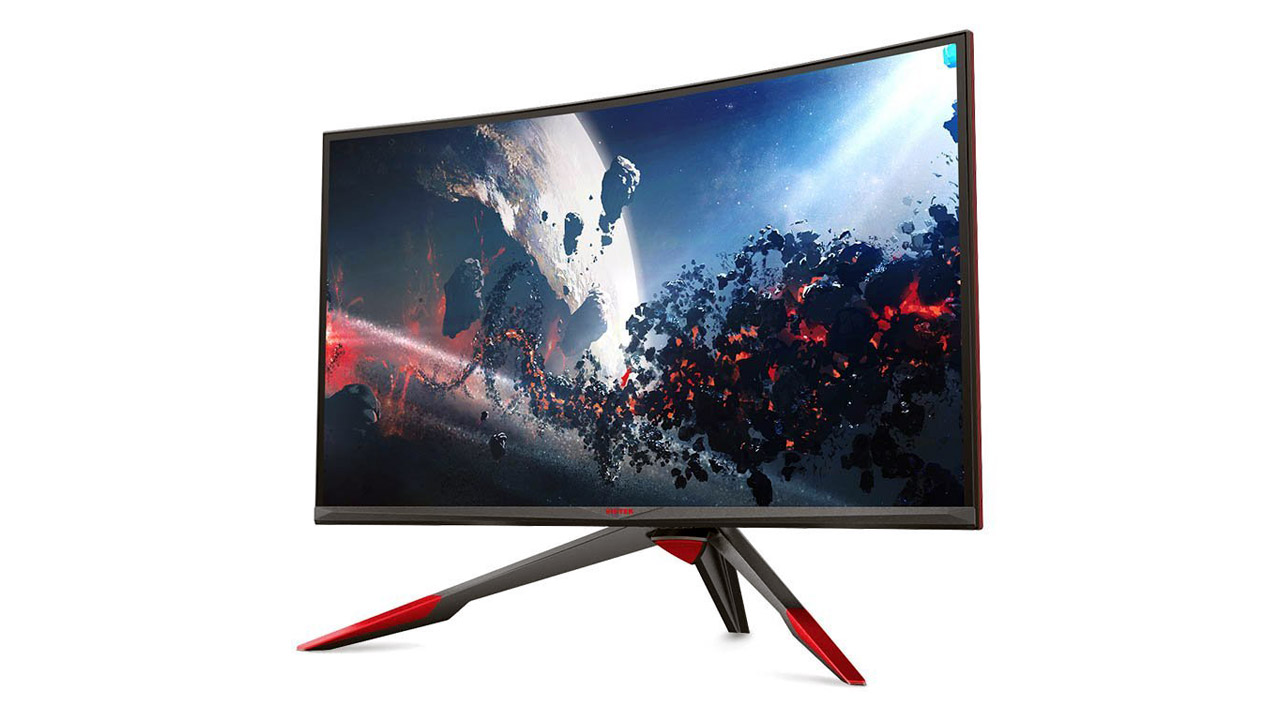