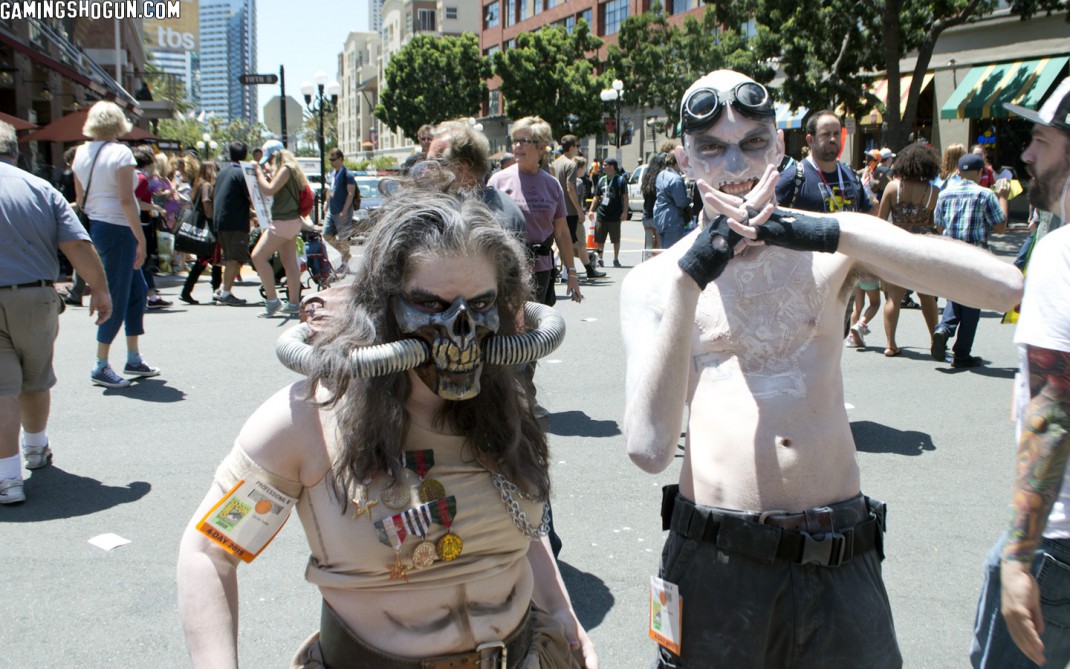 By now, everyone has heard about the annual event that occurs in San Diego that has become the Mecca for all things geek. Officially called Comic Con International: San Diego by the organizers, most of us know it as the San Diego Comic Con, SDCC, or simply as Comic Con. Beginning as the U.S Grant Hotel in 1970 with 145 attendees, Comic Con now takes up every square foot that the San Diego Convention Center has to offer, plus many satellite locations throughout the Gaslamp area, and is visited by well over 130,000+ individuals. What many people don’t know is how much Comic Con has changed since its humble beginnings, and how this change has affected many long time attendees and vendors negatively, with myself included.

Time’s Change Old Man! Get Used To It!

Ok, so let’s discuss the elephant in the room first and get that out of the way. First, a little history about me and Comic Con. I attended my first Comic Con back in about 1994 (could be 1993…damn memory), with my good friend Phil. He had told me about Comic Con and said that I should come down with him. I remember walking up to the Sails Pavilion to register, paid my fee (which under $50 for the full con), signed my name on the badge and went in. What I found at Comic Con that day would change my summers for the next twenty two years.
Comic Con was everything that I wanted in a comic convention. I had attended many events before Comic Con and Phil and I even put together our own comic convention in Anaheim (that is a whole other story), but nothing compared to the glory that was Comic Con. For the first five years of attending, the floor never saw more than 50,000 attendees. Meeting your favorite artist or writer was extremely easy and rewarding. I have memories of meeting people like Dave McKean, Jim Valentino, Jim Lee, Mike Mignola, Charles Vess, Frank Miller, Kelly Jones, and Glenn Danzig on the show floor. My original sketch from Dave McKean is still my most prized trophy from Comic Con.

But then 2002 happened. Before 2002, Comic Con had indeed been increasing in attendance. Every year, about 5,000 or so more people found their way to San Diego, but even with this increase the show floor nor halls ever felt over crowded. We were able to just walk right into many of the panels during this time period, with the Ray Bradbury/Ray Harryhausen panel being the highlight for me. But in 2002, Spiderman was shown to the attendees to a massive, positive reception. Spiderman went on to bring in well over $800 million, so Hollywood began to see a connection between positive Comic Con exposure and box office revenues. In 2003, Hollywood began to bring more and more shows, stars, and non-comic properties to Comic Con. This increased presence by Hollywood meant an increase in attendance, with most people coming down to get a glimpse at the movie stars that come to the con. From 2002-2003, attendance jumped 13,000 while in 2003-2004 it jumped again another 25,000 people. This would become the norm from now on, until Comic Con finally sold out its first ever event in 2008. Why was 2008 so special? Twilight.

What this all means is that Comic Con began as a simple convention that celebrated comics and the culture around comics. What it has turned into now is a geek culture event. I have watched the con change from mostly about comics and the culture around them, to anything and everything that someone who considers themselves a “geek” might be interested. Cosplay? Yup it’s there. Movies and television shows? Everywhere you turn. Video games? Yup, that too. Anime? Absolutely.

So, time’s change and things change with them. I get it. I’m one of the old timers that is sitting on my porch, shaking my fist at the kids in cosplay, yelling “That ain’t my con! Let me tell ya ‘bout them good ole days…”. And those kids are shaking their heads, and rightfully so. My final year of going to Comic Con was in 2015, but I was only attending Comic Con for those last few years because it was something that I had done for so long. The crowds are too much, there was less and less things that I was interested in buying on the show floor, and forget about getting into ANY panel, let alone the popular ones without camping out overnight. Comic Con’s Soul was different and it wasn’t something I liked. 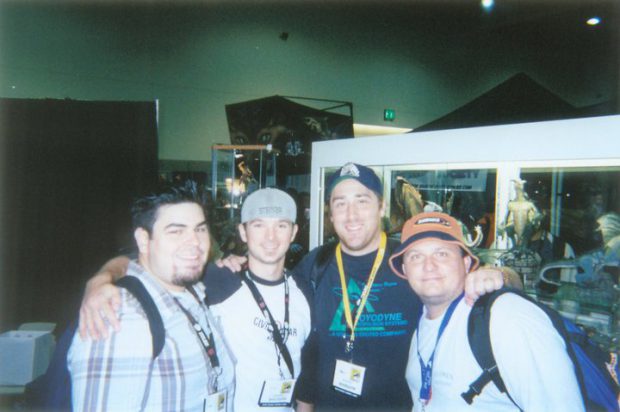 Part of this change from comic focus to general geek focus is the casualties along the way. The cold, hard fact is that comics are far less popular today than they were in the 90s. Comic Con had to evolve in order to stay solvent. However, this meant a shift in the show floor, much to my dislike. Artists’ Alley has become a shadow of its former self, being pushed more and more into a corner, and the Small Press section has tables that sell luchador masks, or naked pictures of girls cosplaying as trademarked characters. This is what the fans want, I get it, but if the section is for Small Press comic writers and artists then keep the masks and porn out of it. One day, there will be a con without Bob the Angry Flower in the Small Press section, and Comic Con will be poorer for it.

But what really caused me to write this essay, was the loss of two iconic vendors from the show floor; Mile High Comics and Bud Plant. Chuck Rozanski, owner of Denver based Mile High Comics, ended his 44 year run in 2017. Chuck described Comic Con as having “grown far beyond its original premise, morphing from what was originally a wonderful annual gathering of the comics world, into a world-renown pop culture and media festival”. Chuck then cites “rapidly escalating costs, and also a dramatic change in the demographics of its attendees” as two reasons to not continue attending Comic con as a vendor himself.

This year, Bud Plant also called it quits from Comic Con. Bud Plant is one of two vendors that has attended every con, from 1970 until present. 47 years straight Comic Con had a Bud Plant booth on the show floor, but not this year. In May, Bud Plant announced on Facebook that they would not be making the trip to San Diego this year. I remember the first time I saw Bud Plant’s booth at Comic Con. When I say booth, what I really mean to say is aisle. Bud Plant had 11 booths that would make up of his section on the floor, and would take up most of the aisle. But in 2008 (the year Twilight made its Comic Con appearance, remember?) Bud Plant has been shrinking his booth count until it was down to just one. Like Chuck, he says that “the attendees these days are, in general, not our customers or they are not looking for books”. He continues to say that “many former customers can’t get tickets or have chosen to stop coming”. Bud Plant will continue to do the smaller shows that focuses on comics and rare books, but will no longer support Comic Con as a vendor.

To me, a Comic Con without Mile High Comics and Bud Plant just isn’t a Comic Con anymore. Well, at least we still have Bob the Angry Flower, but for how much longer? 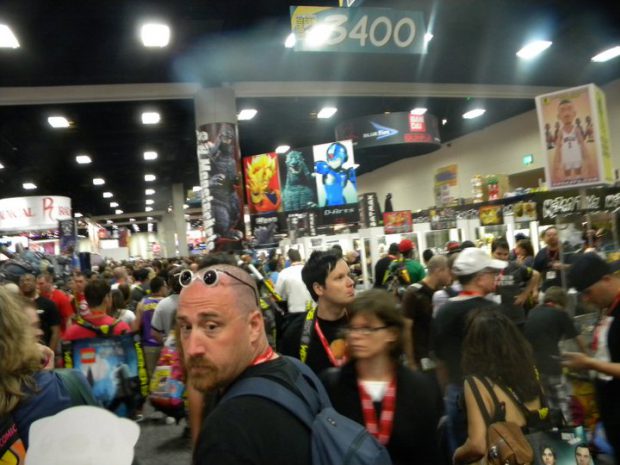 So really, what is the point to writing this? The old Comic Con crowd who reads this probably already feels the same way I do and stopped going years ago, and the new Comic Con crowd is too busy getting the finishing touches on their cosplay and coordinating their Hall H team to get into Saturday’s programming. So, if I’m not trying to convince one side or the other to come over to my point of view, why write this? Emotional closure is why, this is a eulogy. When something has been in your life for so long and it comes to an end or has changed to the point that it no longer fits your image of what it should be, it hurts.

Since 2015, I have undergone many life changing (shattering?) moments that I have had to deal with and say good bye to. I have had to say good bye to two cousins, an uncle, a marriage, two houses and Comic Con. While Comic Con is most definitely the last on this list in terms of priority (hence why it’s taken 3 years to write this), to say that it hasn’t had a major impact on my life is to be insincere.

I do not blame the people in charge of Comic Con for the change, they had to do what was necessary and they succeeded in making Comic Con the premiere event of its kind. Only the New York Comic Con can even come close. I don’t blame the cosplayer, the Twilight fan, the guy selling luchadore masks or the girl selling nude photos of herself in cosplay, each of these people have made Comic Con work for them, just like I did. Each one has something different they want Comic Con to be, and for them that’s great. So, who is to blame for this change? Time. Change is inevitable, either you like it or you don’t, but you can’t stop it. So, Comic Con, keep doing what it is you do. Hopefully, one day, Hollywood will leave Comic Con to the people it was created for, the comic fans. 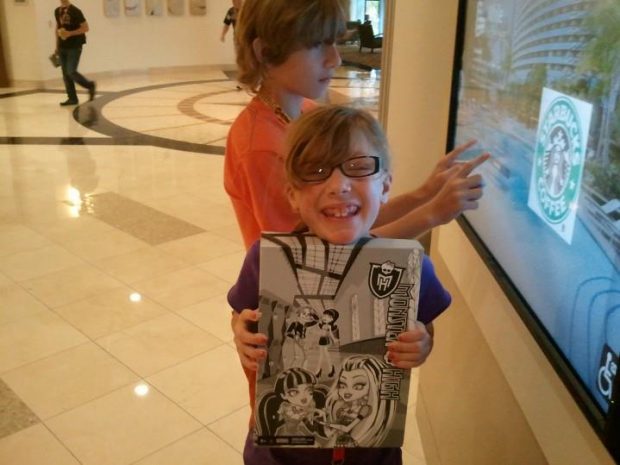 I think I miss this the most…

These are just some of the memories of Comic Con that I keep with me, these are in no particular order and I don’t remember years anymore.

⦁ My son’s first con.
⦁ My daughter’s first con.
⦁ My son’s face the first time he saw someone that he recognized from tv (Adam Sessler from X-Play).
⦁ My daughter meeting Gus and Lindsay from Rooster Teeth.
⦁ Every year my daughter got her Monster High Comic Con Exclusive.
⦁ Meeting Laura Weis and Tracy Hickman, authors of the Dragonlance books.
⦁ G4 Arena meet up with Ray, Adam, and Wyntah.
⦁ Screening of Mimic with Guillermo del Toro who was there to answer questions.
⦁ Ray Bradbury and Ray Harryhausen panel.
⦁ Standing in line to get a beer with Jay Mewes on a golf course in the middle of the night.
⦁ Barely being able to find my way to the Clarion Hotel after having waaaay too much to drink at an after party.
⦁ Meeting Stan Lee.
⦁ Watching Dave McKean whip up a beautiful sketch for me in under 30 seconds.
⦁ Conversation with Sergio Aragones.
⦁ Lunch at the San Diego Burger Company and the crawl back to the convention center.
⦁ Finding The Ring videotape from the street corner outside.