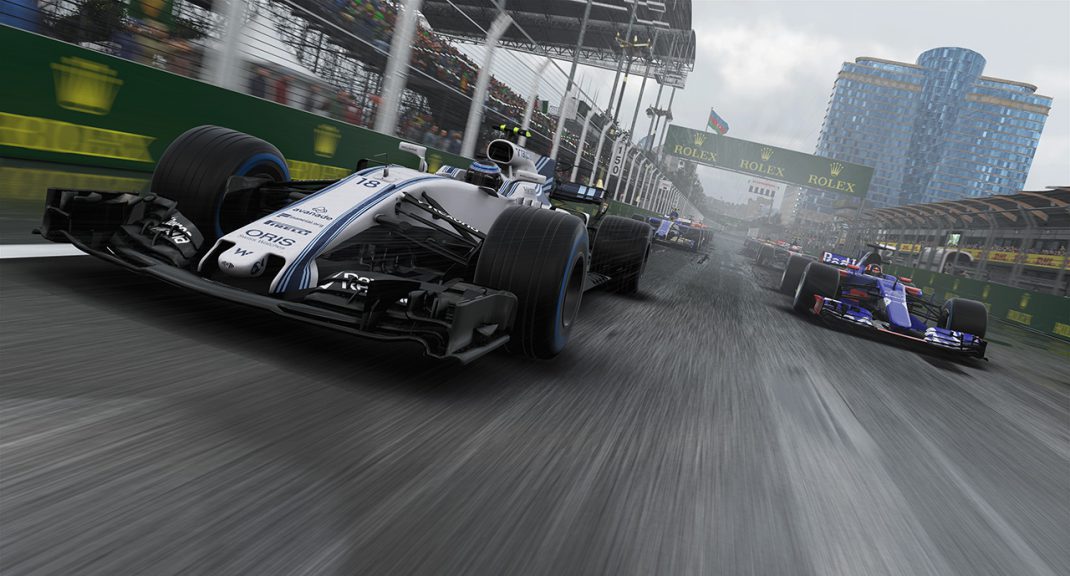 June 19, 2018 – Formula 1®, the pinnacle of motorsport, today confirmed the 40 online racers who have qualified for the next stage of the F1 Esports Series – the Pro Draft. On Monday 9th July in London, representatives from the nine F1 teams participating in the F1 Esports Series 2018 will use the Pro Draft to select which drivers will join their own esports teams and compete as a professional in the latter part of the season.

Over the course of the four online qualifying rounds, 66,000 players battled it out to secure a place in the Pro Draft, completing 1.1 million laps. A total of 111 territories  (from A for Albania to Z for Zimbabwe) were represented, competing in F1 2017 – the official game of the FIA FORMULA ONE WORLD CHAMPIONSHIP™, on the PlayStation®4 computer entertainment system, the Xbox One family of devices including the Xbox One X and PC – with Great Britain leading with 23% of the players, followed by USA (16%) and Germany (13%).

The F1 Esports Pro Draft will see the players travel from 15 countries – including the UK, Chile, Germany and Finland, amongst others – to historic Silverstone in the build up to the Formula 1 2018 Rolex British Grand Prix. There they will undergo a series of tests, assessments and interviews with the teams to demonstrate why they should be selected. The Pro Draft will be streamed online on Facebook and will also be shown live on television.

Once selected, the official esports drivers will represent their real-world teams later on in the season as they race in the three live events that will determine the 2018 F1 Esports Series Teams’ and Drivers’ World Champions. There will be a prize fund of $200,000 allocated to the teams based on their positions in the team standings.

Of the 40 players confirmed for the Pro Draft, 36 came through the Open Qualification phase – four online events on the F1 2017 game followed by four sets of races on each of the three platforms. The fastest nine players on PS4, Xbox and PC have all qualified. Two more players qualified through the Online Qualification Wildcard and are joined by Fabrizio Donoso Delgado and Sven Zürner, who both qualified through last year’s competition finishing respectively 2nd and 3rd.

The F1 Esports Series is operated in partnership with Codemasters, the developer and publisher of the official Formula 1 video game franchise and Gfinity, one of the world’s leading esports companies.

“Last year’s series was a great success and based on the level of those who have qualified for this year’s Pro Draft, the 2018 season is shaping up to be even more exciting. The drivers will now battle it out for what is a truly incredible opportunity. With the F1 teams involved we have been able to combine the power of Esports with the magic of Formula 1, establishing an authentic series that builds on what we have on the grid. We can’t wait to watch the action unfold.”

“We have been incredibly impressed with the speed and race craft that we have seen from our players during online qualification. We have 40 outstanding racers ready for the Pro Draft, with a near equal split on returning finalists and semi finalists from last years competition, and new drivers who are ready to experience the thrill of the live events for the first time. For our gamers to have the opportunity to join a real Formula 1 team is an incredible opportunity and we cannot wait to see them perform on the biggest stage on F1 2018.”

“The online tournament has seen a record number of competitors and the competition has been incredibly competitive. We now look forward to welcoming the top players and their potential Teams to the Gfinity Esports Arena for the Pro Draft as we enter the second phase of our activation.”

For more information on the F1 Esports Series visit www.f1esports.com.